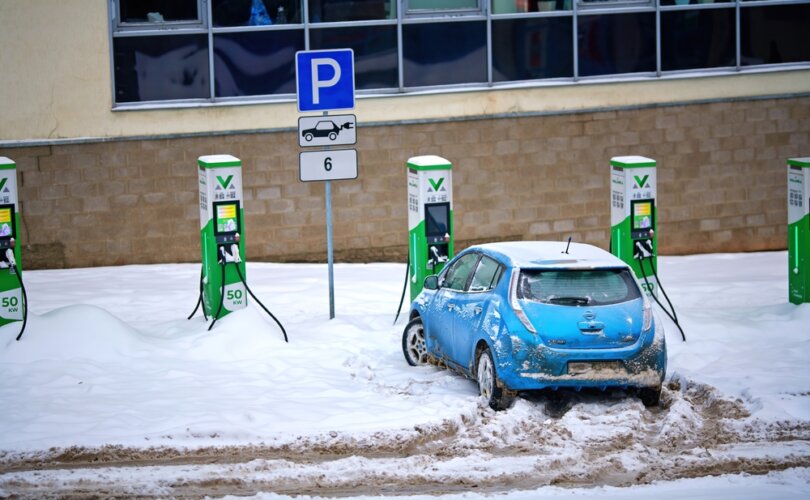 (LifeSiteNews) — Over the Christmas season, the Trudeau government announced proposed new regulations on vehicle manufacturing and sales in Canada. Among the insane regulations was the delusional idea that by 2030 – that is, in 7 years’ time – 60 percent of new vehicles in Canada will be electric. This isn’t just brazenly stupid; it is malevolent and dangerous. It will likely get significant numbers of people killed.

The proposed regulations are full of crazy impossibilities that I shouldn’t have to explain to any person with an IQ higher than that of an 8-year-old, but alas, I can’t say that about the Canadian government, so I’m going to have to point out those impossibilities, and hopefully some of those who read this will share it with their MPs (Members of Parliament) for their education.

I’m going to get into the main problem, that is, the batteries of EVs (electric vehicles), but I’ll start with a few of the more obvious issues. The proposed regulations state that they are going to be supporting the transition to 100 percent zero-emission vehicles. Some of those supports include:

‘Make sure zero-emission vehicles are available’

This is an impossible target, because EVs sales are terrible in Canada, and for good reason which I’ll get into later. How does the government plan on making them more available when any basic risk analysis will show it would be a loss for the manufacturer? Will they make vehicle manufacturing a state industry like in Cuba?

Going to have to fix inflation first. They are already using slave labor to mine the raw materials for the batteries in EVs, so I’m not sure how they can lower the cost, unless them make the whole process from start to finish a slave industry. But I suppose that by 2030 you are supposed to own nothing and be happy, just like a slave.

This is a big one. According to “Kalibrate’s 2021 National Retail Petroleum Site Census”, there are fewer than 12,000 gas stations in all Canada, and yet the government of Canada says they plan on installing 85,000 charging stations across the country in less than 4 years, by stealing the money to do so from Canadians via their taxes. No mention of how they would have a grid that can transmit the power for those stations, or how that power would be generated. They must be including in-home installations in that figure, because in order to charge the new RAM 1500 slated for 2024, you need 800V to charge the truck in your 120V house. Unless of course, they expect people to charge outside the home, and wait the 3-6 hours for a full charge.

That leaves us with the most glaring and obvious problem with EVs in Canada.

From December 19 to 21, 2022, we experienced a cold snap where I live. It happens several times a year in Canada, and anyone from the Rockies eastward knows how cold things can get in Canada. For me and my visiting family, it got as low as -37C (-34.6F) with a wind chill of -50C (-58F). If you were out driving in that, without a cover on your radiator, your antifreeze would have turned to slush and your car would have stalled and died on the side of the road. If you were home, you would have plugged your block heater in and started the car every few hours.

Why would you have needed to plug your block heater in? Well, at low temperatures, oil thickens and gasoline gels, so you need more “Cold Cranking” amps on your – you guessed it – battery. When you buy a car battery in Canada, it is common practice for the vendor to list cranking and cold cranking amps next to the price. This lets you know at what temperature they will still be able to start your vehicle. The lower the cold cranking amps, the fewer times you will be able to turn over your engine, when trying to start it, before the battery goes dead.

What a lot of people don’t realize, because it isn’t taught in school anymore, is that once your battery is dead, if you don’t charge it and warm it up, it will freeze solid. Standard car batteries have a percentage of water in them; EVs have a chemical liquid mix. Once a battery freezes, it is toast. It must be replaced. The critical barriers that are stacked inside the battery are destroyed. Cracks or perforations can occur, what any fourth-grade science class will tell you happens when things freeze and expand and contract. With EV’s, when the batteries do eventually thaw, chemicals that are not supposed to mix begin to leak through the perforations, and next thing you know your new EV, your garage, and maybe even your house is a raging inferno.

There are many situations where goofball accidents can occur as well which, while costing about $150 to fix on a traditional internal combustion engine, would be a costly $40,000 or more “oopsie” with an EV. I guess all those child slaves in the cobalt mines of the Congo died for nothing, because you left your dome light on.

And those oopsies do happen, sometimes without us even being at fault. For instance, in this last pre-Christmas cold snap I mentioned, I had my parents and a couple of my brother’s kids visiting for the joyous season. They had borrowed my sister’s van to drive over. It was very cold, and the side doors on the van were sticking because of the cold. Because of this issue, my mother very carefully made sure the side door was closed before going into the house.

Because I have only a limited number of exterior plugs for block heaters on my house, we determined to start the cars first thing in the morning, so that we would not have any trouble starting them when we needed them. When I went out later to start the van, the battery was so dead, I couldn’t even unlock the van with the electric locks. The locking mechanism for the side door had not engaged properly because of the cold, and although the door was closed earlier, it had popped back open due to the pressure of the seals on the door. This caused some interior lights to turn on, and voila! Dead battery.

And it was not just a dead battery, it was a 15 lb brick. It had frozen solid because of the lack of charge (which normally gives it some latent heat) and the cold temperatures. $150 later, we had the van going again.

Don’t fool yourself: the Trudeau government knows about these issues, but they pretend they don’t exist, so they can pretend they are righteously saving the planet and pretend to care. But the bottom line is: the environment in Canada is too cold for EVs to be practical and safe, the infrastructure for charging EV’s doesn’t exist, the manufacturers both don’t exist and don’t want to exist in a free and open market, slaves have to be born and die to provide the raw materials for EV batteries, and the dangers of being stranded or having your house go up in flames are an unacceptable risk when you factor in the cold causing a catastrophic battery failure.

The only conclusion I can come with for Trudeau’s ‘just transition’ plan is that they expect Canadians to ‘just die’ for the planet. Since depopulation is their goal with “Agenda 2030”, what better way than to eliminate the ability to transport food, destroy and ban efficient sources of heat, and confine people to their homes to freeze and starve, for the good of the state. Make no mistake, the “Green Agenda” is a global genocide agenda.