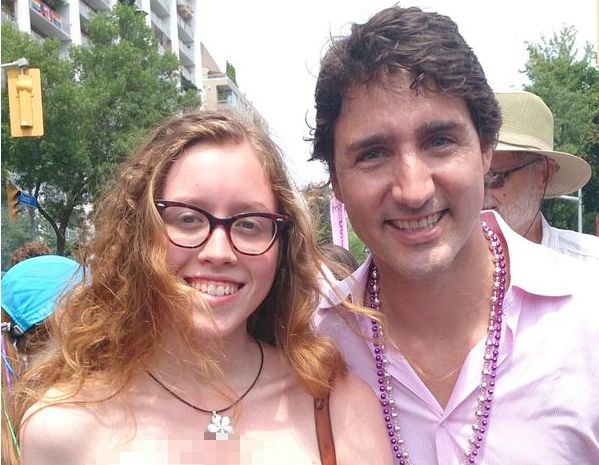 July 5, 2018 (LifeSiteNews) – On July 2, the Globe and Mail published an interview titled “Conservative status of women critic Rachael Harder challenges Liberal version of feminism,” and the 31-year-old Lethbridge MP pulled no punches in her conversation with parliamentary reporter Laura Stone.

Harder, who was blocked by Liberal and NDP members of the House of Commons committee on the status of women last year from taking her place as the chair because of her pro-life convictions, is not backing down. “I’ll always advocate for the pre-born,” she told Stone—and then took aim directly at Justin Trudeau. “The Prime Minister is dictating to women and girls across this country what a right type of woman or girl looks like,” she noted. “That’s incredibly ignorant.”

Although Ms. Harder obviously had no control over the timing, July 2 turned out to be a pretty lousy day for Trudeau’s feminist reputation. The Daily Mail published a column detailing allegations that he groped a female reporter at a music festival in Creston, BC, eighteen years ago—with Trudeau claiming that he “doesn’t remember any negative interactions” that day. CNN also published a story on the allegations, noting that the anonymous woman had talked to several people about the alleged interaction right after it took place.

A few hours later, The Guardian came out with an article that examined an editorial written by the woman herself, recounting that Trudeau had allegedly apologized to the journalist later: “I’m sorry. If I had known you were reporting for a national paper, I never would have been so forward.”

In the several days since then, nearly every major newspaper in Canada—even the Toronto Star—has come out in nearly universal condemnation of Trudeau’s reaction to the allegations, noting that he is refusing to abide by the rules that he set for his own colleagues. After all, the Star noted, a number of Liberals have been swiftly and harshly punished for allegations that are not nearly as serious as the accusation leveled against Trudeau—but because the Prime Minister insisted publicly at the time that his behavior had always been above reproach, he has neatly boxed himself into a corner.

He now has only a few choices at his disposal. He can call the woman a liar, which would fly in the face of his stated position that allegations should be believed. He can admit that he did it and grovel for forgiveness while hoping people won’t expect him to impose his own standard on himself. Or he can carry on with his vague lawyer-speak of “not remembering” any “negative interactions,” which says precisely nothing. For all we know, Trudeau found his alleged groping experience to be quite a positive interaction from his perspective, and thus his slippery response is technically truthful.

Either way, nobody seems to be buying it.

Regardless of how the allegations against Trudeau play out, what this new information has done is lend an air of rank hypocrisy to the Liberal preening about their feminist agenda.

Liberal cabinet ministers have been denouncing Rachael Harder’s comments to the Globe with great indignation since the interview was published, all the while ignoring the fact that a dark cloud looms over the head of their feminist flagbearer. It is a bit rich to see them huffing and puffing in outrage over the sheer gall of Rachael Harder for daring to advocate for her own deeply held convictions, while surely sweating nervously that one of their female colleagues across the aisle might choose to take the topical opportunity to inquire about the current condition of Trudeau’s “zero tolerance” policy for Liberal politicians accused of sexual harassment.