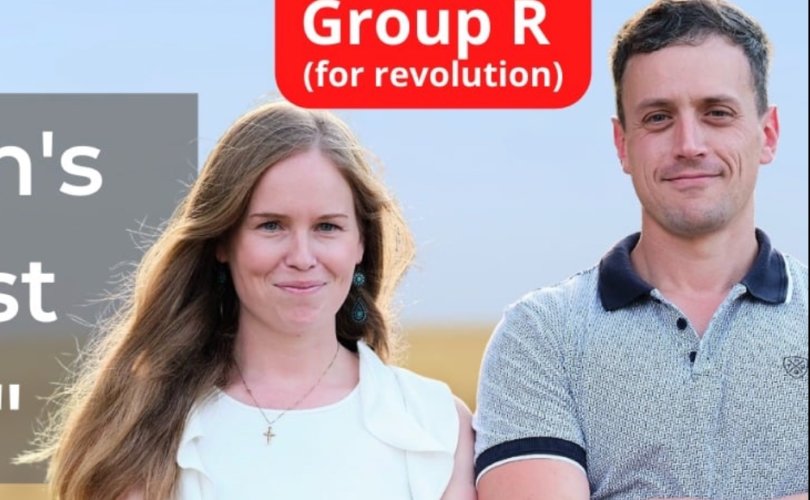 CANBERRA (LifeSiteNews) — If there is one word to describe Australia’s recent federal election, it is “fragmentation.” At first glance, it looks like the parties fighting against medical tyranny had a disappointing result, but that is deceiving. These so-called ‘freedom parties’ captured about 12-15% of the vote, which is about double the number of those who came out to protest in the streets against vaccine mandates and lockdowns.

In doing so, they fractured the two-party monolith in Australia and, although they will not have the balance of power in the upper house (that is, the Senate, which can only block legislation), they could still end up with significant representation.  It is clearly the beginning of a powerful movement dedicated to true democracy, and if it continues it is likely in the end to undermine two-party dominance in Australia.

Perhaps the best indication of just how big the changes are is that the winning party, the Australian Labor Party, got less than a third of the vote. The losing Liberal party actually got a larger share, about 35%.

In the past, anything less than 40% of the vote was considered a losing hand. But because of fragmentation, Labor got in through second or third preferences from voters for whom independent parties were first choice. (In the Australian system, voters can choose people from different parties, ranking them first, second, etc.) That has not happened before.

Greens, who enthusiastically support medical tyranny and are frothing at the mouth to impose climate change restrictions on Australians, did very well, as did the so-called Teal independents, who are a mixture of Green and “blue” conservatives.

But as Turning Point Australia explains, the success of the Teal independents in the lower house was probably more to do with voter disgust with the major parties.

By voters putting the two main parties last, the perverse effect was to elect members of independent parties that are even more inclined to tyranny.

Fragmentation was a problem for freedom parties opposing the medical tyranny. There were many candidates on the ballot, especially in the Senate, with similar messages. Some were older or well-funded players who got significant support, such as the United Australia Party, Pauline Hanson’s One Nation Party, and the Liberal Democrats, but there was no united focus, as with, say, the Greens. To build on what has been achieved in the last two years, voters need to have a single freedom party to support.

There is no doubt disgust with government is intense. Not only was fragmentation extreme, 6% of the votes were informal (that is, a blank or incorrectly filled out ballot), which is an unusually high number. (Australia has compulsory voting, so voter turnout itself is over 90%.) This, too, suggests that if the parties pushing for democratic accountability forge ahead, a new and transformative political movement will be born.

Counting Senate votes is dauntingly complex because preferences are allocated, and the results are based on proportional representation. It can be done only using a computer, and the votes have to be typed in manually while scrutineers watch. It will not be concluded for at least a week. Nevertheless, Turning Point believes that the freedom parties have a chance of picking up half a dozen seats, which would be an excellent result.

In the future, the political challenge for freedom parties will be to solve the problem of fragmentation. Candidates need to align around their points of agreement, not bicker about differences – as the saying goes, disunity is death in politics. It is no surprise that relatively immature candidates had difficulties. It is perhaps why Pauline Hanson, a very seasoned politician, did well in the lower house (that is, the House of Representatives) and may do well in the upper house (the Senate) if the preferences fall the right way.

Fragmentation was not the only thing that was new. The Australian Electoral Commission (AEC), normally extremely rigorous, especially in its double and triple counting, committed an outrage. There are two types of Senate candidates: above the line and below the line. If you vote above the line, you must tick only six boxes. If you vote below the line, you must tick several boxes

To get listed above the line, you must prove you have enough support to be considered a significant player. But the AEC destroyed the chances of some independents—if not deliberately, then at least through criminal negligence. Some independents above the line, including Morgan Jonas and Monica Smit, did not have their names listed. There was just a number and box to tick. All candidates below the line had a name.

AEC officials then told voters (it happened to this writer) that if there was no name it was either a mistake or the candidate had withdrawn. In other words, Australia’s electoral officials actively discouraged some voters from placing their ballots correctly.

That is a crime, and if Australia still had a functioning legal system, there would be hell to pay.