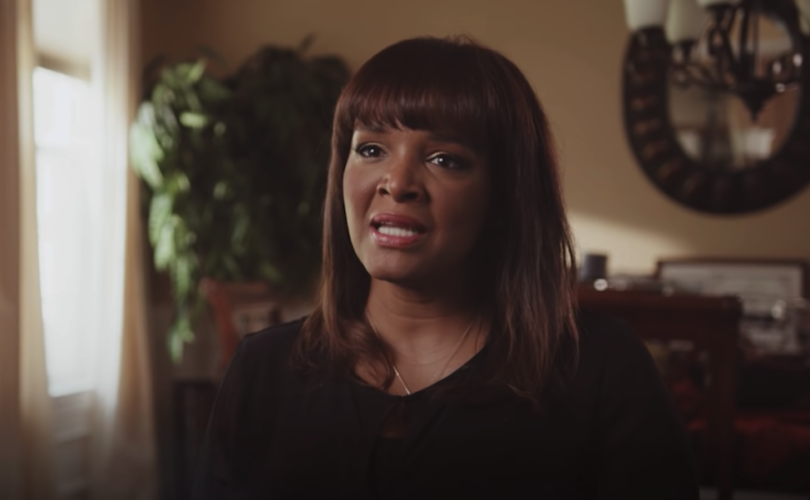 The Pennsylvania Senate primary race is particularly important because it pits an underdog pro-life warrior against others who share neither the pedigree nor promise of fighting on behalf of the dignity of all human life once elected to office.

Against daunting odds, Barnette’s popularity is now surging in the final stretch of the campaign before next week’s primary elections.

Although GOP candidate Oz has reportedly invested more than $11 million of his own money, Barnette is now running neck and neck with Oz, despite being at a massive funding disadvantage, according to The Philadelphia Inquirer.

“Kathy Barnette has been outspent 358-to-1 on TV in Pennsylvania’s GOP primary for the Senate,” noted Politico’s Holly Otterbein, who refers to Barnette as an “Ultra-MAGA” longshot.

“She hasn’t run for statewide office before. She doesn’t have former President Donald Trump’s endorsement,” observed Otterbein, but Barnette “is surging in the polls anyway in the final weeks of one of the most expensive and closely watched races in the country.”

Just a week ago, Barnette enjoyed the support of only a little more than 12 percent of GOP voters, however, in the latest survey of Republican voters in the Keystone State released by the Trafalgar Group on Sunday, Barnette was shown to have the backing of 23.2 percent of likely voters, with Oz garnering 24.5 percent. This amounts to a statistical tie and represents a doubling of support in just a few days’ time.

“When they cancel me, they’re canceling you,” tweeted Barnette this morning. “Wikipedia just pulled my page down with a week left to go in the election.”

“No one said this would be easy. They don’t like giving up power,” she said.  “They forget that the true power is with the people, though.”

When they cancel me, they’re cancelling you.

Wikipedia just pulled my page down with a week left to go in the election.

No one said this would be easy. They don’t like giving up power.

They forget that the true power is with the people, though. pic.twitter.com/jKN6drK6sX

While Oz has until recently publicly supported abortion and only changed his stance as he launched his Republican candidacy, Kathy Barnette has been a tireless, outspoken life-long pro-life advocate.

“I am the byproduct of rape,” Barnette told LifeSiteNews’ Jim Hale in March. “I am one of those exceptions to some people’s rule, and yet my life has value. I am so very grateful to God that there were adults in the room,” referring to her mother’s family.

If she prevails in next week’s primary and in November on election day, Barnette will hold several notable distinctions: Pennsylvania’s first ever female U.S. senator; only the 10th woman ever to have served in both the U.S. military and in Congress; and the first black Republican female U.S. senator in American history.

It looks like President Trump and Ambassador Grenell have made a grievous unforced political error in the eyes of those who value the dignity of unborn human life.

When Trump threw his support behind Oz at a Greensburg, Pennsylvania, rally on Friday, the crowd greeted his announcement with repeated boos.

Grenell subsequently picked up the baton from Trump and posted a video endorsement of Oz.

“I know what Washington is like.  I know that you’ve got to have fresh voices to absolutely go after the swamp,” said Grenell, pointing to Oz, “and I know this guy is going to take on the swamp.”

“Send him to Washington and let’s drain it,” he added.

A majority of Grenell’s Twitter followers reacting to the Tweet wanted nothing to do with Oz. His Tweet was quickly ratioed, with negative comments outnumbering “likes” two-to-one early on, although the gap has closed a bit as of this writing.

“Going to disagree on this one big time,” wrote Ronnie Serpico reacting to Grenell. “Kathy Barnett is the real choice.”

Going to disagree on this one big time. @Kathy4Truth is the real choice

“I’m in PA.  Most of the Republicans I know are voting for Kathy Barnette,” announced Wendy Gail.

I’m in PA. Most of the Republicans I know are voting for Kathy Barnette.

“I don’t understand this endorsement,” wrote Twitter user Andrew. “You clearly haven’t researched Kathy Barnette because she’s incredible and will be the fighter PA needs.”

I don’t understand this endorsement. You clearly haven’t researched @Kathy4Truth because she’s incredible and will be the fighter PA needs.

“Nope,” proclaimed PalmTreeBound.  “45 is wrong about Oz and so are you.”