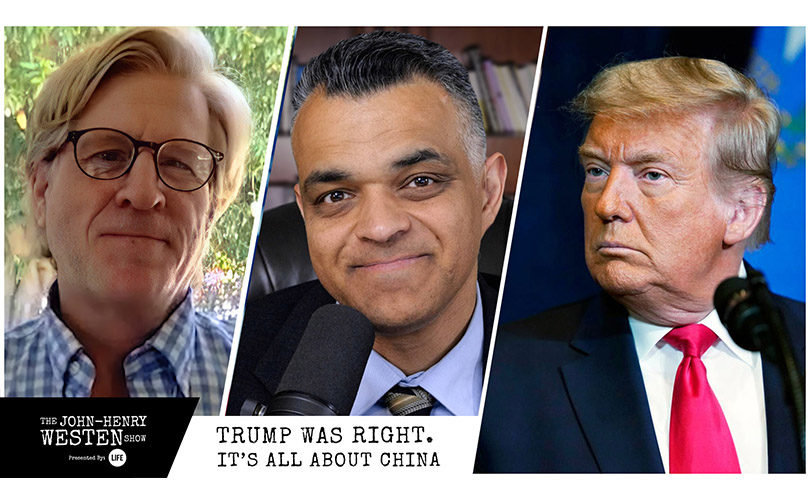 June 11, 2021 (LifeSiteNews) – Jack Maxey’s investigative work into the Hunter Biden laptop has been completely vindicated as authentic in an investigation by the Daily Mail. The U.K.-based newspaper, one of the largest in the world, commissioned an expert forensics group to verify the contents of the laptop, and they showed it to be authentic.

In this explosive interview, I discuss with Maxey exactly how the media, the FBI, and other U.S. intelligence agencies were involved in covering up the corruption of the Biden family, especially their agreements and collaboration with members of the Chinese Communist Party (CCP).

In fact, the former co-host of Steve Bannon’s War Room tells me that as early as April, Hunter Biden is still a partner with a CCP-controlled company called Bohai Harvest. Maxey calls the firm “a front operation for Chinese espionage so that they can buy Western strategic assets.” And the sitting president’s son is still on the board of this company, while Biden is holding office.

Maxey also describes how this Chinese organization made deals with leading American government officials, including the “Secretary of State, Secretary of Treasury, Secretary of Commerce, Department of Defense, and, I believe, the director of National Intelligence on behalf of the executive branch.” He states that the U.S. “intelligence community is corrupted at the highest levels,” and the Hunter Biden laptop proves this.

Maxey highlights how the media, what he calls “the fourth estate,” has played a role in colluding with the intelligence services. He says that back when the laptop story first came out, towards the end of the 2020 election season, an open letter was released, and rapidly flooded the media. This letter from top former government officials stated that the Hunter Biden report was “a fabrication of Russian intelligence,” so as to interfere in the election.

But as the recent Daily Mail investigation concluded, every bit of information exposed in the laptop is authentic, not fabricated. Maxey characterizes the cover-up of this important story, from the beginning until know, from the intelligence community to the media to the Democratic primary candidates, as the “absolute election interference.”

As his fight to fully expose the Biden family still continues, Maxey remains hopeful that more people will become truly aware just how vast the corruption in the United States is, and that it will be completely exposed. He calls on people to pray for America, “not [to be] afraid, [and to] pray your rosary all the time, and all will be well.”