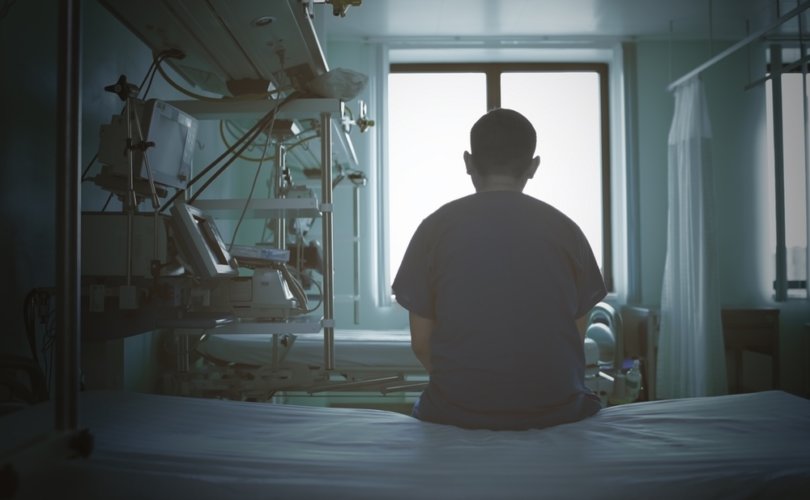 January 29, 2018 (LifeSiteNews) – The slippery slopes of the Netherlands’ euthanasia regime are becoming streamlined as they grow slick with blood—and now, even some of those who have worked in the dispatch industry for years are becoming uncomfortable as the Grim Reaper annexes more territory with barely a whisper of protest from those tasked with protecting the vulnerable.

Berna van Baarsen, a medical ethicist in North Holland who worked on a Dutch regional assessment committee for euthanasia determining whether killings were carried out legally, resigned on New Year’s Day in response to a Dutch law allowing “non-consenting” patients with dementia to be killed by doctors.

In order for so many people to be legally killed, language itself had to be murdered first.

“Non-consenting,” of course, means simply killing someone against their will. But “non-consenting” sounds so much more pleasant, as if some frivolous courtesy were being violated rather than the sanctity of human life. Or in the slippery language of Article 2.2 of the Dutch euthanasia law:

If a patient aged sixteen or over who is no longer capable of expressing his will, but before reaching this state was deemed capable of making a reasonable appraisal of his own interests, has made a written declaration requesting that his life be terminated, the physician may comply with this request unless he has well-founded reasons for declining to do so.

Van Baarsen, who has spent a decade signing off on killings of all sorts, finally drew the line and quit when the time for her to rubber-stamp the killings of demented old men and women came.

“I do not believe that a written declaration of intent can replace an oral request for incapacitated patients with advanced dementia,” she told one magazine. Mind you, she doesn’t object to killing all incapacitated patients—if they have cancer and had previously expressed a desire for euthanasia, but then lapse into a coma, van Baarsen was find with knocking them off then. “That’s fair,” she said.

It’s the fact that it is nearly impossible to tell whether killing someone with dementia is in accordance with law, van Baarsen said, that led to her resignation.

“That disease is more erratic and patients often live longer,” she told one magazine, “A lot of things can happen during that period. For instance, a patient might say that she would want euthanasia if she no longer recognizes his relatives. This could happen. But at a next visit she can still recognize her partner or her children. What is the right moment to grant euthanasia?”

The ugly truth is that the family of the elderly man or woman often decide. In one appalling case recently, an old woman with dementia – who was living a pleasant life in a nursing home – was executed by a doctor who decided that her condition had advanced far enough to terminate her. Sleep-inducing drugs were slipped into her coffee, but she woke up and tried to resist the procedure. The doctor ordered her relatives to hold her down while he gave her the lethal injection, and she died. A Dutch panel cleared the doctor of any wrongdoing last year.

Perhaps van Baarsen had that example in mind when she explained that after a decade of body-bags, she’d finally found herself at a corpse too far:

“It is fundamentally impossible at this stage to establish that the patient is suffering unbearably, because he can no longer explain it”, says van Baarsen.

Sometimes patients act aggressively after being admitted to a nursing home, even shouting that they want to leave. “It is of course possible that the patient is suffering unbearably,” she admits. “But does the same applies to a nursing home resident who is sitting quietly in a corner? If you are not entirely sure, you cannot presume that they are suffering unbearably.”

Van Baarsen is not the only member of a euthanasia review committee to resign over the interpretation of the law. Three years ago ethicist Theo Boer also stepped down and has become a harsh critic of the Dutch euthanasia system.

The simple truth is that these euthanasia laws will inevitably arrive at their logical conclusion: Suicide on demand, for anyone who wants its. The Netherlands is already considering legislation that will allow old people of a certain age to off themselves with the assistance of the state when they decide that they have “finished living”—ready when you are, mother—and it is unlikely that things will stop there. As my colleague Blaise Alleyne and I explained in a little apologetics book we wrote last year, A Guide to Discussing Assisted Suicide, societies will either seek to provide suicide prevention or suicide assistance. Once we have legislated the premises for the ultimate self-harm and given doctors the right to kill, we have set off down a very dangerous road.

And as we have seen with the Netherlands, that road can end with relatives pinning a struggling old woman who innocently drank a laced cup of coffee given to her by smiling friends, and awoke to find her doctor trying to kill her. She fought for her life, but to no avail. The needle went in, the poison coursed through her elderly body, and it was done. The word “euthanasia” is Greek for “good death.” What an utterly cruel joke.