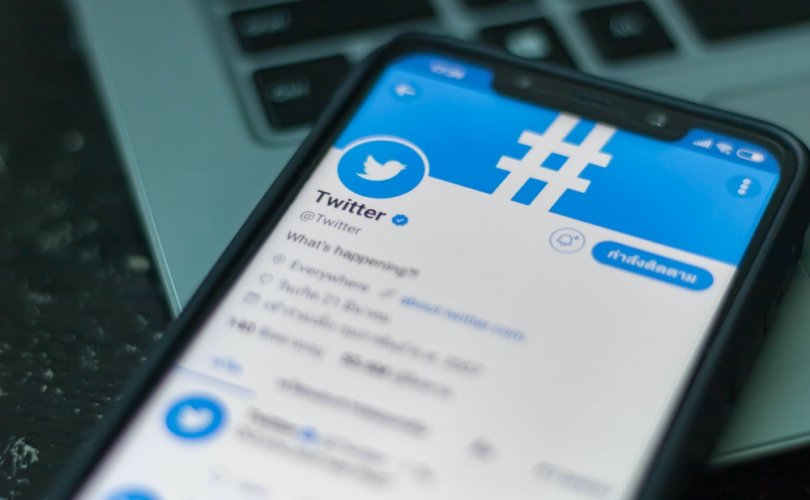 May 26, 2021 (LifeSiteNews) – The Twitter police come for everyone eventually. Your humble correspondent was reminded of that the hard way Wednesday after daring to correct a tweet by someone more in line with the social giant’s approved “facts.”

It all started when I noticed the following tweet by College Fix reporter and USA Today contributor Christian Schneider:

Conservatives mock the term “my body, my choice” when it comes to abortion because they point out the health of another human is also at stake. But then they use the phrase in opposing vaccine mandates, even though – once again – other people are at risk.

This is fallacious on multiple levels. First, conservatives generally adopt “my body, my choice” in the COVID-19 debate expressly to highlight the hypocrisy of liberals who use it as justification to let people destroy the bodies of innocent children while they’re inside (but not part of) women’s bodies, yet have no qualms about trampling people’s actual bodily autonomy in the name of corona control.

Second, the claim that refusal to vaccinate endangers other people is entirely dependent on the premise that COVID-19 is commonly spread by asymptomatic carriers; if it isn’t, then those afflicted with the virus can protect others simply by isolating until recovery. And the truth is, there are quite a few peer-reviewed studies in mainstream medical journals that have found the risk of asymptomatic spread to be very small.

So I attempted to point out the above to Mr. Schneider with a quote-tweet that said simply: “No, we use the phrase in Covid debates specifically to point out the hypocrisy of leftists. Also, the idea of you vaccinating to protect others only works IF asymptomatic spread is a thing.”

For support, I included a link to a May 14 piece in The Federalist by Dr. Cathy Stein, a tenured associate professor of epidemiology at Case Western Reserve University’s School of Medicine. On the question of asymptomatic spread, she writes:

Dr. Stein’s words are a measured, qualified, sourced, and even cautious treatment of the subject based on our currently available information – precisely the sort of commentary that productive discussion of medical issues needs.

Alas, within minutes of clicking “Tweet,” I found my reply deleted and my account locked, replaced on my screen with a message that is by now all-too familiar to online conservatives claiming I had violated Twitter’s policy against “spreading misleading and potentially harmful information related to COVID-19.”

Translation: Twitter locked my account under false pretenses, then its support team lied to justify abusing the platform’s users.

This of course is a blatant contradiction of Twitter’s own claims within their COVID-19 misleading information policy to “protect robust, public debate about the response to COVID-19,” and even to specifically allow “Public debate about the advancement of COVID-19 science and research, including debate about research related to COVID-19, such as the effectiveness of treatments and mitigation measures, so long as the claims don’t misrepresent research findings.”

There’s a simple explanation for this contradiction: Twitter doesn’t really mean it. The pretentious rhetoric about “healthy conversation” is simply there to dress up a group of partisan activists trying to manipulate how the public thinks by limiting what they can see – activists who, by the way, have no more expertise on medicine or any other subject than the people they’re regulating.

Of course, if Twitter had any sensitivity to such ironies, it never would have suspended the account of Chinese virologist Dr. Li-Meng Yan for suggesting COVID-19 came from a lab and was intentionally released. We may never have a definitive answer to the question of intentionality, but a lot of people are eating crow right now about the lab-leak part.

There’s currently a lot of talk on the Right about what role the government has, if any, in putting a stop to these wannabe jackboots. Libertarians and establishment types insist that private companies’ control of their own platforms is beyond regulators’ scope, and while it is true that private companies’ speech and property rights must be respected, those rights are not a license to engage in fraud, defamation, or false advertising – and Big Tech’s censorship activities routinely qualify as all three. It’s long past time to remind Twitter and company of that.