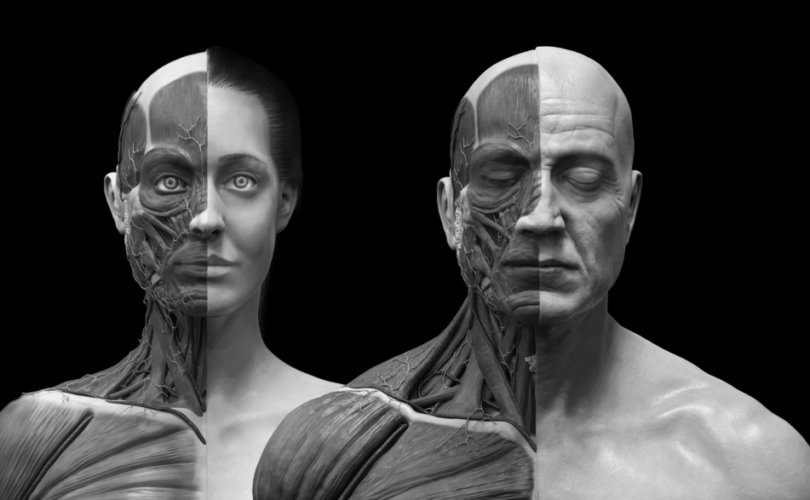 November 28, 2018 (LifeSiteNews) – I recently did a little computer-generated test to help determine my “physiological age” as compared to my “chronological age.” (Thankfully, I was 8 years younger than my chronological age, 55 rather than 63.) One of the first questions I was asked was whether I was male or female. Why? It’s because – brace  yourself! – men are biologically different than women. What a revolutionary concept!

But if a computer program is going to determine your physiological age vs. your chronological age, it needs to know something about your biology since, to repeat, men are different than women.

So, Twitter has updated its terms of service, adding further information under the category of “Repeated and/or non-consensual slurs, epithets, racist and sexist tropes, or other content that degrades someone.”

Specifically, Twitter explains, “We prohibit targeting individuals with repeated slurs, tropes or other content that intends to dehumanize, degrade or reinforce negative or harmful stereotypes about a protected category. This includes targeted misgendering or deadnaming of transgender individuals.”

Note carefully that last sentence, which singles out “misgendering” and “deadnaming.”

And what, precisely, do these terms mean? To misgender would be to refer to Bruce Caitlyn Jenner as “he.” To deadname him would be to call him Bruce rather than Caitlyn.

Twitter now forbids this usage, meaning that Twitter forbids you from being scientifically and biologically correct. To do so is to be risk being banned.

This is completely outrageous, not to mention irrational.

It turns upside down the very true statement that “biology is not bigotry,” determining instead that biology is bigotry.

And if you dare raise your voice in protest against this social madness, you risk being banned.

Who cares about your conscience and convictions. Who cares about scientific reality. Speech that falls outside the lines of transgender political correctness is absolutely forbidden.

I was filling out information on a website recently, and because it was ascertaining medical information, it asked whether I was male or female. (There’s that knotty question again!) But no sooner did I click “male” than a message popped up on the screen, assuring me that this company was “inclusive.” They simply needed this information for medical purposes.

That, my friend, is a picture of the upside down world in which we live today.

From the LGBT perspective, Twitter has done something wonderful. As explained by the Advocate, “Twitter has banned the misgendering and deadnaming of transgender people, earning it widespread praise from trans users and their allies.

“The social media platform updated its terms of service on this matter in October, but it was not widely reported until last Friday, Pink News notes. Twitter made the move in an effort to stop anti-trans abuse, which often involves using the wrong gender or old name in describing a trans person. Misgendering and deadnaming are sometimes used to out people as transgender, something that can put them at risk of physical harm.”

Certainly, I stand with the LGBT community in wanting to protect trans-identified people from physical harm. Absolutely. Count me in.

But I’m not about to sacrifice truth and science and personal integrity in order to comply with an increasingly radical social agenda. Not a chance.

The feminist in question, Meghan Murphy, had this to say about her ban: “What is insane to me, though, is that while Twitter knowingly permits graphic pornography and death threats on the platform (I have reported countless violent threats, the vast majority of which have gone unaddressed), they won’t allow me to state very basic facts, such as ‘men aren’t women.’ This is hardly an abhorrent thing to say, nor should it be considered ‘hateful’ to ask questions about the notion that people can change sex, or ask for explanations about transgender ideology. These are now, like it or not, public debates — debates that are impacting people’s lives, as legislation and policy are being imposed based on gender identity ideology…”

Unfortunately, today, perceptions trump science, and we’re informed that some men menstruate and that not all women have vaginas, and children in our elementary schools are subjected to special presentations designed to undermine the idea that boys will be boys and girls will be girls. (Perish the thought! Such thinking is bigoted and antiquated.)

So, in case you haven’t heard, “Leaders at a college in Michigan decided to cancel its production of “The Vagina Monologues” because it’s discriminatory, given ‘not all women have vaginas.’”

The decision was made at Eastern Michigan University “after the resource center conducted a survey, asking respondents about ‘The Vagina Monologues.’ Those opposed to the drama said they were concerned about the fact that the production excludes some women, namely those who don’t have vaginas.”

And who might those excluded women be? You can be assured the focus was not on intersex women with biological abnormalities. No, it was on men who identify as women.

Lest you question my logic here, a Washington Post editorial in March argued that women’s protests should drop the vagina symbol because “it leaves out some women — namely, trans women. Not all women have vaginas, and not all vagina-havers identify as women. A rhetorical strategy whose goal is universality falls short if it excludes some of the most marginalized women.”

There you have it.

And all the while, as Ryan Anderson pointed out, even the New York Times is revealing painful truths about transgender lives.

Again, I do understand that there are individuals who do not conform to biological norms, and to say it once more, I deplore the intentional harming of those who identify as transgender. And I know that there are trans-identified individuals are happy with their lives. That’s between them and God.

But for Twitter to forbid users from making biologically accurate statements about others is to declare war on biology, science, and truth.

Let’s stand together against this dangerous ideological onslaught.