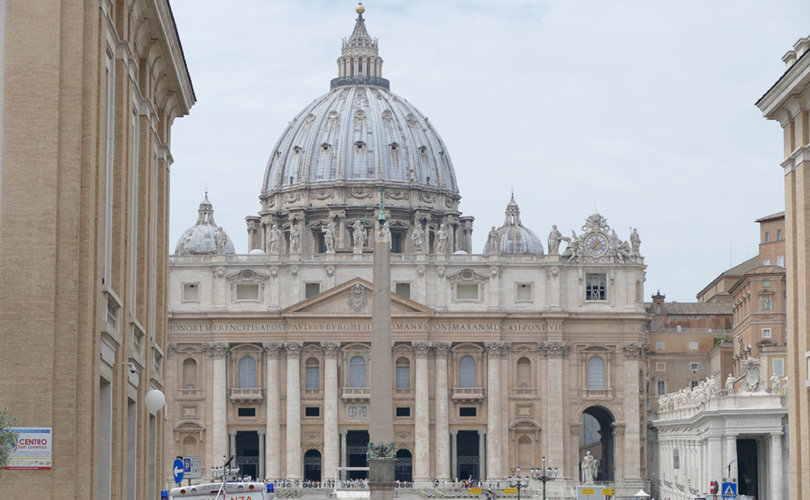 July 16, 2020 (LifeSiteNews) – The discussion about the possibility of establishing a female “diaconate” in the Catholic Church has received new attention in recent weeks, due to the interventions by two members of the Papal Commission on the Female Diaconate. That commission was established in April 2020 by Pope Francis in the wake of the October 2019 Pan-Amazon Synod in Rome.

Both Professor Anne-Marie Pelletier (France) and Father Santiago del Cura Elena (Spain) have now said that the first goal could be to give women prominent roles in the Church, also in the field of governance, without “ordaining” them. They recognize that the discussion of a sacramental “ordination” for women is closed for now and thus propose new offices for women where they could exercise many tasks that priests usually exercise. Pelletier, however, still hopes for more.

Professor Phyllis Zagano, a member of the earlier 2016 Female Deacon Commission (which already produced its final document) also joined this discussion, but rejects a sort of “let-them-dress-up suggestion” that makes women look like and act like deacons, but without sacramental ordination.

Professor Pelletier is a biblical scholar; she won the Ratzinger Prize for theology in 2014, is a proponent for a permissive view on “irregular” relationships, and was asked by Pope Francis in 2017 to author the meditations used at the papal-led Via Crucis on Good Friday at Rome’s Colosseum.

Father Santiago is a Spanish diocesan priest with a doctorate in theology from the Pontifical Gregorian University who has previously served as a member of the International Theological Commission.

Let us first consider Professor Pelletier's position. In a June 25 interview with the French website La Croix, this female deacon commission member made it clear that she would be open to female clerics. “That women could be clerics like others, is it really so outlandish?” she asked. Later she explained that this new papal commission is a follow-up to the Amazon Synod that aims at honoring the work of the women in the local communities and parishes. She clearly affirmed the idea of “ordaining” women when she said: “It is to be hoped that these communities will receive institutional and sacramental empowerment, and that others may be called for such a ministry confirmed by ordination.”

Further expounding about the role of women, Professor Pelletier argued that even if they one day would be “ordained,” they would need a different form of the priesthood. “If one day they were to accede to the ministerial priesthood – a hypothesis that’s currently excluded – it would have to be in order to live and practice it a little differently,” she argued.

And since this sacramental “ordination” of women is still “currently excluded,” this scholar proposed a female “diaconate” that actually could allow women to do much more than the female deacons (or better, deaconesses) of the Early Church, for example to hear Confessions without absolution.

She stated: “The diaconate should allow women to baptize and to celebrate marriages, just as it should allow them to preach. In the same way, actions that confer grace could be enhanced. For example, when a woman – or a male who is not a priest – hears a confession, even without being able to give absolution.”

In light of the current limitations, Pelletier wishes to give women as much “empowerment” as possible. It is “not certain that the best way to renew the institution of the Church is to contend for taking over existing roles,” she explained, adding that “women must occupy institutional places, certainly, but not necessarily by conquering existing forms of power.”

“There are many places where women need to be active today in exercising authority and inspiring new governance, such as parish authorities, episcopal councils and the pope's council,” she continued, asking, “Why not?”

Here she insists upon separating governance roles in the Church from the sacramental priesthood. “The truth that needs to be heard,” she claimed in this June 25 interview, “is that ministerial priesthood cannot be the sole authority to decide on the life and governance of the Church.”

To return to the French theologian: in defining new roles in the Church, Professor Pelletier proposed that the new female deacon commission has to start questioning the very concept of Tradition.

“Its work [the commission’s work], it seems to me, will have to begin with the question of fidelity to tradition,” according to Pelletier. “Is it a static reality, as such a normative one, that we can only repeat? Or are we not being asked for a work of creativity, of aggiornamento (updating), as Father Congar taught?”

Here, she also pointed to the “lived realities” of Christian communities.

To sum up Pelletier's position, one could say that she proposes to empower women as much as possible, giving women many tasks usually given to the priest, and also governance and leadership roles. This, however, is for her, as it seems, merely a first step, since she is in favor of female sacramental “ordination.”

Father Santiago seems more moderate here, since he does not explicitly endorse female sacramental “ordination” at all. He rather argues in favor of giving women as female “deacons” as many priestly tasks as possible, as it has been already done in the recent past. Speaking with the Spanish website Vida Nueva, he argued that the new female “diaconate” could not be the same as the one from the Early Church, since their earlier tasks were much more limited.

These earlier deaconesses were “helping in the baptism of adult women, for reasons of decorum and respect, especially in the anointing of the body with consecrated oil; caring for sick women and taking special care of the poor; they had tasks in the area of catechetical and pastoral formation; in some cases they are placed very close to the order of widows, which was important in the first centuries of the church; other times they end up practically assimilated to what we would call today abbesses of monasteries…”

Thus, Santiago stated, “the possible re-establishment of a women's diaconate in the Church could never be a re-establishment of antiquity. Any woman today can carry out in the different areas of the Christian communities more functions than the deaconesses in the first centuries, without needing any ordination.” He therefore proposed to “recreate women's ministries suited to the needs and challenges in the life of the Church and in the mission of Evangelization. The possibilities in this regard are many and should be even greater in the future.”

But sacramental “ordination” would be difficult, according to this priest and theologian, since Pope John Paul II had ruled it out in 1994. “If this were to lead to the retraction of what Pope John Paul II established in ‘Ordinatio Sacerdotalis’ regarding the access of women to the ministerial priesthood, then the difficulties would be very great,” Fr. Santiago argued. “Pope Francis himself has said on several occasions that this door is closed.”

As an important side remark, Fr. Santiago also referred back to the Second Vatican Council when he said that “the re-establishment of the permanent diaconate, in any case, is one of the great novelties of Vatican II, with the possibility of access for married persons.”

Thus, Santiago seems to argue in favor of a female “diaconate” with many priestly functions that are not directly linked with sacramental ordination. It seems he would be open to the establishment of a new female non-ordained ministry in the Catholic Church.

In the meantime, Phyllis Zagano, a member of the earlier 2016 Papal Commission on Female Deacons, rejects the idea of a female “diaconate” without ordination (which is essentially a Cardinal Walter Kasper proposal). She stated in a July 7 post:

The arguments raised today against women deacons include the most insidious of all: women can do all these things without ordination. So, the dark claim continues, call them deacons, let them dress up and stand on the altar. Give them special permissions to preach, baptize, and witness marriages. But don’t ordain them. Pelletier answers: “A lesser version of the male diaconate would only confirm the inequality between men and women.”

She is correct. The let-them-dress-up suggestion is rooted in two assumptions: first, women are not made in the image and likeness of God, and therefore cannot receive the sacrament of Order; second, because women are barred from priesthood, so, too, are they barred from the diaconate.

That these considerations are in line with the current pontificate and the new decisions made in Rome with regard to the Amazon region can be seen in the fact that, with the Pope's approval, a new Amazon Ecclesial Conference has been established that is revolutionary inasmuch as it has among its members laypeople, and importantly women.