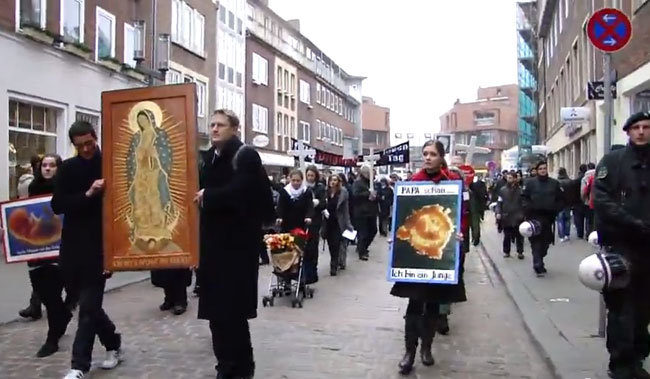 October 12, 2018 (LifeSiteNews) – As in the U.S., some states in Germany will now investigate clerical sex abuse cases of the Catholic Church.

The State of Bavaria has just announced that it is demanding full access to the files of all of the Bavarian dioceses. A similar call comes from the State of Lower Saxony. The federal government made it clear that in criminal cases, the Church has to open her files to the State.

In the wake of the 25 October publication of the German bishops' sex-abuse report, both the federal government and the states of Bavaria and Lower Saxony announced interest in its own investigations of the Church's files.

First, the German minister of justice, Katarina Barley, speaking for the federal government, gave an interview on 3 October and made it clear that any criminal events within the Catholic Church have to be “investigated by the police, the district attorneys, and the penal courts.”

“The Church law does not stand above the criminal law – it is the opposite,” she explains. Since the State can only start investigating an abuse case when it has been informed about it in due time, the German minister encourages victims to approach the State now.

When asked by the journalist about the fact that some German dioceses are said to have destroyed files containing information about abuse cases, Barley responded with these words: “To destroy or manipulate in order to protect someone from criminal prosecution can itself be a criminal act” which can be punished with up to “five years in prison.” She also explains that, if there exists a clear indication of a crime, the State can “confiscate” Church files. “There is not such a thing as a secret archive in a state under the rule of law,” she concluded.

Then, on 8 October, the minister of justice of the state of Lower Saxony, Barbara Havliza, called upon the Dioceses of Hildesheim and Osnabrück to open their files for a state investigation to be conducted by the General Attorney.

“I now expect from the dioceses a good and constructive cooperation with justice,” she said.

She insists that it is the task of justice, and not of the Church, to investigate the charges. The minister has already instructed three district general attorneys to investigate the recently published episcopal sex-abuse report in order to find out whether all the cases mentioned therein have duly been reported to the state for a criminal investigation. She sees that this is not the case and that the Church herself has conducted the investigations, instead of involving the state.

Finally, on 12 October, the State of Bavaria announced that it called upon the Bavarian dioceses to open their files to the district attorneys of Munich, Nürnberg, and Bamberg, so that they may investigate the sex-abuse scandal. With the help of the German bishops' abuse study, the State received “information which could constitute the reasonable suspicion of possible crimes,” explains the district attorney's office of Bamberg.

The district attorney's office in Munich explains that “we now therefore take the Catholic bishops at their word” and expect cooperation from them, even asking them to make sure that the State is being sufficiently informed about each individual criminal incident. The dioceses of Bamberg and Würzburg have already announced their cooperation.

Bishop Heiner Wilmer of Hildesheim went even a step farther and himself offered to open the Church's files to the State. “I am in favor of an open approach. We have nothing to hide,” says Wilmer. He even wants to open the files to external people. “Otherwise, we will not regain credibility and trust.”

As part of the gravity, for example, one former bishop of Hildesheim who is now deceased – Heinrich Maria Janssen – is convincingly said to have abused a boy for five years back in the 1950s and 1960s.

The recently published sex-abuse report, as initiated and financed by the German bishops, has mentioned about 3,677 victims and 1,670 clerical offenders. The majority of the victims were male. However, the MHG Study, as it is called, has come under heavy criticism because it does not even mention by name any of the offenders, nor those in higher places who covered up for them.

As the psychiatrist Manfred Lütz, M.D., shows in his detailed critique, only 60% of the reported cases have been confirmed as being “without doubts.” The rest of the cases have either been dismissed by the district attorney (6%), or they have resulted in a “statement-against-statement situation” without a clear investigation (34%). Thus, Lütz states, the MHG Study did not even present the data correctly. He thoroughly criticizes its defective scientific quality. While he agrees that there has been much “apalling inactivity and cover-up on the part of the Church's authorities,” he insists upon first establishing “reliable data.”

Professor Christian Pfeiffer – a criminologist who had originally started this episcopal study, but had disagreements with the bishops over certain matters of censorship – also criticizes the MHG study and points to the fact that it does not specifically mention any names.

“A consequence is that the scientists were not able to assign their findings to individual dioceses and the responsible bishops,” he explains. Only full transparency will create trustworthiness, according to this German scientist. “Personal consequences” must also be drawn. Pfeiffer finally praised the State investigations in the U.S., with the help of which “full transparency” can still be achieved.