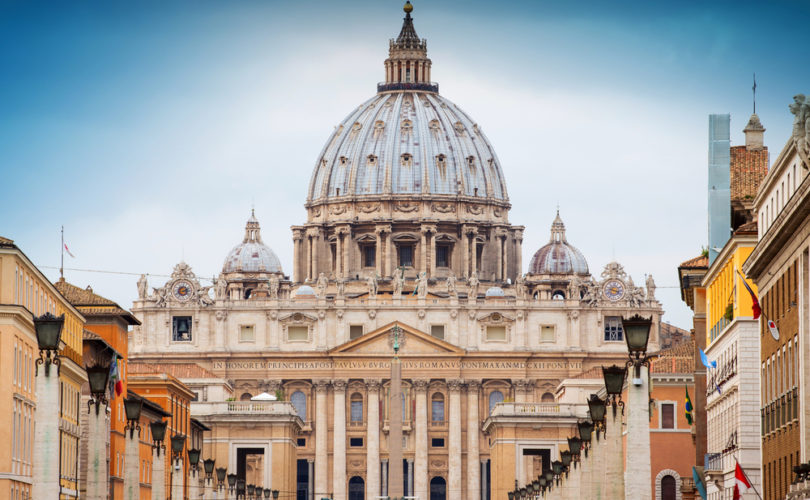 October 11, 2019 (LifeSiteNews) – Cardinal Michael Czerny and Cardinal Jean-Claude Hollerich, both of whom were just made a cardinal by Pope Francis, have given signs that they would be open to debate either the question of female ordination or the married priesthood.

Cardinal Hollerich, a Jesuit from Luxemburg, showed openness toward the idea of ordaining married men to the priesthood. He told journalists at the beginning of October that when there are entire regions in the Amazon which cannot celebrate the Holy Eucharist, then this poses a great problem. “When here the 'viri probati' [morally proven married men] are a solution, why not?” he said, according to the German bishops' news website Katholisch.de.

Hollerich went on to stress the positive aspects of the experiences of a married man. “I love my celibacy, I adhere to it, but I see that the married deacons can preach in a different manner than I, and I consider this to be in itself a great addition.”

Pope Francis has personally invited Hollerich to participate at the Amazon Synod that is currently taking place in Rome.

Hollerich is the President of COMECE (Commission of the Bishops' Conferences of the European Union), which has been involved in different activities of the organizers of the Amazon Synod, the Red-Amazonian Ecclesial Network (REPAM).

The Jesuit Michael Czerny – who had been just a priest and had to quickly be made a bishop before becoming a cardinal last Saturday – is Canadian and now the fourth Canadian cardinal. He himself, according to a CBC News report, is inspired by Liberation Theology and has worked for many years in Central America. CBC News states: “As founder of the Jesuit Centre for Social Faith and Justice in Toronto in 1979, Czerny was influenced by Liberation Theology, leading a wide network of Canadian church groups and social activists in promoting justice for the poor and marginalized and refugees during the revolutions in Central America.”

Czerny has now shown some openness to discuss the matter of female ordination. CBC News reports his words concerning this question: “When asked whether he supports female ordination, Czerny at first bristled at the question. Later, he said he would not be comfortable articulating the goal now, but is open to 'getting the listening started. [The question] shouldn't be off the table.'”

Pope Francis had chosen Czerny to be a co-secretary of the pre-synodal council that prepared the Amazon Synod. He is also to be involved in the writing of the final report of the Amazon Synod.

Czerny also participated at a June 2019 secret meeting with Cardinals Lorenzo Baldisseri and Walter Kasper, who, together with other experts, prepared the Amazon Synod. This meeting's final report calls for married priests and female deacons.

So far, the discussions at the Amazon Synod indeed show an openness toward the female diaconate and the ordination of married men to the priesthood. Bishop Erwin Kräutler – who is said to have been one of the key authors of the synod's working document – just repeated in interviews what he has written already in 2016, namely, that he is in favor of female priests.