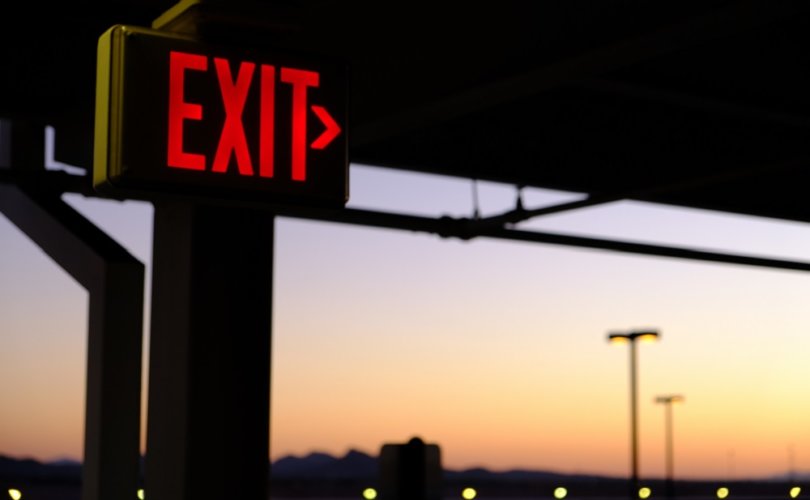 July 22, 2019 (LifeSiteNews) — I have now written short reviews here of both of Professor Stephen Bullivant’s books: one on a recent survey of lapsed Catholics for the Diocese of Portsmouth in England, the other an in-depth discussion of the sociology of Catholics leaving the Church. These form the background to my consideration, today, of what the Church can do to stem the tide of lapsation, which continues, notwithstanding Catholic immigration into both the U.K. and the USA, which flatters the overall numbers.

Prof. Bullivant asked the lapsed Catholics who completed the Portsmouth survey the simple question: “Can you imagine yourself returning to the Church? If so, what specific things might the Church do to help towards this?”

Unsurprisingly, respondents who thought their return was conceivable proffered conflicting advice. For some, the Church was too traditional, for others too liberal. For some, Masses were not family-friendly; for others, they were too “family focused.” And so it goes on.

Out of this confusion, I would like to make two suggestions. The first is that the Church needs to take her own teaching seriously. The failure to explain and defend her own teaching on difficult subjects is one obvious problem. Another is the failure to respond to scandals, such as the clerical abuse crisis, in a serious, humble, and above all spiritual way. In different ways, the evasion of questions about hot-button issues and slippery-lawyer statements about abuse cases both give the same message: bishops, priests, and other leaders in the Church are not serious about the Faith. They do not believe in the overriding importance of truth and justice. They are hypocrites.

Instead, what bishops and others need to do is to address the issues clearly, fairly, with intellectual seriousness, and with passion, and they need to ensure that this is done at every level of the Church: in seminaries, in parish catechetical programs, and in schools. This may seem a lot to ask, but there are actually many apologists (including some brave bishops and priests) who have been doing exactly this on all these issues, who have, along with their arguments and their whole approach, been consistently shunned, sidelined, ignored, and even silenced. I’m not suggesting the impossible, simply the alternative approach, which, up to now, the majority of the Church’s leaders have known about and rejected.

My second suggestion is about the conception of community being used in the Church. Prof Bullivant’s Mass Exodus explains how things that made for strong Catholic communities up to the middle of the 20th century were undermined by social trends beyond the Church’s control, but he adds that the situation was made worse by the deliberate erasure of markers of Catholic identity and solidarity, such as all Catholics eating fish on Fridays; the distinctiveness of Catholic worship; and shared values, life commitments, and understanding of history.

The kind of community being promoted in many parishes today has got nothing to do with markers of identity, shared values, or the solidarity which leads to mutual help. In the absence of these things, many pastors seem to have turned to involvement in “parish ministries” as a substitute. They calculate that if people are doing the flowers or the children’s liturgy, or are on the rota for cleaning the church or distributing Holy Communion, they are “involved in the parish,” and they seem to believe that this is what “community” means.

But real communities are not formed in this way; they are formed around shared values and markers of identity. What is created in many parishes is actually an elite of clericalized laity — however well meaning and even self-sacrificing they may be — who come to be seen as the important people in the parish but cannot realistically make up more than about 20% of regular worshipers. Sometimes the rotas are expanded to ridiculous lengths in an attempt to include practically everyone, but people due to read the Second Reading every four months or sweep the floor every eight are not really “involved” at all; in reality, the “involved” people are the ones leading the ministries, who have privileged access to the pastor. The more these individuals are made to feel special, the more everyone else is left out in the cold.

Another result of this approach is that people don’t do the jobs for which they have the necessary skills: they are simply “found a job.” It will surprise no one to learn that some people in the Portsmouth survey complained about poor liturgical music. Why does the Church put up with badly performed music? In large part because the purpose of the music group is not to produce good music, but to “involve its members in the parish.”

Moving from a so-called community based on the privilege of being “involved” to a real community based on shared beliefs and a commitment to living the gospel may be painful, but it is absolutely necessary if our parishes are to survive.