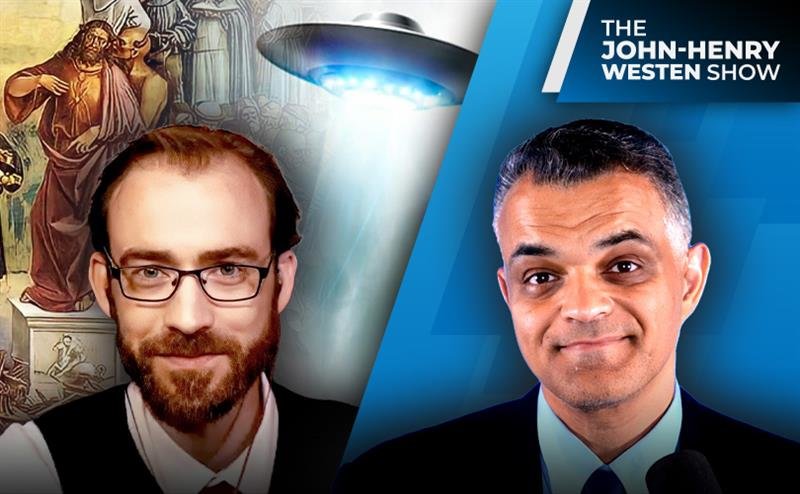 (LifeSiteNews) — Today on The John-Henry Westen Show, I have a fascinating conversation with Catholic philosopher Daniel O’Connor about UFOs, aliens, and the Antichrist.

O’Connor explains how we’re being primed for a great alien deception that will serve as a significant trial for the Church and its relation to the coming prophesied chastisement of the world.

“If you look at the frog in the water example where you have to boil the frog gradually for him to not jump out of the pot, that’s what’s been happening with these UFO deceptions, these alien deceptions, the great final trial of the Church,” he says. “It’s mysterious, the details of it, but I think we’re living in the initial stages of it now, and for that to really reach its climax, they’re going to need to present a ‘new gospel’ to us from ‘the heavens.'”

“And what better way to do that than through a supposed revelation of aliens that they have in turn been preparing us for years now with these UFO reports, which just in the last couple of years have suddenly exploded into the mainstream like never before,” he adds.

O’Connor, who not too long ago had been working on his Ph.D. in philosophy at the State University of New York, was kicked out for refusing to get the abortion-tainted COVID jab. His religious exemption was denied with no opportunity to appeal.

He believes the “demonic” alien deceptions and the COVID jab mandates have something in common: They’re both preparing us for the mark of the beast and the coming of the Antichrist.

“I’m not saying the vaccine is literally the mark of the beast or anything like that, but it seems to be a preparation for those times where I think that we’ve been in boot camp for the last couple of years,” O’Connor says. “I think that what’s been going on has been a training for us for what is coming next. And if you’ve been giving in to these mandates and these diabolical directives, you better be really careful, because tomorrow you might just succumb to something even graver, even more diabolical. Maybe the mark of the beast itself.”