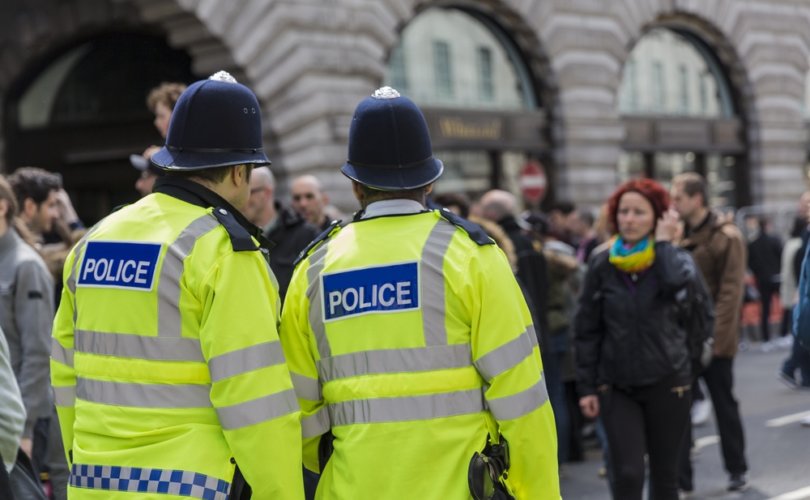 March 12, 2019 (LifeSiteNews) – It has now begun: The government has been taking children who wish to “change” their gender away from their parents if their families disagree that “gender transition” is the right thing for their sons or (much more often – 71 percent of the time) daughters. According to the Daily Mail, at least three children have been “taken into council care” after “rows with their parents over wanting to change gender,” although local authorities are insisting that disagreements over sex change surgeries were not the primary reasons for removal.

As the numbers of children identifying as transgender soar, parents have often been left at a loss as children have been swept away by what some experts are referring to as a social contagion. Numbers in the United Kingdom have now risen by over 4,000 percent, prompting a government investigation and urgent warnings from health experts, while the number of young people being referred to the National Health Service for gender reassignment has risen by 1,000 percent. Many parents feel that their child’s struggles may have nothing to do with gender dysphoria, but feel powerless to object as transgenderism is trendy and anything but full-hearted support for hormone treatments and life-altering surgeries is condemned by activists as hateful bigotry.

So far, the Daily Mail reported, a Freedom of Information request revealed that two councils had children “taken into care after arguments about their wish to change gender with their parents or carers,” with social workers at west London’s Hillingdon Council reporting that they had removed two children from their parental home and placed them in foster homes “because of the disputes,” despite their stated claim that the disputes were only a secondary concern. Another council in Ealing reported that it engaged in similar actions with “few than five” children, but refused to confirm the specific number. Some councils refused to respond to the FOI request, so there may be more cases.

Perhaps recognizing that this information might trigger public backlash, the Hillingdon Borough Council stated that, “In the two cases referred to, the children were not taken into care specifically because they are transgender. No child is taken into care solely because they are transgender. Whilst a child’s sexual identity is assessed, it is complex family dynamics and/or contextual safeguarding issues which may negatively impact on a child that are usually the cause of social worker intervention.” You’ll notice that the wording here carefully says that a child being transgender doesn’t get them pulled from the home – but preventing transition could very well do so, especially now that LGBT activists are claiming that anything but vociferous affirmation of the desire to transition is harm.

The Ealing Borough Council attempted to be more definitive in their denial, stating: “We have never taken a child into care on the basis of a dispute with their parents regarding gender assignment. While we need to protect the confidentiality of those concerned, we can confirm that care was provided to young people over 16 who are now adults, due to safety concerns which were not predominantly related to gender assignment.” Of course, “predominantly” would be the key qualifier there, but I hope that this is in fact that case rather than simply a legalese attempt to ward off scrutiny from the public.

Stephanie Davies-Arai, the founder of Transgender Trend (an organization that represents parents concerned by the numbers of children seeking gender transition), told the Daily Mail that “parents should be able to voice their concerns to their children without fear of being ‘punished,’” especially in the wake of a previous High Court ruling granting a 16-year-old’s request that her parents not be informed about her sex change surgery. A female, the child had told her adoptive parents at age 13 that she wanted to be treated as a male, but her parents continued to call her by her given name. As a result, family court judge Mr. Justice Keehan ruled that the parents could be kept in the dark: “He [meaning their daughter] struggles to understand their complete lack of support and understanding.”

There have been worrying cases on this side of the Atlantic, as well. Earlier this year, a British Columbia Supreme Court judge ruled that a 14-year-old had the right to consent to receiving hormone injections to transition genders against the will of the father, who correctly claimed that his child did not yet understand the risks of the so-called “treatment” and that he wished to delay the injections until the child could fully understand the potential harms. Chillingly, the judge actually stated in the ruling that any attempt to dissuade the child from pursuing these treatments “shall be considered to be family violence” under the B.C. Family Law Act – meaning that this will not be the last such case, and that the government will intervene to ensure children can attempt sex changes against the wishes of parents.

It is difficult to exaggerate the fear that these cases strike in the hearts of parents who see their children being poisoned first by this ideology, and then opposite-gender hormones, often followed by double-mastectomies and castration. Children are being torn from their parents, mutilated for life, and families are being destroyed. I have received many emails from these parents describing the heartbreaking stories of children returning from school announcing that they are transgender and demanding to transition.

The last line of one mother’s email struck me hardest. “If I had known the world was going to turn out this way,” she wrote after describing how her child would no longer speak to her, “I don’t think I would have had children.”