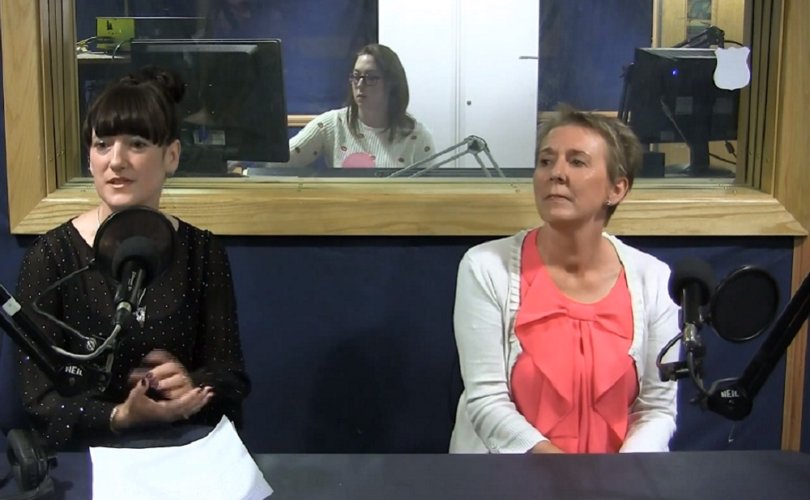 December 4, 2019 (LifeSiteNews) — According to the conservative Irish media outfit Gript, the ongoing debate over sex education in that country took a particularly bizarre turn late last month when one progressive politician made a stunning claim. As Gript News described it:

I wouldn’t blame you if you didn’t believe it, so you can watch the video for yourself if you like. This incident confirms what I and many others have been saying for some time: it isn’t simply that we oppose an education on issues surrounding sexuality and relationships. In today’s hypersexualized culture, I’m very much in favor of ensuring that children have appropriate context for what they see. It’s that we don’t trust these people anywhere near kids, much less our kids. Someone who believes that babies masturbate for sexual pleasure should not be allowed to have any impact on sex education. Saying so, however, is probably more shocking in 2019 than what Kearns said.

But there is a more sinister aspect to Kearns’s assertion that many readers are probably unaware of. In the first chapter of my 2016 book The Culture War, I detail the history of Dr. Alfred Kinsey, who produced the Kinsey Reports and helped create the academic infrastructure for the Sexual Revolution. It was Kinsey who fabricated the research that led to the now widespread assumption in progressive circles that children are sexual from birth, and the methods he used are nothing short of horrifying. Dr. Judith Reisman’s book exposing Kinsey, Kinsey, Sex and Fraud, is so devastating that it requires, as she asks of the reader in the book, the suspension of disbelief. Not only did Alfred Kinsey invent and falsify much of his data — he facilitated brutal sex crimes against children.

David Kupelian describes Kinsey’s data collection methods on child sexuality, as discovered by Reisman, in The Marketing of Evil:

Kinsey solicited and encouraged pedophiles, at home and abroad, to sexually violate from 317 to 2,035 infants and children for his alleged data on normal “child sexuality.” Many of the crimes against children (oral and anal sodomy, genital intercourse and manual abuse) committed for Kinsey’s research are quantified in his own graphs and charts. For example, “Table 34” on page 180 of Kinsey’s “Sexual Behavior in the Human Male” claims to be a “scientific” record of “multiple orgasm in pre-adolescent males.” Here, infants as young as five months were timed with a stopwatch for “orgasm” by Kinsey’s “technically trained” aides, with one four-year old tested 24 consecutive hours for an alleged 26 “orgasms.” Sex educators, pedophiles and their advocates commonly quote these child “data” to prove children’s need for homosexual, heterosexual, and bisexual satisfaction via “safe-sex” education. These data are also regularly used to “prove” children are sexual from birth.

The simple, chilling fact is that Alfred Kinsey and his companions actually defined children screaming, thrashing about in pain, passing out, and convulsing as “orgasm.” Most of these children were too young to speak, so the only way they could express themselves was by showing just how much they were suffering. And, stop-watches in hand, the Kinsey men recorded their reactions as evidence of child sexuality. The evidence of those sex crimes would then be used to justify many things we now take for granted, like modern sex education.

Dr. Judith Reisman joined me on my podcast to discuss her research in detail earlier this year, and the facts she shares are at times genuinely too hard to hear. But it is important that we keep this in mind when we read stories about progressive politicians talking about sexualized children as if this were a normal idea, because it is important that we know that these ideas did not materialize in a vacuum. These ideas, which undergird modern sex education, were carefully crafted by men such as Dr. Alfred Kinsey and his accomplices — sex criminals who preyed on children and used their pain to build the case for the universal corruption of innocence.

Jonathon’s new podcast, The Van Maren Show, is dedicated to telling the stories of the pro-life and pro-family movement. In his latest episode, he interviews Dr. Matthew Harrison, one of the doctors who pioneered the abortion pill reversal method. RU-486 kills the growing baby by starving him of progesterone; however, Dr. Harrison and his colleagues discovered that progesterone injections can help save the baby.