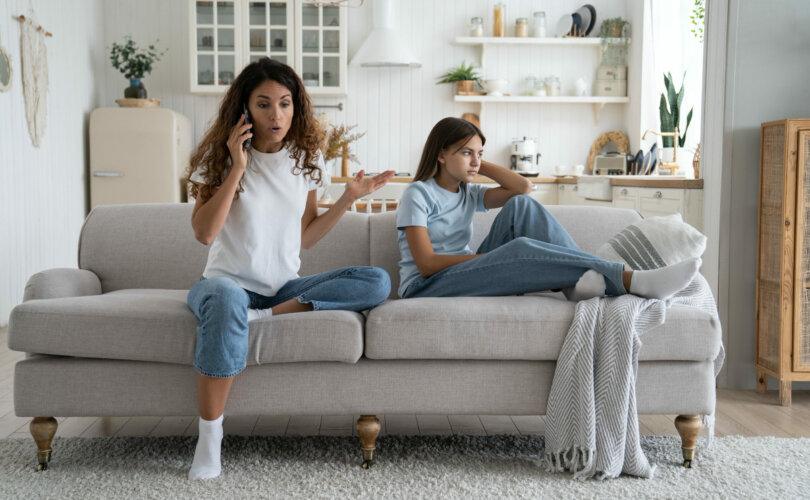 (LifeSiteNews) — This year alone, I’ve written a half dozen stories about how trans activists have successfully fought to cut parents out of conversations with their own children about gender and changing sexes. We covered the story of medical professionals being trained to have conversations with children while parents are out of the room, and the story of how it has become standard practice in the Canadian public school system to withhold information from parents when their children decide (or are persuaded) to identify as a different gender, with students being warned not to tell parents about their classmates’ identity.

The Daily Mail has just published a report describing similar practices in the United Kingdom, a story that has become common wherever gender ideology takes root. It describes a Swindon mother, Patricia Chalmers, checking for unwashed sports clothes in her 14-year-old daughter Esme’s school bag, and finding a teacher’s letter addressed to Lex. Confused, the mother called the school.

“Esme had been dressing differently for months, no longer wearing the skirts or dresses she’d loved when she was younger and was instead wearing baggy hoodies and jeans,” she told the Mail. “She’d chopped off her long hair into a short crop. I was absolutely fine with it. She’s a teenager. She can dress how she wants. But I’d also discovered she was ordering chest binders (which flatten the breasts) and I was worried she’d hurt herself. I’d read up on gender identity and reassured her she could be as gender non-conforming as she wanted, but I wasn’t going to let her harm her body. She was still developing. So, I wondered if the change of name was connected to this.”

But when she phoned the school, the receptionist told her that the name change “must be a mistake.” Patricia followed up with an email to be sure, iterating that the school should be using her daughter’s name and not a different one. In response to that email, the school told her the truth:

They took a day to respond but eventually replied saying that in keeping with their Equality, Inclusion and Diversity policy, they had “socially transitioned” [when you refer to someone by different names and pronouns to match their gender identity] my daughter and were referring to her with the gender-neutral name Lex and they/them pronouns. I burst into tears. Esme had not mentioned anything to me, but I knew social transition could harm her mental health. She is on the autistic spectrum and has suffered with anxiety and depression. Changing her identity to one thing at school and being something else at home could make things even more difficult for her. I couldn’t believe the school had done this behind my back. How dare they? I was livid.

Indeed, the National Health Service has recently released a report advising against the practice of “social transition”—a practice that has already been adopted by many schools, which ironically have to ask for parental permission for virtually everything else, including supplying a child any kind of medicine. According to a parental support group called Bayswater Support, founded by concerned parents in 2019, over 850 parents of children identifying as transgender have contacted them for support. “Parents tell us that when they try to engage constructively with schools, it is often implied that they are a risk to their own children,” they noted. “Teachers should be more mindful of the most common underlying conditions — autism, ADHD, trauma and internalised homophobia — and be wary of inadvertently pushing minors towards irreversible medical and surgical treatments.”

Tanya Carter of Safe Schools Alliance confirmed that this is a growing trend, telling the Mail: “This is an increasing issue with schools acting as if they have the right to strip parents of parental responsibility, but they don’t — only courts do. The misapprehension that schools should keep secrets from parents is so entrenched that there is now even a check box school management system to say whether a child’s preferred pronouns should only be used in schools. But the UK government is clear that part of parental responsibility is ‘naming the child and agreeing to any change of name.’ We hope to see legal action on this, though many parents are deterred by the fear of further undermining a relationship with their child already damaged by activist teachers, not to mention the expense and stress of pursuing a case.”

— Article continues below Petition —
Stand with Josh Alexander against school that allows boys to use girls' bathrooms
Show Petition Text
5649 have signed the petition.
Let's get to 6000!
Thank you for signing this petition!
Add your signature:
Show Petition Text

The Mail spoke to many parents who were cut out of critical conversations about their children by school staff. A 52-year-old finance manager named Sally Mellor and her husband Gordon found out that their daughter Eleanor had been “socially transitioned” to a boy named “Jude” at the school without their knowledge after she had joined the LGBTQ club and decided to identify as non-binary (she felt awkward being the only straight girl there). They contacted a clinical psychologist, who strongly advised against affirming Eleanor’s belief that she was not female. When they relayed this to the school, they were bluntly told that they had no say. According to Sally:

He said that they were focusing on Jude’s wellbeing and mental health and they would be affirming “their” identity. I was stunned. We immediately asked for a meeting and went to the school and repeated the advice we were given by the clinical psychologist — that Eleanor was not to be socially transitioned by anyone. But again, we were told that as parents we had no rights to do that. My jaw was on the floor. You think you are dealing with educated professionals, but they refused to listen.’

When Eleanor began identifying as male a few months later and school staff again affirmed this, once again Sally and her husband found out accidentally:

We were horrified that they had done this and repeated the view of the psychologist that she had adopted this new identity to cope with the bullying and we offered to put them in touch with experts in this field. But this time, their response was to report me to social services. I got an email saying that the school was concerned that my child was at the “threshold for child protection” which terrified me. Child protection is the most serious thing a school can report a parent for as it’s indicating abuse. You can have your children taken from you. I was interviewed by social services and — thankfully — they were very understanding and could see we were not abusive. We were doing everything we could to help our child. They dropped the case after two months. But the school continued to report me even after the case was closed. It’s constant stress. We didn’t know what the school was going to do next.

Sally and her husband decided to pull Eleanor from the school, although at time of writing, she was still identifying as male. It is stories like this—certainly hundreds, perhaps thousands of them—that has activists warning that the government needs to take firm action to reign in schools and their radical staff. Stephanie Davies-Arai of Transgender Trend told the Mail that the Department of Education needs to be “really clear in its guidance and tell students that they have no business in socially transitioning children—it’s an activist demand and schools should not be following the demands of political activists. We don’t know the scale of this problem. But for years, local authorities across the UK have been promoting guidance from lobbying groups such as Stonewall—which presents social affirmation as the only legitimate response to a child who says they are trans. So we imagine this is prevalent.”

Many parents wonder if their children would have embarked on the path to cross-sex hormones and sex change surgeries if school staff hadn’t socially transitioned them and affirmed their dysphoria. Patricia’s daughter Esme, she says, now “seems to be showing signs of wanting to revert to ‘being female.’” Patricia noted that “she seems more and more comfortable with the idea of being a woman, and is even talking about settling down in the future and becoming a mum. But because she’s been called Lex at school and they’ve referred to her as they and them for so long, naturally she’s finding it difficult to desist. Like any teenager she’s embarrassed to say: ‘Actually, I got this wrong, I don’t want to be this any more.’ That’s another reason why I can’t forgive the school for what they did.”

Hopefully, the UK government’s stance on Nicola Sturgeon’s transgender legislation as well as the National Health Service’s new stance discouraging social transition will give beleaguered parents the support they need to confront activists school staff. Ultimately, it will take a legal challenge and a court case to give parents the tools they need to fight back.