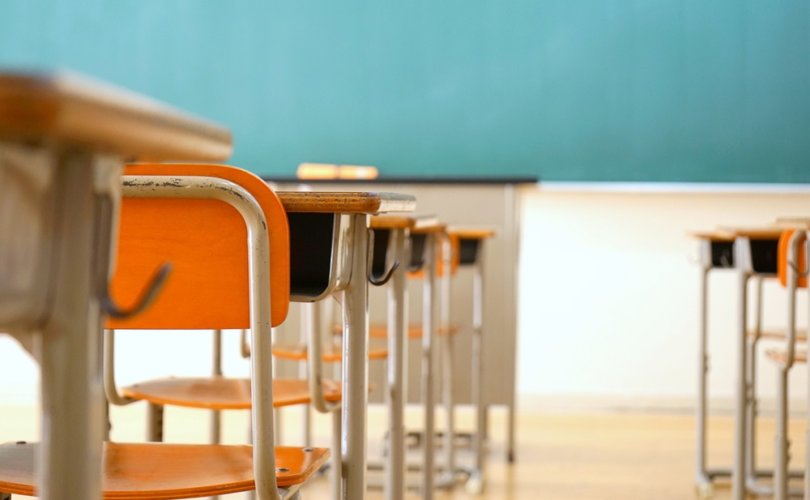 May 19, 2020 (LifeSiteNews) — Britain’s teaching unions are decidedly unenthusiastic about the re-opening of schools as the coronavirus lockdown eases. Surprisingly, they aren’t keen on online learning, either. The National Education Union (NEU) has told its members not to live-stream lessons from their homes, engage one-to-one with pupils, or expect any input from parents. Their bald statement, directed to primary (junior) school pupils, “Teachers cannot be expected to mark work,” sounds like a parody of obstructive trade unionism from the 1970s.

It is a particularly puzzling attitude in the context of education. There has been a lot of talk of the harm done to the education of children by the closure of schools and how this will widen the gap between the educationally privileged and the educationally deprived. There has also been a lot of talk about the non-educational functions of schools. Apparently the role of schools is not just education, but the provision of childcare, especially for “key workers”; the surveillance of children in danger of domestic abuse; and the provision of nutritious meals. Given what is said about the nutritional value of much school catering, I can only assume that this last claim is made against a very low baseline.

Once you destroy the family, through divorce reform, the stripping out of blue-collar jobs, tax and welfare policies that punish one-earner families, the aggressive promotion of anti-family nostrums in schools and entertainment, and now through the re-definition of marriage, it’s amazing how the tasks once routinely done by families pile up on the shoulders of the state. Perhaps this was part of the plan. Or perhaps the proponents of these changes were genuinely too stupid and irresponsible to think their plans through.

I am intrigued to discover yet another task that has devolved onto schools. It is suggested by Chris McGovern, a former activist in a teacher union, and now a critic of them, as part of the National Education Union’s motivation for not liking online teaching while schools are closed: “because 93 per cent of youngsters having access to digital devices is insufficient.”

What McGovern means is that, in the mind of NEU leaders, it is better to hold back 93% of children lest they draw ahead of the 7%. This suggests that among the tasks of schools is the promotion of social justice, in the sense of an equitable distribution of educational goodies (otherwise known as skills and knowledge). Furthermore, where this task comes into conflict with the educational task itself — the actual handing out of the goodies — the former trumps the latter. If the only way to be equitable is to bring education to a halt, then education must be brought to a halt.

This may sound fanciful, but it actually fits a long-term pattern. Progressive teachers hate selection by ability, whether within schools or between them, because it allows more gifted children to draw ahead, academically, of the less gifted. One hears them suggesting that schools should not teach the more challenging skills, such as, er, reading music, because some will learn it and not others, and this will reinforce or create inequality. (If you thought I was going to say “Chaucer” or “ancient Greek,” the same argument largely put paid to them long ago.)

So schools are about providing education, or, if the circumstances demand it, preventing education from taking place. No wonder the NEU doesn’t want “parents to become teachers”: let that genie out of the bottle, and anything could happen.

Allow me to let you in on a little secret. Contrary to what the NEU may think, the education of anyone helps everyone. I benefit when my dentist, my elected representative, the manager of the pension fund I will one day draw from, and even the guy sweeping the street outside my house are better educated. It may be annoying for me if I am directly competing with someone who had educational opportunities I lacked, but it is not bad for society, and the best possible employees in each job will create value and economic growth that will lift all of us. Progressive teachers don’t think about economics very much. Here is something else they don’t think about: education is good for its recipients irrespective of its economic benefits. It broadens the mind, if it is not mere indoctrination; it gives people intellectual maturity. I should rejoice if my job-market rival has a high level of intellectual culture: this is a form of intellectual virtue. Envy of the educated for their education is a cousin of “envy of another’s spiritual good,” one of the sins against the Holy Spirit.

The teachers who don’t grasp this are not in a good position to provide this intellectual formation to their pupils, least of all those at the bottom of the pile who need it most urgently.