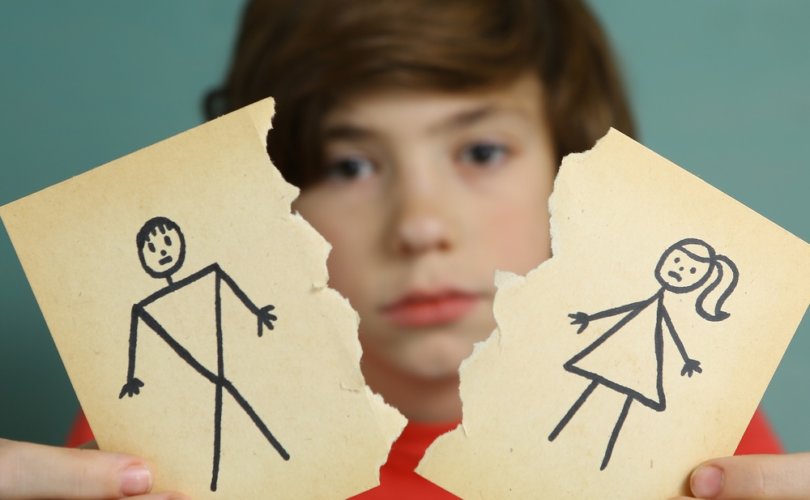 June 5, 2018 (LifeSiteNews) – A few of you might remember a horrific case in the United Kingdom a few years ago, where a Family Court judge ordered what amounted to a medical rape, sending a “mentally incompetent” teenage girl to get an abortion against her will. The girl was firmly opposed to the abortion. Experts in the trial testified that an abortion would “cause considerable harm to this young girl.” But, the judge responded that because he felt she should have an abortion, it was better to leave “to one side her own wishes and feelings” and conclude—as he did—that “it would be in her best interests to have a termination.” At his orders, the poor girl was sent off for an abortion that she desperately did not want and that even the experts testified would deeply hurt her.

That judge’s name is Sir James Munby, and he is now in the news again. This time, according to the Daily Mail, he is now “Britain’s most senior family judge” and, with that in mind, he has a message for Britons: “The collapse of the nuclear family should be welcomed and applauded.” Families, Munby said, are now impossible to define, which is why he is calling for an overhaul to Britain’s marriage laws, including the introduction of “fault-free divorces,” because it is apparently not easy enough to obtain a divorce as it is. He has already successfully campaigned for the government to change surrogacy laws to allow single people as well as couples to access surrogacy, so he’s proven quite an effective lobbyist for his dystopia of broken families.

In a speech at Liverpool University, he began to wax eloquent, noting that the modern family took “an infinite variety of forms”: “People live together as couples, married or not, and with partners who may not always be of the other sex. Children live in households where their parents are married or unmarried. They may be brought up by a single parent, by two parents or even by three parents. Their parents may not or may not be their natural parents…They may be the children of polygamous marriages. Their siblings may be only half-siblings or step-siblings. Some children are brought up by two parents of the same sex. Some children are conceived by artificial donor insemination.”

He did not add that they may even be teenagers that he judges to be mentally incompetent and thus uses the force of the state to send them off to an abortionist against their will for a stranger to suction their wanted baby out of their womb, but perhaps he thought it. Believe it or not, Munby also stated last year that judges actually need more power, not less, “to decide what happens to children” in a variety of situations.” After describing the chaotic state of the modern family, he again emphasized to his audience that he thought this was all very good: “The fact is that many adults and children, whether through choice or circumstance, live in families more or less removed from what, until comparatively recently, would have been recognised as the typical nuclear family. This, I stress, is not merely the reality; it is, I believe, a reality which we should welcome and applaud.”

Keep in mind here that this is the President of the Family Court. His words remind me of Peter Hitchens analysis of the approach of the British elites to the family, as described in his book The Abolition of Britain: The government, Hitchens noted, has effectively replaced the father in society, and thus the nuclear family has not only been undermined but also rendered obsolete for many. As a result, fatherless children are becoming the norm, with tragic results. You would think, considering the cases that cross his desk, that a man in charge of England’s Family Court would not celebrate motherless or fatherless children. But in the case of Sir James Munby, you would be wrong.

A number of Conservative politicians and commentators have responded huffily to Munby’s comments, but of course many of those politicians simply find it convenient to have a way of loudly expressing social conservatism without actually having to implement any policy that would strengthen the nuclear family that Munby delights to see destroyed. The family has been abandoned and even targeted by the elites for decades now, and there is no better case study to illustrate how complete their opposition to the traditional family unit is than the instance of the President of the Family Court rejoicing to an audience at a university that the nuclear family is nearly dead.