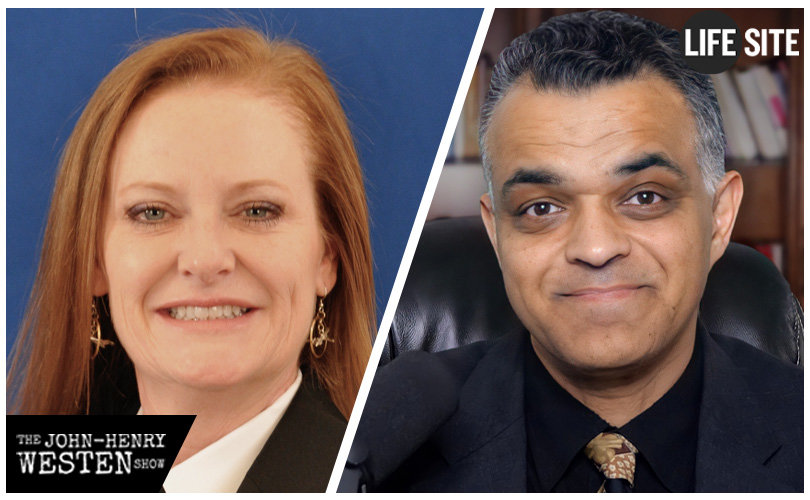 (LifeSiteNews) – This airline pilot is taking a stance in the frontlines of the battle against the COVID medical tyranny. But she is not alone. She is joined by two thousand other workers from United Airlines who are suing the company over their ‘vaccine’ mandate.

Captain Sherry Walker, a pilot with 30 years experience, is the co-founder of Airline Employees 4 Health Freedom (AE4HF), started up to represent and support nearly 4-thousand airline industry workers to push back jab mandates in their workplace.

Walker described how since August 6, United Airlines began a ‘vaccine’ mandate for all employees with no exceptions allowed. She said that this process is “onerous and potentially not legal, depending on how that turns out in court,” since it does not allow for religious exemptions protected under Title VII of the US Civil Rights Code.

Walker highlighted how the only “reasonable accommodation” the airline corporation offered to the workers was unpaid, indefinite leave, which she said “basically amounts to self furlough.”

Thankfully, a court gave the airline employees a victory in September: a temporary restraining order from this “accommodation,” so that for two weeks they could keep working normally. “Within 12 hours of that agreement, they [United Airlines] reneged on that,” she added.

LifeSite has launched a LifeFunder campaign to help out Walker and all her colleagues in the airline industry standing up for their constitutional rights and freedoms. I strongly encourage you to do what you can to support them in their legal fight by making your secure donation here.

The pilot pointed out that AE4HF began with 184 employees and today has almost 4,000 members. They have filed a lawsuit in protection of religious freedom in the Fifth Circuit in Texas.

Walker told me that all the workers are standing together strong, supporting and motivating each other to keep in the fight.

She mentioned that their goal is to bring back the foundations in which America was built on to society for future generations. “In the name of the Father we are standing here today to say no more,” Walker said. “You cannot tread on our faith. We have constitutional rights.”