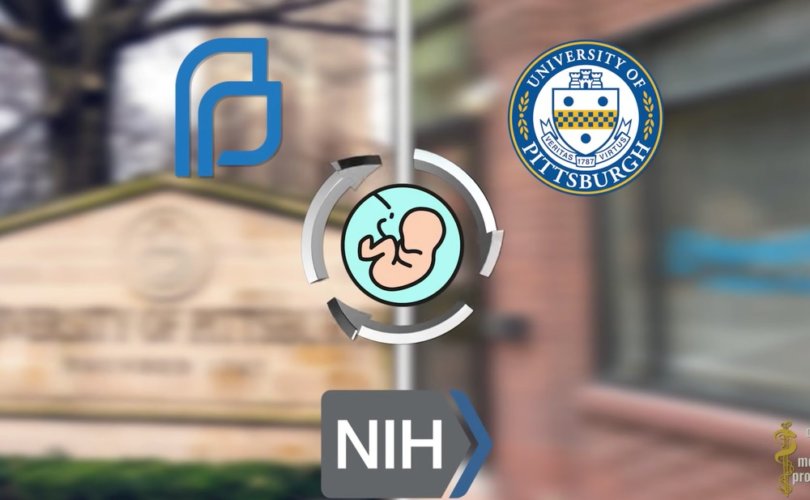 PITTSBURGH, Pennsylvania (LifeSiteNews) – Earlier this year, an investigation revealing that researchers were grafting the scalps of aborted babies onto mice to create “humanized mice” was released; in May, David Daleiden of the Center for Medical Progress went on Tucker Carlson Tonight to discuss the grotesque research being done on aborted babies by the University of Pittsburgh with funding from Anthony Fauci’s National Institute of Allergies and Infectious Diseases (NIAID), which is part of the National Institutes of Health (NIH).

This week, new details are emerging. Even Donald Trump, Jr. tweeted a stunned reaction: “This is sick, twisted and evil. I don’t care if you’re pro-choice or pro-life, if you’re okay with torturing an unborn baby like this, then you need to seek help immediately. Everyone involved should be behind bars.”

This is sick, twisted and evil.

I don’t care if you’re pro-choice or pro-life, if you’re okay with torturing an unborn baby like this, then you need to seek help immediately.

Everyone involved should be behind bars. https://t.co/V8qlqa3eos

We have known about the experiments at the University of Pittsburgh for some time. What we are just finding out is that researchers harvested organs from aborted babies who were still alive.

FOX News is now reporting on the fact that the university received millions of federal dollars for the tissue bank that harvested “heart, gonads, legs, brain” from aborted babies. In an attempt to defend their research, the University of Pittsburgh confessed that when they referred to “ischemia time” in their grant application to the National Institutes of Health “refers to the time after the tissue collection procedure.”

According to the Center for Medical Progress: “Ischemia starts when the organ (the kidneys primarily in Pitt’s GUDMAP project) is cut off from blood circulation. The NIH defines ischemia as ‘lack of blood supply to a part of the body.’ The University states the fetal organs do not undergo ischemia—lose their blood supply—until ‘after the tissue collection procedure’. This means the organs are still receiving blood supply from the fetal heartbeat during the ‘tissue collection.’”

David Daleiden responded to the news by releasing a statement: “Pitt is now admitting to news media that the aborted babies are still alive at the time their kidneys are cut out for NIH grant money. Pitt’s grant application for GUDMAP advertised this to the federal government and that labor induction abortions, where the baby is pushed out of the mother whole, would be ‘used to obtain the tissue.’ The plain meaning of the GUDMAP grant application, and the University of Pittsburgh’s statement today explaining it, is that Pitt and the Planned Parenthood abortion providers responsible for its ‘research’ abortions are allowing babies, some of the age of viability, to be delivered alive, and then killing them by cutting their kidneys out.”

“If Bill Barr knew about this as Attorney General and did nothing, he should be impeached and hauled before Congress to explain himself,” Daleiden went on. “Merrick Garland even promised the Senate Judiciary Committee he would make decisions about fetal trafficking prosecutions based on the facts and the law. The fact pattern here in Pittsburgh and elsewhere demands that this Kermit Gosnell-like activity be brought to justice under the law. Dr. Anthony Fauci, whose NIAID office funds nearly 60% of NIH-sponsored fetal experimentation, was recently grilled by Senator Rand Paul about unethical government-sponsored gain-of-function experiments. The Senate Judiciary Committee should call Barr, Garland, FBI Director Wray, NIH Director Collins, Fauci, and representatives of Pitt and Planned Parenthood to face the same imperative scrutiny for the enabling of partial-birth abortions and infanticide in the government-sponsored human trafficking of aborted infants.”

According to Live Action, the NIH grants included racial quotas for baby body parts: “In the application to NIH, the University of Pittsburgh said it intended to use ‘Inclusion (or exclusion) of individuals on the basis of sex/gender, race, and ethnicity’ when procuring aborted body parts. The university stated that it would harvest 50% percent of aborted babies from white mothers and 50% from minority patients and their children, with 25% of those harvested babies coming from Black women. As CMP noted, ‘Allegheny County, the major metropolitan area from which Pitt-based abortion practices draw patients, is 80% white and only 13% Black.’”