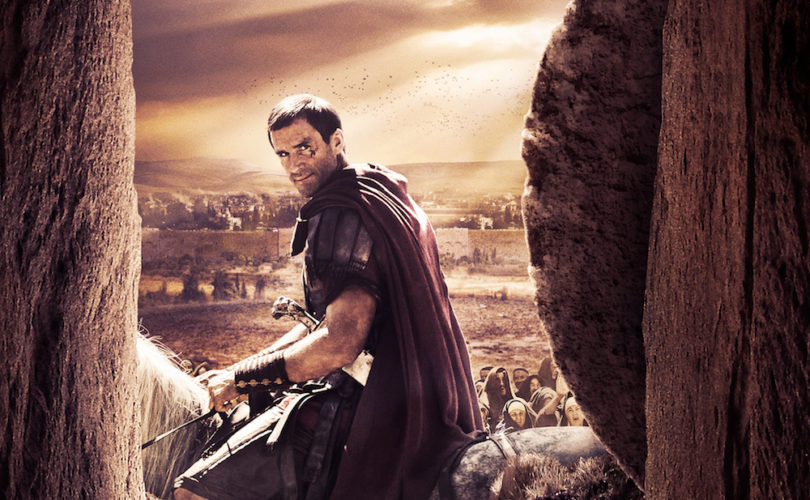 February 3, 2016 (LifeSiteNews) – Set to open on 2,700 screens across North America on February 19, Risen, starring Joseph Fiennes of Shakespeare in Love fame, begins where Mel Gibson's The Passion of the Christ concluded: the crucifixion. Seen through the eyes of Clavius, an ambitious Roman tribune (Fiennes) charged with guarding the body of the crucified Jesus of Nazareth, the story is told from the vantage point of an unbeliever on a desperate mission to crush the “rumor” of the Messiah's resurrection.

The Sony Pictures film is reminiscent of the 1985 film The Fourth Wise Man, starring Martin Sheen in that the ever so familiar events are retold from a fresh perspective, making the narrative all the more convincing. Rich Peluso, senior vice president of AFFIRM Films, a division of Sony Pictures Entertainment, spoke of it as the “intersection of Scripture and historical fiction,” which allows for a “refreshing and exciting way to relive this story that I know and love so well with different eyes.”

Peluso, who after working 15 years in Christian music joined Sony to “utilize corporate worldly resources to tell stories that point to Jesus,” told LifeSiteNews in an interview last week that Clavius is a composite character of many who must have taken the news of the resurrection back to Rome.

How is it, said Peluso, that the “dominant empire in the world, focused on crushing Christianity, gets flipped in a number of generations into a Christian empire?” Obviously, the truth of Christ's resurrection witnessed by the Jews and Romans had a transformative effect.

Peluso said that Risen has had incredibly positive feedback from the Christian leaders who screened the film.

The epic production has a realistic feel and a compelling story. The biblical violence is not nearly as severe as that of Mel Gibson's The Passion of the Christ. While the portrayal of Jesus doesn't equal Jim Caviezel's masterwork, the resurrected Jesus has only a very small part in Risen, as the focus is on Clavius's journey to seeing and believing. Risen's presentation will assist many who don't see Him to come to believe in Christ and His Resurrection.