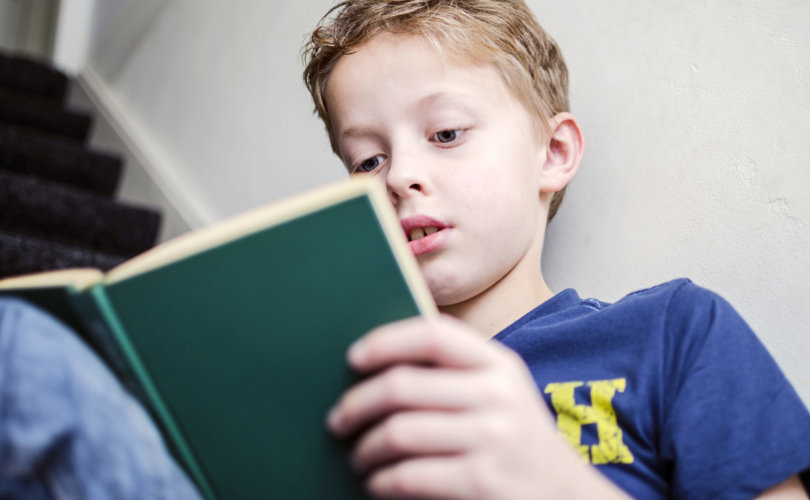 October 22, 2020 (LifeSiteNews) — Earlier this week, Canadian media outlets broke what we are supposed to believe is a hugely upsetting story. Curriculum advisers handpicked by Alberta’s government, they reported, had made a series of unthinkable recommendations. Professors were called upon to condemn the proposals; commentators struggled to catch a breath; the New Democrats in opposition were frankly hornswoggled.

The new recommendations, it turns out, include teaching seven- and eight-year-olds about ancient Rome, ancient China, medieval feudalism, and Homer’s Odyssey. The advisers recommended that many important names and landmarks be memorized, and that children as young as the first grade should be introduced artists such as Claude Monet and Georgia O’Keeffe. Most offensively, it was also proposed that first graders learn Bible verses about Creation as poetry (something that Richard Dawkins has proposed.)

Hilariously, academics such as Professor Keith Barton, an alleged “specialist in social studies curriculum and instruction” told the CBC that “to say that second graders are going to be learning about ancient China and ancient Rome, that they’re going to be learning the names of capitals — nobody does this.” Of course, the fact that “nobody does this” might be one of the reasons children are so woefully under-educated these days. My daughter had memorized entire Bible chapters before the age of three, and I know many home-schooling parents whose children can speak on a wide range of topics before the age of 10. Perhaps if those parents followed Barton’s advice, their children would be more appropriately ignorant.

Former premier Rachel Notley went for lower-hanging fruit and insinuated that the proposals were actually racist due to reports that the history of residential schools may not be taught in elementary, a characteristically nasty accusation. I actually agree that this history should be taught in elementary (there is a great book in the Dear Canada series, These are My Words: The Residential School Diary of Violet Pesheens, that would work well as introduction). But I note that it is particularly ironic that Rachel Notley is so offended by the new curriculum proposals, considering what she and her education minister David Eggen perpetrated on Albertan schools.

As you may remember, the NDP actually passed laws ensuring that parents would not be told if their children joined Gay-Straight Alliance Clubs — and the activities of children in this regard would be hidden from their families. This resulted in children being taken out of school, without their parents’ knowledge, by a “facilitator” who was not on staff at the school, to a conference where they were given condoms and a 50-page flip-book on how to have anal sex (among other activities.) Parental complaints were totally ignored. This ended up in court. Notley and the NDP wanted to indoctrinate children without parents’ knowledge or permission, because they believe children belong to the state.

In fact, Alberta’s NDP actually told Christian schools that if they didn’t accept Gay Straight Alliance Clubs and abandon their Judeo-Christian ethic, they would be shut down. Schools had a choice: Accept the ideology of the governing party of Alberta, or else. The next step, of course, would be to ensure that everyone’s children were taught what the NDP believes to be true. Ideological colonization, in other words. If parents won’t teach progressive values to their children, the government will make sure they are indoctrinated by making it illegal to tell parents what their kids are doing at school. If the school isn’t cooperative, they can be shut down, too.

The only reason over 20 Christian schools didn’t lose accreditation in Alberta was because Rachel Notley, David Eggen, and the rest of gang got sent packing by voters who were fed up with their bullying, their incompetence, and their interference. But it is precisely because of that experience that I think it is so important that the history of residential schools be taught early and always. The residential schools were set up to take children from their parents so that they could be re-educated into a new culture that the government thought was better for them. The government believed it would be best if the culture of the parents did not get passed on to the children, because the children could only participate fully in civilized society if they were educated to realized that their culture was out of date and would only hold them back. Children were even punished for attempting to maintain their culture.

Does that sound familiar? It should. Rachel Notley, David Eggen, and their fellow ideologues would love to do the same thing to the religious schools of Christians, Sikhs, Mormons, Muslims, and orthodox Jews who do not conform to their vision of an ideal progressive culture. Old ideas, religious ideas — those must be dispensed with by “re-education” — and that can be done by separating children from their parents. The circumstances and the severity are different, but the concept is the same: The state knows best, and parents must be prevented from passing on values the state disapproves of.

The state should never get between children and their parents. And that is why parents must get in between progressives and the power they desire.