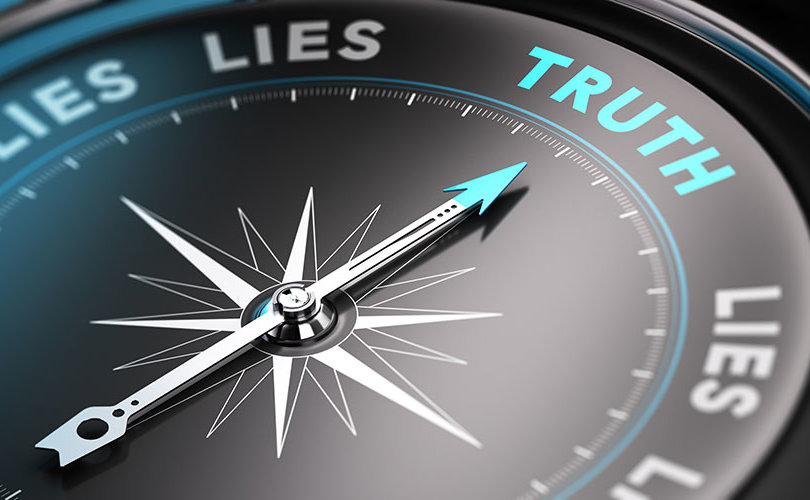 November 28, 2020 (LifeSiteNews) — This is an updated version of the critical note published at the top of yesterday’s LifeSite Daily News email. Unfortunately, those notes are seen by only subscribers to our email sends. All other visitors to LifeSite do not see the notes.

Considering its importance, I decided to also publish it today as a blog article so that non-subscribers could also read it.

I strongly urge you to read it and to consider the directions given at the end.

You are needed to do a simple daily task to defend our core rights and freedoms that are now in greater danger than at any time since World War II. See especially the last paragraphs of this message.

During the last few weeks, we have been seeing a dramatic lack of reporting by all mainstream television, radio, and postings in social media of positive news about Trump’s legal teams’ successes or positive or corrective news about the COVID virus. And social media censoring of anyone who does such reporting has also gone well beyond previous censoring.

People cannot possibly understand what is really happening now on the election and COVID issues if all they rely upon is the tsunami of constant lies in the regular media.

Turn off all television and radio news! Stay away from mainstream media social media postings. They will warp, and have long been warping, the minds of millions with their propaganda, creating unwarranted great fear and turning us against each other.

Google-owned YouTube is threatening to permanently de-platform LifeSite because of a video that contained audio comments severely criticizing the need for mask mandates and lockdowns, from a prominent, highly respected Canadian physician, that were similar to comments from numerous other, even world-leading, U.S. and Canadian doctors. YouTube claimed that the comments in that video, and in a previous one in a Mother Miriam program, contained “medical misinformation.” That is false!

YouTube acts against any comments that do not completely agree with the often changing directions of the heavily Chinese communist–influenced WHO, led by Tedros Adhanom, a non-physician and former communist Ethiopian terrorist. The WHO gave seriously wrong information about the COVID-19 virus at the begining of the pandemic that greatly contributed to the virus’s global spread. It was defunded by President Trump because of this and its strong pro-abortion record.

Today, we have an article related to Johns Hopkins that seriously undermines the contrived fear that Democrats and their international global elite allies want everyone in the world to be experiencing for many not just months, but even years to come. They need that fear to implement their “Build Back Better” Global Reset” with greater speed and greater intensity than many might imagine.

Dr. Genevieve Briand’s study, exposing that COVID-19 has not led to significant overall excess deaths in the United States from 2014 to 2020, is astounding. It contradicts everything the media and almost all of the “health” bureaucrats have been incessantly pounding into our heads to convince us to accept their demands to hide in our homes; not allow anyone, even family, into our homes; wear masks all the time; close up again all small, medium, and even large businesses that will surely end up permanently closed down if this continues much more; and consider everyone else a potential killer by viral contagion.

Briand’s report has of course been censored and removed by Johns Hopkins. We have the study for you to consider yourselves instead of unilaterally pronouncing that it can’t possibly be true.

Steve Mosher has written what we believe is the most encouraging and best article you will see anywhere on the latest fraud revelations by the Trump legal teams. This too is astounding.

Yesterday, we published yet two more articles on the amazing Sidney Powell. You must read them here and here. The pardon of General Michael Flynn is incredibly good news. The Democrats started to destroy him even before his new boss, Donald Trump, was sworn in as president. They made Flynn’s past four years a daily hell because of how they deliberately entrapped him.

Why did they do this? Because he was known to be the one person who could have exposed the many criminal activities of Obama; Clinton; and their crooked FBI, CIA, and other intelligence agency–installed traitors. Flynn knew, as they say, where all the bodies are buried. None of the mainstream media will have published as positive an article as we and other conservative alternative media did on his pardon. The Sidney Powell criminal fraud team is greatly blessed to have Flynn working with it. There is no one better.

Another astounding story that we recently published was on Dr. Michael Yeadon, a former vice president and chief scientist for international vaccine giant Pfizer, who has flatly rejected the need for any vaccines to bring the COVID-19 pandemic to an end. He heroically publicly stated, “There is absolutely no need for vaccines to extinguish the pandemic. I’ve never heard such nonsense talked about vaccines. You do not vaccinate people who aren’t at risk from a disease. You also don’t set about planning to vaccinate millions of fit and healthy people with a vaccine that hasn’t been extensively tested on human subjects.”

This man is about as knowledgeable and credible as you can find in the world. That article has gone viral because it has made people realize that, YES, he makes sense!

So what is the point of all the above?

We need good people — that is all of you — to be spreading LifeSiteNews articles, and every day encouraging as many people as you can think of to become subscribers to our daily news emails. We need you to help people realize that they are being massively lied to every day by all of the media that most people are normally exposed to.

We need you to help them have hope!

We need you to help them realize that there are news services, like LifeSite, that are totally trustworthy, that tell the real, factual news, that do not manipulate or purposely hide uncomfortable news.

Most will eventually thank you for changing their lives as a result of this.

That action by you is the most effective way to save the world from the tyranny that we may be imminently facing.

On its own, truth has great power. We have learned this repeatedly over our 23+ years of existence.

When the populace is regularly exposed to truth, people tend to become encouraged, emboldened, and willing to fight to save all that is most precious to them.

PLEASE, do at least something related to this one task every day, to the extent that you are able. Do not be timid. Ignore temporary negative feedback. You and we have everything to gain and a frightening level of rights and freedoms to lose if we do not take on this responsibility.

And, of course, pray as you have never prayed before during the next several weeks.

May God bless you and your families,