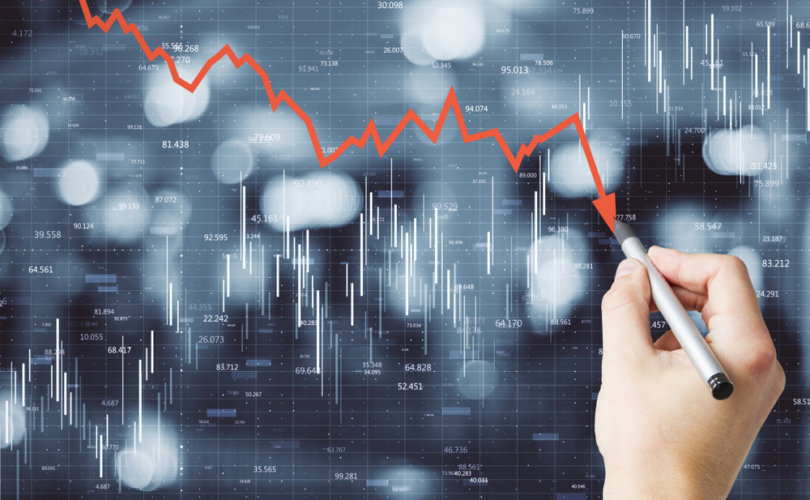 September 27, 2019 (LifeSiteNews) – Many of you will have seen the phenomenal news that the abortion rate in the United States continues to drop, plunging to the lowest rate since it was first legalized in 1973. Not only that, but the abortion rate is declining in all areas of the country, and this drop appears to be the continuation of a years-long trend.

In order to better understand the new statistical data—abortion activists are already claiming that pro-life efforts have nothing to do with the decline—I spoke with my friend Dr. Michael New, one of the foremost researchers on abortion statistics in the United States. He is currently a Visiting Professor of Political Science and Social Research at the Catholic University of America as a well as an Associate Scholar at the Charlotte Lozier Institute and a Fellow at the Witherspoon Institute. He earned his Ph.D. in Political Science and a Master’s Degree in Statistics from Stanford University, and his articles on the impact of state-level abortion legislation have appeared in peer-reviewed journals.

His analysis of this recent news is an optimistic one.

Van Maren: What is your analysis of the recent statistics that have been released indicating that the abortion rate is at an all-time low?

I have always felt that pro-lifers should discuss these falling abortion numbers more than we do because we are making more progress than we realize. Suppose I could go back to 1980 and talk to pro-life leaders of that era — Jack Willke, Mildred Fay Jefferson, Joe Scheidler, and Nellie Gray. If I told them that by 2019, we have not succeeded in overturning Roe v. Wade, but we have reduced the U.S. abortion rate by 50 percent — I think they would have been pretty skeptical. However, that is exactly what has happened.

Van Maren: What pro-life policies have contributed to this decline?

New: Interestingly, Guttmacher has been spinning these new abortion numbers very aggressively to try to make the case that pro-life policies have had little to do with the recent decline in the U.S. abortion rate. The main problem with their analysis is that they are only considering data from between 2011 and 2017. Six years is a relatively short amount of time to properly analyze changes in demographics, public attitudes, or public policy. When one looks at longer-term data, a key factor in the 53 percent decline in the U.S. abortion rate between 1980 and 2017 is because a higher percentage of unintended pregnancies are being carried to term.

Guttmacher's own data shows that almost 54 percent of unintended pregnancies resulted in an abortion in 1981. That figure fell to 42 percent by 2011 — the most recent year we have data. If a higher percentage of unintended pregnancies are being carried to term, that means that pro-life efforts to (A) change hearts and minds, (B) assist pregnant women, and (C) enact protective pro-life laws have all been successful.

A) Changes in Public Attitudes Toward Abortion

Since 1995, Gallup surveys show a significant increase in the percentage of individuals identifying as “pro-life.” According to Gallup, in September 1995 only 33 percent of Americans identified as “pro-life.” However, the most recent Gallup poll taken in July 2019 found that 49 percent of Americans say they are “pro-life” – a plurality. Additionally, data from the General Social Survey shows increasing opposition to abortion among young adults since 2000.

Heartbeat International’s data shows that the number of organizations offering various types of assistance to pregnant women increased by 86 percent between 1988 and 2015. A recent Charlotte Lozier Institute analysis estimated that pregnancy help centers assisted over 2 million women in 2017.

There has been a significant increase in the number of state-level pro-life laws passed since the early 1990s. Furthermore, a body of peer-reviewed, academic research shows a range of pro-life laws, including public funding limits, parental involvement laws, and properly designed informed consent law all lower abortion rates.

Van Maren: Abortion activists often credit contraception and sex education with reducing the abortion rate. What has your research indicated?

Furthermore, there is a body of academic research which shows that efforts to encourage the use of contraceptives through subsidies, mandates, or distribution are ineffective at best or counterproductive at worst. Overall, the fact that a higher percentage of unintended pregnancies are being carried to term is a far more compelling explanation for the 53 percent decline in the U.S. abortion rate since 1980.

Van Maren: What should the pro-life movement take away from this news?

New: Pro-lifers should be encouraged.  Many people — even many pro-lifers —  think that the pro-life movement in the United States has not been all that effective because 46 years later, we still have not overturned Roe v. Wade. However, these declining abortion numbers provide good evidence that the efforts of pro-lifers are bearing fruit.

Furthermore, when I give presentations, I often tell pro-life audiences that if you are doing pro-life work and you are bored, you are doing something wrong. Here, in the United States, we are on the verge of some potentially exciting policy changes that might restore legal protection to literally millions of unborn children. Now is the time for us to push our chips to the center of the table. We do not want to look about years from now and wonder “What if?”

That said, we cannot say with any certainty, if what pending abortion cases the Supreme Court may decide to hear or how they will rule on any given case. It is possible that we may not get the ruling we are seeking.  If that is the case, I do not want pro-lifers to become discouraged. Even under the Roe/Casey regime, our efforts have succeeded in building a culture of life, reducing abortion rates, and saving innocent lives.

Van Maren: What hopeful signs do you see on the horizon? Will the abortion rate continue to decline?

New: There are plenty of reasons for hope on the horizon. Pro-lifers are changing hearts and minds.  We have made some gains in the court of public opinion among young people. We are doing a good job caring for pregnant women through pregnancy help centers. There has been a surge of protective pro-life laws being enacted at the state level.

There are other reasons for hope as well. Many of our outreach efforts are doing a great deal of good. Feminists for Life is trying to make college campuses better places for pregnant and parenting students. The Silent No More Campaign is doing a great job collecting powerful testimonies from women who regret abortion. 40 Days for Life has inspired thousands of people to pray and witness outside abortion facilities. Students for Life of America is going a great job recruiting and training pro-life college students.

Of course, none of this would matter if abortion numbers were not falling. However, the abortion rate decline in the United States continues. And I have every confidence that if we stay the course –victory will someday be ours!