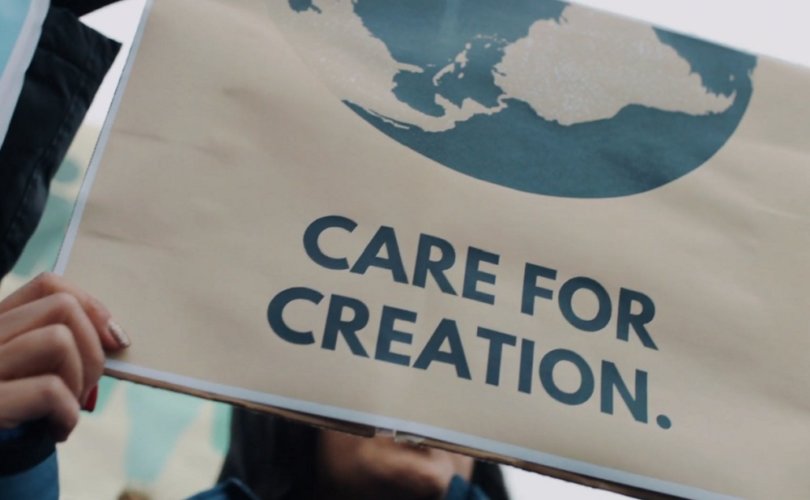 WASHINGTON, D.C., February 11, 2020 (LifeSiteNews) — The United States Conference of Catholic Bishops (USCCB) has released a series of five short videos aimed to “inspire prayer and action in political life and to help Catholics apply the Church’s teaching as handed down by Pope Francis,” as the U.S. moves deeper into the 2020 election year.

However, the videos fail to acknowledge the pre-eminence of abortion as the most significant life issue continuing to face the Catholic Church in the United States as they redirect the attention of U.S. Catholics to other issues — such as immigration and “climate change” — which are more dear to liberal prelates and the pontiff.

The failure to highlight abortion as pre-eminent is particularly glaring in the video that zeroes in on protecting human life and dignity.

The seamless garment has prevailed

The videos are said to complement the USCCB’s document, “Forming Consciences for Faithful Citizenship,” approved at last fall’s general assembly, but only after a contentious discussion among the bishops over whether or not abortion should continue to be recognized as the “pre-eminent” life issue facing the Church and the world today.

In the end, bishops who fought to maintain abortion as a top social justice priority won 143-69, voting against including a full quote by Pope Francis in the document that downplayed abortion and which one bishop argued was necessary to keep the bishops’ priorities in line with the pope’s.

While the “pre-eminence” of abortion was kept in the document, it is nowhere to be found in the videos.

Some might dismiss this as an oversight, but the omission is a loud declaration that the USCCB chose to let abortion fade as a top life issue while quietly embracing the view of a minority — but powerful — cadre of liberal prelates aligned with Pope Francis and papal nuncio Christophe Pierre.

The one third of bishops who along with Pope Francis have chosen to embrace the spirit of Cardinal Bernardin’s “seamless garment” — an approach which assigns equal weight to all important social justice issues — have apparently won where it counts.

While almost no laypersons have read the bishops’ document on faithful citizenship, the videos are intended to be widely viewed, broadcasting the bishops’ message to laity and the world at large. The implied message is that abortion is just one of many important issues.

“The bishops of the U.S. invite all Catholics to bring their faith into the public square,” said Archbishop José H. Gomez of Los Angeles, president of the USCCB, in a statement introducing the videos. Gomez also served as chairman of the working group on Forming Consciences for Faithful Citizenship, which was responsible for the videos.

Yet Catholics are being sent into the public square during this election year charged with a radically different set of faith priorities.

With abortion removed as a top focus, reduced to the moral equivalent of immigration as a life issue, the Catholic bishops of the United States have thrown the door wide open for Catholics to vote for Democrat candidates.

This is unsurprising, considering the pope’s antipathy for President Trump and his pontificate’s embrace of highly politicized liberal causes.

“Political engagement and participation are important ways that together we can work to protect the unborn, welcome immigrants, bring justice to victims of racism and religious intolerance, support families, accompany those experiencing poverty, and advocate on behalf of all who are vulnerable,” said Gomez.

Perhaps the most surprising element of the video series is that Archbishop Joseph F. Naumann, chairman of the USCCB’s Pro-Life Committee and a stalwart protector of the unborn, appears in the videos but does not declare the primacy of abortion.

Until now, Naumann has been unwavering in his defense of the unborn.

In his powerful homily at the National Prayer Vigil for Life Mass in Washington, D.C. last year, Archbishop Naumann declared unequivocally, “Protecting the life of unborn children is the pre-eminent human rights issue of our time.” But there is barely an echo of that statement in his video appearance.

Perhaps Archbishop Naumann is the victim of an editor’s cut and splice, but it seems likely he would have had the opportunity to critique the videos before they were released.

Videos make no attempt to appeal to Catholic men

Not only is the content of the videos jarring for pro-life America, but the effeminate tone that saturates the entire series will leave many Catholic men cold.

This is not a call to action to soldiers and warriors for Christ; it is an appeal for do-gooders and helpers in a Church where women and soft men possess the dominant voice.

The videos call not for the Church Militant, girded with the full armor of God (Eph. 6:10–17), but for the Church Reactionary, armed with placards, aprons, and a smiling face.

And while the five videos have been available to the public via YouTube for more than a week, they have been viewed, on average, less than a thousand times each.