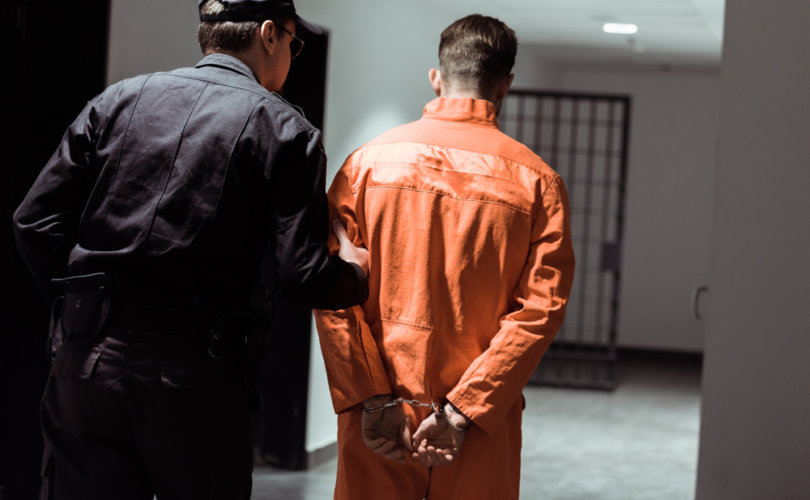 December 20, 2018 (LifeSiteNews) – If you’ve ever wondered whether judges have the power to define or redefine reality, consider a recent ruling by Judge B. Lynn Winmill of Idaho’s U.S. District Court on December 13. According to ABC News—and notice the language used here—the state of Idaho “must provide gender confirmation surgery to a transgender inmate who has been living as a woman for years but who has continuously been housed in a men’s prison.” The media, it seems, is moving away from “sex change” or “transition” surgery to “gender confirmation surgery.”

The inmate in question, Adree Edmo, will become the first prisoner in the state to get this surgery—and as I’m sure you can imagine, this will all be done on the taxpayer’s dime. Getting castrated in order to live more convincingly as a “woman” is one of those new human rights we’ve just discovered, and Judge Winmill was indignant that the Idaho Department of Correction has not kept up with the times, stating in his ruling that refusing to “provide” this surgery could cause Edmo irreparable harm. (No comment was made as to whether the surgical removal of the penis could also, possibly, cause irreparable harm.)

“For more than forty years,” Winmill wrote, harking back to a time when nobody had even heard of transgenderism yet, “the Supreme Court has consistently held that consciously ignoring a prisoner’s serious medical needs amounts to cruel and unusual punishment in violation of the Eighth Amendment.” Winmill did not address whether or not the Supreme Court justices might have had this sort of thing in mind when they referred to “cruel and unusual punishment,” and one suspects that such a question would lead to the uncomfortable discovery that they were probably, in the words of LGBT activists, hopeless “transphobes.”

Edmo’s desire to live as a female, however, is a “serious medical need” in Winmill’s opinion, and the prison system’s negligence in making the necessary arrangements constitute the “wanton infliction of pain.” As such, Idaho has six months to get Edmo outfitted as a “woman,” or at least the closest thing approximating a woman that surgeons can manage. According to ABC News, objectively reporting this story in strictly-trans-activist-approved language, the surgery will “restructure her physical characteristics to match her gender identity.”

Amy Whelan, an attorney with the National Center for Lesbian Rights, was triumphant about the decision. “I hope that this makes clear to IDOC and also to prison systems around the country that they can’t deny medically necessary care to transgender prisoners,” she said. “That is a requirement under our constitution. They need to start evaluating people appropriately, and providing care to them.”

Care, in this case, includes the amputation of healthy genitals. LGBT activism is not for the faint of heart these days.

The Idaho Department of Correction now has to figure out how to proceed. Spokesman Jeff Ray, having been thoroughly chastised by the lesbian rights activist speaking for transgender prisoners as well as a woke judge, said that they will do their best to figure everything out, including what sort of prison Edmo will get sent to once the court-ordered physical alterations have been completed. There are around thirty other prisoners also suffering from gender dysphoria, and judges may soon discover that the prison system is also cruelly identifying them by their government-issued identification, as well.

Edmo’s case appears to be genuinely tragic in some ways, as he had already attempted to mutilate his own genitals and present as a “female.” This, apparently, correlates directly to an obligation on the state’s part to remedy this problem with a “solution” approved by the transgender movement. Judge Winmill also noted ominously that Corizon, the Tennessee-based private company in charge of medical care for inmates in twenty-two states, has never provided “gender confirmation” surgery at any of its facilities. One gets the sense that they will be forced to consider doing so at a very early date indeed.