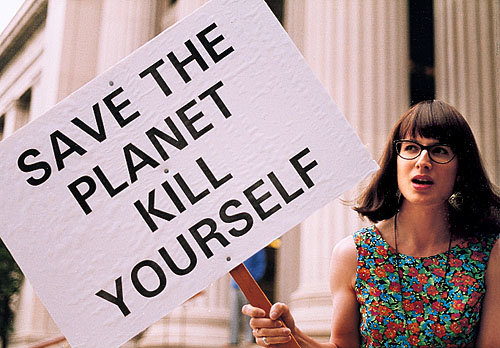 (LifeSiteNews) – The United States National Intelligence Council (NIC) released a document in 2021 called Global Trends 2040: A More Contested World that outlines a host of speculative predictions about what the world might look like in 2040.

In 2017, the agency released Global Trends 2035: Paradox of Progress, which warned of, among other things, the “risk of a pandemic and the vast economic disruption it could cause.” For those who have been wondering whether the declared COVID pandemic was a “plandemic,” it is likely that hearing of pandemic predictions that have come true will only continue to stoke interest in the possibility of a planned event.

A year into the declared pandemic, which may or may not have been predicted by the 2017 report, the NIC released its most recent report in March 2021 that hurled a series of gloomy predictions of a world ravaged by the fallout from a pandemic (which they may have predicted) that is plagued with national security issues.

The term “prediction” should be used loosely after a closer look is taken at the document. The divergent predictions seem to be as well formulated as responses from a Magic 8 Ball, with all possible scenarios counting as “predictions.”

On the one hand, the NIC warns of a seemingly dangerous populist uprising: “Nationalism and polarization have been on the rise in many countries, especially exclusionary nationalism. Efforts to contain and manage the virus have reinforced nationalist trends globally as some states turned inward to protect their citizens and sometimes cast blame on marginalized groups.”

On the other hand, a potential scenario for 2040 is a “renaissance of democracies.”

The report reads, “The world is in the midst of a resurgence of open democracies led by the United States and its allies. Rapid technological advancements fostered by public-private partnerships in the United States and other democratic societies are transforming the global economy, raising incomes, and improving the quality of life for millions around the globe.”

Other parts of the document seem to portray current realities as things to be seen in the future. For example, in the overview of “International” trends, it says that “power in the international system will evolved to include a broader set of source.” However, “no single state will dominate.”

How is that different from now?

As you might imagine, China and Russia continue their roles as boogeymen in the hypothetical world of 2040.

Both nations will “have stifled innovation” and China in particular will be “taking advantage of the West’s troubles to expand its international influence.” China is mentioned over 160 times in the document, which is more than the 156 pages.

Russia will represent a “separate silo” in a world segmented into isolated regions, and alongside India will be one of the most powerful nations in the world, according to the report.

Russia’s dominance will supposedly be personified by their deeper excursions into the Arctic regions, thereby posing a threat to North American security.

Of course, no governmental document that predicts the future would be complete without climate alarmism.

The document spends a lot of time talking about the environment and predicts that global warming will “surpass 1.5°C while heading toward 2°C possibly by mid-century.”

Not only will things heat up globally (even though any supposed global warming has been on pause since 2014), but the NIC stated that “even if net zero” emissions were met “immediately,” there is nothing we can really do to stop the climb in temperature.

Here is a quote that might have been adapted from a low-brow Hollywood thriller: “In the early 2030s, the world was in the midst of a global catastrophe. Rising ocean temperatures and acidity devastated major fisheries already stressed by years of overfishing. At the same time, changes in precipitation patterns depressed harvests in key grain producing areas around the world, driving up food prices, triggering widespread hoarding, and disrupting the distribution of food supplies, leading to global famine. A wave of unrest spread across the globe, protesting governments’ inability to meet basic human needs and bringing down leaders and regimes. In one of many incidents in the Western world, thousands of people were killed in three days of violence in Philadelphia triggered by social media rumors about bread shortages.”

Now, in typical government fashion, no good crisis will go to waste. The rise in temperatures will harm countries like the U.S., but it will somehow benefit Russia because they will have “lengthened growing seasons.”

Remember, Russia will have “stifled innovation” that could have stopped a climate catastrophe, and now Russia benefits while the world suffers.

It is also worth remembering that this was written before the Russia-Ukraine conflict.

In case you thought COVID would be a thing of the past 18 years from now … think again.

It isn’t that the virus will plague the future, but all the potential global scenarios prophesied by the NIC have COVID as a main catalyst alongside climate change.

The fallout from the declared pandemic could lead to the aforementioned renaissance of democracy, but it might also lead to “a world adrift,” or a “competitive coexistence” with China, “separate silos” or civilization, and “tragedy and mobilization.”

In all these scenarios, it is COVID that shaped the world that led up to each hypothetical reality.

It is interesting to note that the report did not predict a war in Ukraine, even if it spoke harshly of Russia.

Now that another global catastrophe has gripped the mind of global leaders, it will be interesting to see if their predictions change in the next report to include the major event they just happened to miss.