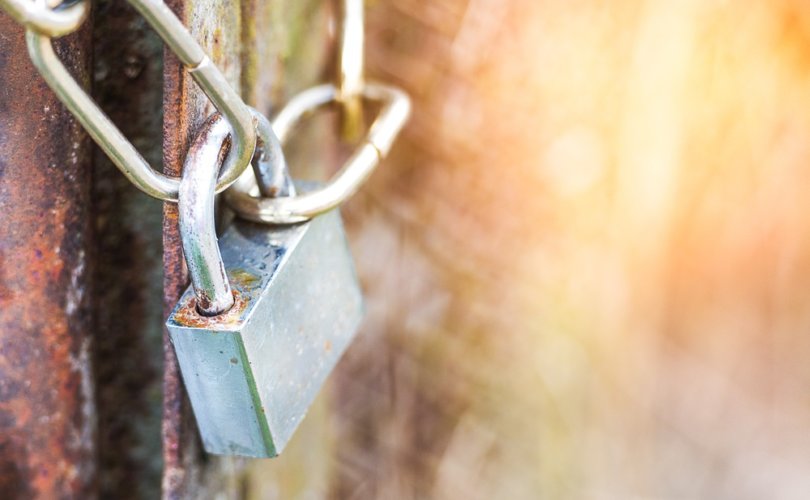 August 25, 2020 (LifeSiteNews) — We’re certainly not through with the “Great Pandemic.” However, we’ve reached a point where we can reflect on some of the ways in which we’ve reacted to the contagion as a Christian community.

As they say, “hindsight is 20/20.” So we shouldn’t be too hard on ourselves over how we’ve dealt with a worldwide crisis involving so many unknowns and scary possibilities.

One thing that’s clear is that, from the beginning, we adopted a “scientific mentality” in our decision-making processes. That’s understandable, since the threats we faced were medical, and the primary guidance received was from Dr. Fauci and his health-science colleagues.

But all along, we’ve had far too little concern for the transcendent dimension of life. Consequently, spiritual health has suffered. Probably our biggest misjudgment was the decision to close our churches and suspend the Sunday Mass obligation.

We could have maintained a regular worship schedule, or something like it. Reasonable, sensible adjustments would have provided a significant measure of protection.

Anyone whose health was compromised, or who feared they might be endangered by coming to Mass (or endangering others), would have had an automatic dispensation from attending — which is the Church’s regular, commonsense rule anyway.

Instead, we’ve tended to take a similar “scientific” approach to worship and devotion. Very clever use has been made of video streaming, social networking, and other online applications. This is to the good, in that it’s introduced pastors who were behind the communications curve to ways in which technology can supplement traditional ministry.

The downside is that people were still denied the encouragement of sharing their faith in community. They were left to feel cut off from their fellow believers, and kept from reception of the Eucharist, an experience that’s caused much emotional deprivation.

We also should have placed greater emphasis on prayer, fasting, and other pious practices — even organizing rosary processions (properly distanced). All of these would have called upon the long history of intercessory prayer so well established in Church tradition.

Such expressions of sacramentality have been tried in scattered parts of the country. I know of one Michigan priest who’s been making a weekly march through his parish territory carrying the Blessed Sacrament in a monstrance. The effort actually yielded increased parish membership during the lockdown.

These kinds of projects haven’t been undertaken nearly enough. They would have helped to calm fears and bound Catholics more tightly together in faith, even as we stood apart physically.

I don’t wish to disparage medicine or diminish the importance of science and technology. Judeo-Christian tradition has always honored human intellect and its capacity to develop ways of lengthening life and making it better.

But in our anxiety about this new and mysterious plague, and in a well intentioned effort to operate our parishes responsibly, we’ve been too ready to compromise faith for the sake of civic duty. Now that seems almost laughable, in light of the massive numbers of people filling the streets in various protests and demonstrations (not to mention riots) perpetrated during the pandemic.

I realize that in many places keeping up something closer to full operations could have meant defying, state or municipal mandates. A few non-Catholic churches did it — though they didn’t always do it wisely, with some deaths as the price of their resistance.

Perhaps we were being called to risk a certain kind of legal martyrdom for the sake of religious liberty. Many people have paid a price for our reluctance. And there might be long-term consequences of the failure to stand our ground.

We’re seeing signs of it already in the vandalism that’s occurred to some church buildings and religious statuary. These incidents can be understood only as efforts to intimidate Catholics into silence on certain issues and movements that faithful people would be expected to oppose.

The upcoming election is also a factor. Joe Biden touts his Catholicism in order to blur a long history of abortion advocacy. Kamala Harris continues to demonstrate her well known opposition to Church teaching. And our willingness to curtail ministry for the sake of public health may suggest that we can be muzzled in other ways.

Fortunately, there are indications that pastors of conservative outlook may be questioning their traditional aversion to preaching on political topics. As lines harden over the coming months, parishes could hear some interesting homilies.

But politics aside, as we look ahead to the next phase of living with contagion (until we can overcome it completely), we need to bear in mind all we’ve learned so far. We should also remember that death, and the threat of death, provides opportunities to ponder the reality of our limited time on Earth and our responsibility to spend that time in ways pleasing to God. We’re much too inclined to deny death, both as individuals and as a society.

In the Church’s attempts to celebrate life and keep people’s spirits up during these past trying months, we didn’t make nearly enough of the “teaching moment” nature provided. And that has been a great loss during the “Great Pandemic.”

We can do better.

A priest of the Diocese of Camden, New Jersey, Rev. Michael P. Orsi currently serves as parochial vicar at St. Agnes Parish in Naples, Florida. He is host of “Action for Life TV,” a weekly cable television series devoted to pro-life issues, and his writings appear in numerous publications and online journals. His TV show episodes can be viewed online at: https://www.youtube.com/channel/UCyFbaLqUwPi08aHtlIR9R0g.