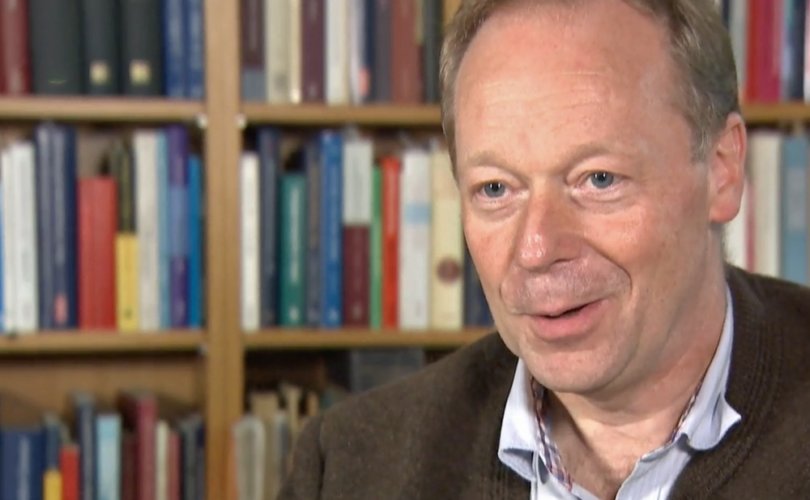 November 15, 2018 (LifeSiteNews) – Today, the Jesuit Order in Germany published a statement explaining that Father Ansgar Wucherpfennig has now been reinstated as the rector of the Sankt Georgen Graduate School of Philosophy and Theology in Frankfurt.

Wucherpfennig had previously been challenged by the Vatican because of his dissident comments about homosexuals, as well as for his especially favoring remarks about female priests. He now is being reinstated in his position without having to recant any of these controversial statements.

Father Arturo Sosa, S.J., the superior general of the Jesuits, has given his approval to the appointment. According to a press release of the Jesuit Order in Germany, Father Wucherpfennig has been reinstated immediately.

The press release states: “Father Arturo Sosa, S.J. has received the Nihil obstat (“nothing stands in the way”) from the Vatican's Congregation for Catholic Education and has named – with immediate effect – Father Ansgar Wucherpfennig S.J. as the rector of the St. Georgen graduate school.”

In order to receive that declaration of approval, Father Wucherpfennig had to make a declaration “that he as a member of the order and as a priest is duty-bound to uphold the authentic Magisterium of the Church. Where his offices demand it, he presents completely and appreciatively the teaching of the Church concerning the possibility of the ordination of women (Ordinatio sacerdotalis) and of blessing ceremonies for same-sex couples (letter to the bishops of the Catholic Church concerning the pastoral care for homosexual persons).”

As the press release continues, Father Wucherpfennig explicitly states that he will continue to question the Church's teaching: “He will continue also in the future to present the questions which he has, as a pastoral caretaker and as an academician, about this teaching as his own personal interpretation.” Wucherpfennig continues his declaration by saying that he personally hopes that the Church's teaching, as it is presented in the two above-mentioned Vatican documents, will be opened up and further developed.

Since Father Wucherpfennig's remarks in a 2016 interview had aimed at such an opening up of the Church's teaching concerning female ordination and the blessing of homosexual couples, he is now even asked “to write articles and to present the results of his research – in loyal and creative continuity concerning fundamental doctrinal tenets [“Lehrmeinungen”] of the Church,” in the words of Father Sosa himself who published his own statement on the Jesuit website.

Sosa also says that “I am grateful to the Congregation for Catholic Education, to the provincial of the German Province of the Jesuits, as well as to Father Wucherpfennig, that the thoughtful exchange, oriented toward dialogue, during this process has led to a good end.” In addition, the head of the Jesuits thanks “all those who during this process have expressed their trust in Father Ansgar Wucherpfennig and the Sankt Georgen Graduate School.”

The head of the Jesuits in Germany, Father Johannes Siebner, S.J., shows himself relieved about this latest development and has expressed his gratitude “toward Father Sosa for his own engagement” in this matter, as the official press release states. Father Wucherpfennig had been re-elected as the rector in the spring of 2018, but then, at the beginning of this fall semester was until now asked to leave that position.

The Wucherpfennig conflict had come to light in October 2018, when it became public that the Vatican had objections against Wucherpfennig's heterodox statements concerning homosexuality and female ordination, some of which he had made public in a 2016 interview.

Cardinal Gerhard Müller, the former Prefect of the Congregation for the Doctrine of the Faith, recently commented on the possibility of permitting Wucherpfennig to remain the rector of the Jesuit university, saying that this would be “a false compromise.” He further stated that “in recent times, such false compromises which gravely damage the Church are often being made.”

As LifeSiteNews previously reported, there had been an uproar among progressivist Catholics in Germany about the possibility of Father Wucherpfennig's being officially censored for his heterodox comments. As can now be seen, the progressive camp was apparently able to win this battle. Father Wucherpfennig has, furthermore, publicly stated in the past that he himself has already blessed homosexual couples.