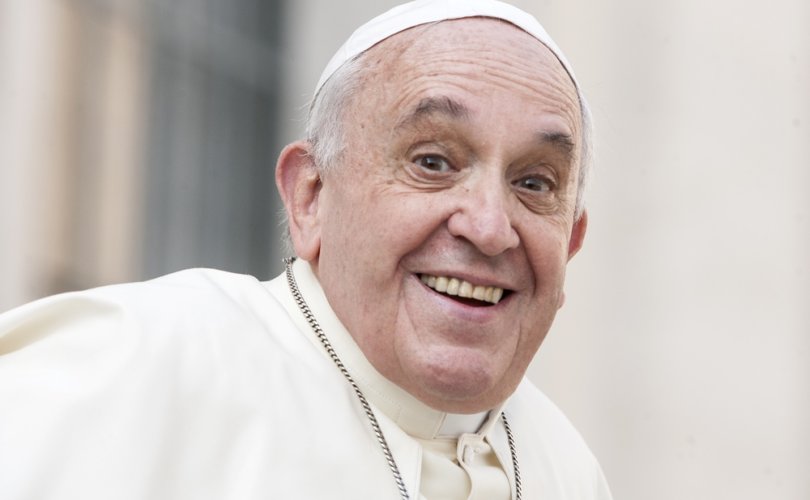 ROME (LifeSiteNews) – Just in time for Christmas, the Holy See has doubled down on its vaccine segregation policy that will make it harder for those who have decided not to take an abortion-tainted and experimental COVID shot to visit the resting place of Saint Peter.

Earlier this month, Italy “reinforced” its green pass, coming out with the “super green pass.” For the unaware, the former green pass allowed those who had received COVID injections, those who had tested negative within a certain time frame, and those who could prove they had recovered from a COVID-associated infection to enter restricted establishments.

However, the recovery from COVID option only lasts six months, before it would be necessary to prove again that one has recovered. It is possible that with antibody levels being stronger among the recovered than among the jabbed, that those who had recovered will be able to continue accessing green pass restricted areas after another assessment, but who knows.

The new super green pass has taken out the option for someone who has tested negative for COVID to access places with green pass requirements. This means that only the jabbed or the recently recovered will be able to have full access to establishments in Italy, and now the Vatican.

While the Vatican is located within the boundaries of Rome, it is a sovereign state, with its own passports and diplomatic immunity. I am sure that the political situation is complicated and if the Holy See were to reject the Italian rules it is likely that it would cause friction. In better days, we would expect our Pope and hierarchy to stand up to unjust laws from secular states, as great Popes have done in the past, but alas, we do not live in a golden age.

No jab, no job

So degraded is the political nature of the Vatican that it has not only embraced the super green pass, but has released a statement that indicates any unjabbed employees of the Holy See who cannot produce a vaccine certificate or proof of immunity will be “considered unjustifiably absent” and therefore not receive their pay.

That’s right: the administrative arm of the Church established by Jesus Christ will not pay its employees unless they prove that they have taken an abortion-tainted, experimental jab, or supply medical proof of immunity.

This is particularly troubling, as it would be easy for the Vatican to avoid such a policy. Again, even if from a perspective of diplomatic optics it was necessary to “play along” with Italian COVID rules, when you leave Italy to enter the Vatican, you enter a different country that can establish its own rules.

There is no justification for the Holy See to have done such diabolical obeisance to the unjust legislation from Italy, when she is a sovereign nation state who can govern her own affairs.

But, we should not be surprised that the Vatican of Pachamama that has endeavored to nuke the Tradition of the Church has acted in such a manner.

Abortion-tainted jab an ‘act of love’?

While unjabbed employees who have not had the luxury of contracting a virus will be so lovingly sent home with out pay, just in time for Christmas, the Holy See has doubled down and restated that taking the jab is an “act of love.”

Even if it could be granted that there was some sort of therapeutic effect to taking one of the jabs available, for something to be an act of love – that is, a charitable action – then there would have to be some demonstrable proof that by taking a given medication you in fact help someone else.

There is now overwhelming proof that the “vaccines” do virtually nothing to curb the transmission of COVID, so it is highly problematic to say that doing so would be an act of charity towards your neighbor. At best, the shots supposedly offer a bit of help in an individual case of illness, which is to say they may protect an individual person by making his or her symptoms less severe.

To say that taking a medication that helps you with symptoms is akin to doing something to help someone else with his symptoms is like saying taking your own vitamins helps someone else who may or may not take theirs.

Perhaps some would argue that it is all about keeping people out of the hospital, and therefore the charity is in reducing your own symptoms in order to not take up a hospital bed.

Again, this would be about symptoms and severity of illness, which can be addressed by proven early treatments that require no cooperation with abortion in any way, and have a proven track record of safety.

It stands to reason that there is no more act of charity in taking a jab than in taking an Advil or an anti-viral.

All of this is in stark contrast to what the Church has taught on the matter of vaccines, both before and since the declaration of the pandemic.

Just one year ago, before anything was really known about the effect of jabs and jab mandates, the Congregation for the Doctrine of the Faith (CDF) released a letter entitled “Note on the morality of using some anti-Covid-19 vaccines.”

In an era where much of what is presented as Church teaching is enough to make one light-headed, this particular letter was coherent and generally helpful. Debate about the severity of COVID notwithstanding, the CDF made it quite clear that “vaccination is not, as a rule, a moral obligation and that, therefore, it must be voluntary.”

Now, things are quite slippery, maybe even serpentine, in Rome these days, and we are probably fools if we expect our hierarchs to not exploit ambiguities that they have written into doctrinal texts.

I would imagine that the prelates who are so lovingly expelling Vatican employees from making a living just in time for Christ’s Birth would argue they have not said that vaccination is involuntary at the Vatican.

In fact, these pendragons of charity have extended their kindness so far, that Vatican employees can simply volunteer to be jabbed against their will, volunteer to catch an illness, or volunteer to be unemployed – all as an act of love, you see.

Perhaps in our day, the modernist biblical theologians in the Church have convinced the hierarchy that when Saint Paul told the Corinthians that love “is kind” and that it “dealeth not perversely,” that he really meant “love is coercive and provokes you to do things against your will.”