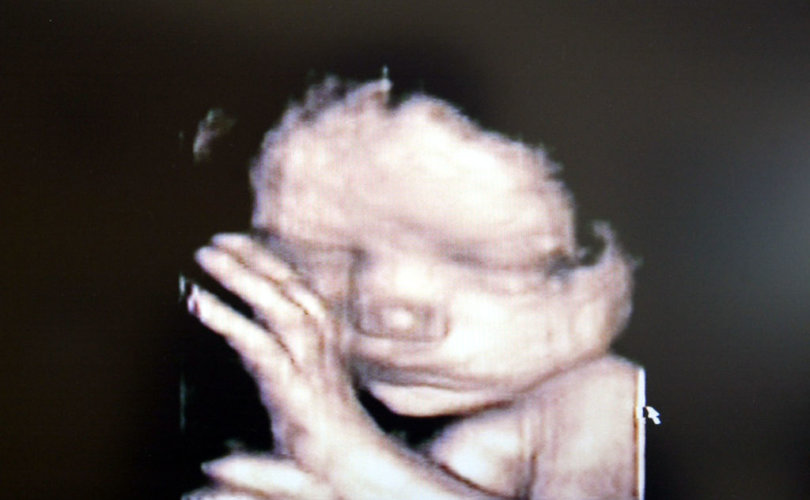 3d ultrasound showing a baby in the womb. Fotopress/Getty Images

November 13, 2019 (LifeSiteNews) – When the UN Population Fund announced it was holding a meeting in Nairobi, Kenya, to celebrate the 25th anniversary of the International Conference on Population and Development (ICPD) held in Cairo, alarm bells went off in my head.

The original Cairo conference was a full-throated effort by UN bureaucrats and their pro-abortion allies in D.C. and foreign capitals to promote abortion and population control around the world.  It was turned back only by the combined efforts of the Vatican and a handful of pro-life delegations from Latin America, Asia, and Africa.  The upcoming conference, to be held from Nov. 12-14 in the Kenyan capital, promised to be more of the same.

I was even more concerned when I looked at the proposed program, which prominently features:

UN-speak is not always easy to decipher, but here’s a rendering of the two points above in plain English:

If you think the second point is an exaggeration, let me quote the words of a UN refugee camp official we once interviewed.  When we questioned why refugees were being strong-armed by camp doctors to accept abortions, sterilizations, and contraception, the official burst out: “They are refugees! They can’t have children!”

To counter the agenda of the Nairobi Summit, the Kenya Christian Professionals Forum, supported by the Kenyan bishops, organized a counter-conference that is being held Nov. 11-13.  Pro-life experts from around the world, including from Human Life International, C-FAM, and Population Research Institute—have been invited to speak on a whole host of topics ranging from the dangers of the UN’s Sexual and Reproductive Health Agenda to the global baby bust.

To their credit, Kenya’s Catholic bishops are not only supporting the counter-conference, but have spoken out strongly against the anti-life agenda of the UN conference.

Archbishop Martin Kivuva of Mombasa told ACI Africa that the program of the conference was “unacceptable according to our teaching of the Catholic Church.”  He encouraged Kenyan president Uhuru Kenyatta, whose government is a co-sponsor of the forum, to be wary of it.

“Remember most of this is about population reduction, yet in Europe, there is zero growth and they tell us we are many,” said Archbishop Kivuva. “They tell us that we are poor because we are many.  That is a lie!”

Bishop Alfred Rotich, who chairs the Kenyan bishops’ family life office, declared: “We find such a conference not good for us, (and) destroying the agenda for life. … There will be about 10,000 people here and we know what they are for. They are not pro-life, but they are 10,000 abortionists.  They are practitioners of what is against life.”

The last time UN Population Fund tried to strongarm the countries of the world into legalizing abortion and push population control on the poor, they had their head handed to them by Saint Pope John Paul II.  The sainted Pope did not merely criticize the UN Population Fund, he launched an all-out diplomatic effort to oppose.  He sent a powerful delegation to Cairo Conference on Population and Development, created a coalition of Catholic and Muslim countries and, in the end, won the battle of the words. The Cairo conference reached a consensus that “reproductive health” did not include abortion.

The UNFPA learned from that experience that, if the process of drafting a Summit statement were left to the peoples of the world, they might not like the result.

That’s why, this time around, the UN decided to rig the process.  It held consultations with its allies in secret, drafted the Nairobi Statement well in advance of the meeting, and is determined not to allow any further debate on the language.  What is being called the “Nairobi Summit” is thus nothing more than a kind of international publicity stunt, a show put on to promote and publicize the goals of the international pro-abortion, anti-people movement.

That’s why the Holy See’s Mission to the UN belatedly announced on Friday, November 8, just four days before the Nairobi Summit was due to begin, that it was going to take a pass on the meeting.

In a statement, the Holy See’s Mission complained that “no substantive and substantial consultations on the text [of the Nairobi Statement] were carried out” and that it was too focused on “reproductive rights.”  “The organizers’ decision,” continued the statement, “… to focus the conference on a few controversial and divisive issues that do not enjoy international consensus and that do not reflect accurately the broader population and development agenda outlined by the ICPD, is regrettable.  … The Holy See is and remains a staunch supporter of ensuring the advancement of equitable, sustainable and integral human development that fosters human dignity and the common good of every man, woman and child.”

Now all of this is well and good, but I would have appreciated at least a sentence or two directly and unequivocally opposing the abortion and population control agenda laid out in the Nairobi Statement.  And why adopt the enemy’s language, which itself is a deceit?

While I understand why the Vatican felt that sending a delegation to attend the Nairobi Summit would be pointless, they could have sent someone to speak at the counter-conference that we are currently holding. Or, failing that, they could have issued a brief statement of support from someone in the hierarchy.  Instead, the Christians and Catholics of beleaguered Kenya, along with a handful of international pro-life organizations, have been left to oppose the abortion juggernaut on their own.

Lay-run organizations dedicated to life and family will carry on regardless, but it would be nice to know that, in the midst of the oceans of concern expressed about the environment, the climate, the indigenous, and the good earth itself, there is still a drop of concern about the right to life of the unborn.

After all, the right to life is the fundamental right without which all other human rights are moot.