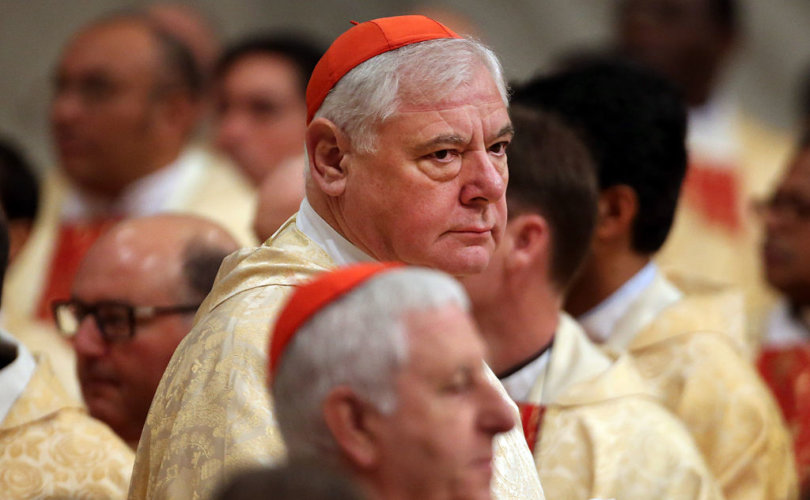 February 15, 2019 (LifeSiteNews) – In a new interview with the German magazine Der Spiegel, Cardinal Gerhard Müller stated that Pope Francis allows himself to be “dependent” upon his counselors who have “base motives.” He also said that when he was the head of the Congregation for the Doctrine of the Faith (CDF), he had “the statistically perfect overview” over the clerical sex abuse cases, pointing out that “far more than 80% of the victims of sexual abuse under 18 were young men in puberty or post-puberty.” Furthermore, Cardinal Müller responded to the recent harsh criticism coming from Cardinal Walter Kasper over his Manifesto of Faith, calling the criticism a “commissioned work.”

Speaking to Walter Mayr of Der Spiegel (16 February edition), Cardinal Müller criticized Pope Francis, his pontificate, and especially his leadership and personnel policy. When Mayr said to Müller that “you do not only criticize the papal teaching, but also the leadership of the Vatican,” and asked, “what goes wrong?” Cardinal Müller responded: “For example the arbitrary handling of personnel. There is no dismissal protection, no staff council. One can be dismissed here, without receiving any reasons, as it happened with three of my employees [at the CDF]. I also told the Pope that I find this impossible.”

Further commenting on the Pope, Müller added: “Unfortunately, he is surrounded by people who have little understanding of theology and of the Church's social teaching, but who do not wish to abandon the century-old mentality of a courtier.”

Further commenting on these courtiers, whom he called “courtesans,” the German cardinal added that they “take every [papal] word, every comment made in passing – even if it be issued in an interview – as sacrosanct. As if God Himself had spoken.” Here, Cardinal Müller made it clear that “that, which the Pope says as a private person, has not the slightest thing to do with infallibility in questions of the Faith.” Anybody who questions something the pope did or said is the “accused” by the courtesans of “plotting against the Pope.” Müller added that “persons with the highest achievements for the Church” are not spared from such accusations. “This is how one polarizes, instead of contributing to the unity in the truth,” he said.

The German prelate made it clear that when Pope Francis speaks about “this or that event in the world, it has just the same value as the judgment of any citizen who expresses his opinion.” “In worldly matters,” he added, “reticence would be desired.” The Church's authority is needed there, he explained, “where it is about the moral dimension in politics, economy, and environmental questions.”

When asked why he was dismissed as the prefect of the CDF in 2017, Cardinal Müller responded that there were people in the circles around the Pope – “among others some Argentine counselors” – “who had launched for quite some time, resentments against the Congregation for the Faith and against me as the Prefect. After all, one knew what I stood for, and that Pope Benedict XVI had appointed me.”

Here, Cardinal Müller was likely referring to Archbishop Manuel Fernandez who, already in 2015, publicly criticized Cardinal Müller (see here a report on the controversy between these two prelates).

“Someone was obviously not content with my position – that is to say, we are not to place ourselves in contradiction to Holy Scripture and to essential statements of the Church's Tradition, but, rather, we are to serve them,” Müller stated. When asked whether the Pope is a heretic, the cardinal responded: “No. This Pope is orthodox.” “But,” he added, “it is his task to unify the Church in the truth, and it would be dangerous if he gave into the temptation to play that group that vaunts its progressivism against the rest of the Church.”

Further criticizing the Pope’s style of governance, Müller stated that “it also cannot be that the Universal Church is being led according to the rules of the Jesuit Order. The Pope – in this case, Pope Francis – is not to the Church that what a Jesuit General Superior is to his provincials or to individual priests.” Further explaining his thought, the cardinal said that everybody is formed by one's own life experience, but that such experience can be “a little bit one-sided.” To counter this one-sidedness, he added, one would need various counselors, for example from “the College of Cardinals and the theologians and bishops of the world.”

Asked whether Pope Francis has made himself too dependent upon his counselors, Cardinal Müller responded: “He makes himself dependent upon informers [“Zuträger”] and their often base motives, when he allows himself to be involved in personnel decisions concerning employees, all of whom he cannot know personally. Those three [employees] from my Congregation – who were very competent, especially in questions of sexual abuse – were fired without speaking one word with them.” He asked: “What does this do to young people who did not commit any fault and who always served the Church and the Pope loyally?”

Asked about his recent Manifesto of Faith and whether this is not a “late vengeance” against the Pope, Cardinal Müller answered: “True Catholics only wish a successful pontificate, also of Pope Francis, and they support him in every respect. For that, one has to put aside personal things.”

When speaking about the upcoming 21-24 February Sexual Abuse Summit in Rome, Cardinal Müller once more pointed to the homosexual factor in the clerical sex abuse crisis that he said is being ignored.

“In the Congregation for the Faith, we had the statistically perfect overview. Far more than 80% of the victims of sexual abuse under 18 years of age were young men in puberty or post-puberty. But at the upcoming Abuse Summit starting Thursday, these data are not to play any role, which is unreasonable,” he said. He made it once more clear that a priest “who cannot control himself, is not fit for the priesthood.”

For Cardinal Müller, Cardinal Kasper's recent critique of his Manifesto of Faith and his comparing Müller with Martin Luther, as LifeSiteNews reported, is a “commissioned work,” in which ecclesial power politics was victorious over theology.”

“Kasper calls the foundations of the Catholic Faith, which have been presented in the Catechism of our Church by Pope John Paul II, as 'half-truths'; thereby, he [Kasper] gives us a riddle that he alone can solve, perhaps because he saw that his sovereignty of interpretation concerning Pope Francis challenged, according to the motto: 'This is my Pope.'” Further commenting on his own Manifesto of Faith, Müller made it clear that “my text nearly exclusively made out of quotes from the Creed, Holy Scripture, and the Catholic Catechism.”

Kasper “insinuates that I identify the Antichrist with the Pope. To attribute this to me, only shows that he has read my Manifesto of Faith with the wrong set of glasses.” Müller called Kasper's claim “the greatest ecumenical joke of the century.” Müller added that he agrees with Luther on one point, namely, that “in principle, and also today, the truth of the Gospels should have priority in the Church over power and politics.”