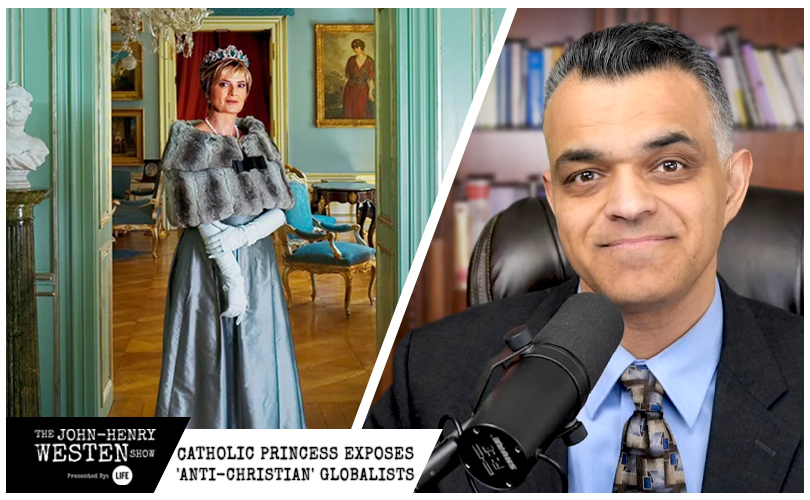 May 12, 2021 (LifeSiteNews) – Princess Gloria is one of the wealthiest women in Germany. Born to German nobility in 1960, at twenty-years-old she married Johannes, 11th Prince of Thurn and Taxis. Raised Catholic, she stopped attending mass after it became boring and “unattractive” when guitars were introduced. She now attends mass daily and told me that “the sacraments are the key to the well being of the soul.”

Princess Gloria is a unique, special person. Among other things, she is known for her philanthropy and being friends with both Pope Benedict XVI and Hillary Clinton. In the 1980s, she lived a jet-set lifestyle and knew Mick Jagger and Andy Warhol. Some called her “the punk princess” due to her fashion sense.

Today, I had the honor of speaking with her about those years but also about her views on the Church and politics. “Russia today is much more Christian than any other Western country,” she says. “We have to acknowledge” that the Eastern countries are our friends and that Russia is more on our side than the “anti-Catholic and anti-Christian” globalist class.

Princess Gloria also shares her thoughts on Pope Francis, the crisis in the Church, and her faith.

“I always think it is very good if the people see that we are a happy religon.” To be Catholic is to know “everything has a happy end.”

You can send me feedback or ideas for show topics by emailing [email protected].