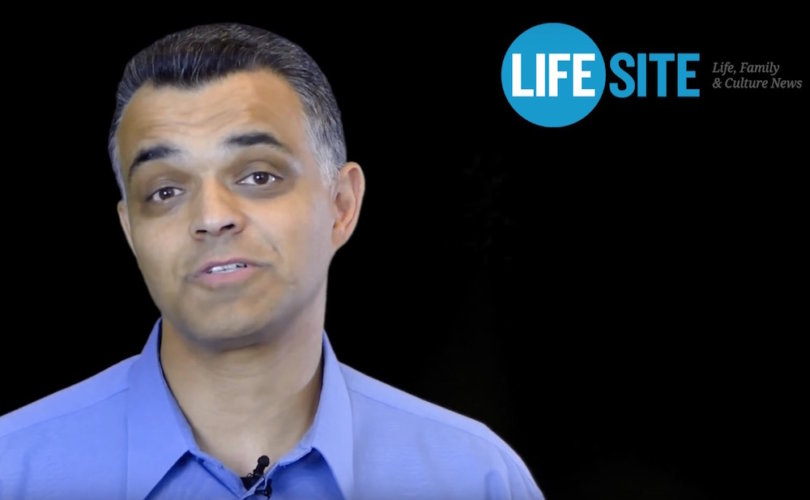 August 30, 2016 (LifeSiteNews) — At LifeSite, one of the most common questions we’re asked is ‘How do you do it?’ And the questioners aren’t talking about how we put out such a high volume of stories, where we find them or anything like that. They’re asking how we cope with all the bad news and keep our spirits joyful. Why are we not depressed; how can we continue to smile?

The answer is simple. It was explained to us recently by a good and holy priest who presided over our staff retreat.

He revealed the way to joy during a homily about a hockey game he watched 20 years ago. His team was in the playoffs and he was eager to watch the game. The game began badly with his team losing a goal early on. I imagine he remembers the pain and anguish of watching the first goal, likely replayed several times. It only got worse as another two goals were scored before the first period thankfully came to a close. His team had not yet scored a single goal.

I bet he was looking for a rally in the second period, but none came. Things only got worse. Another four goals were scored by the opposing team with not even a single goal for the good guys despite the valiant efforts of the players. It seemed all was lost. The want to abandon watching the game must have been a real temptation.

It was in the final period where his team finally made a comeback.  They made an amazing comeback, scoring seven goals to tie the game at seven apiece.  And in overtime, his team won! The joy must have been overwhelming.

Years later, the priest told us, he was watching a showing of the best games ever played and the station was re-running that same game from so many years ago. Our priest told us he watched the game again, but this time with peace and joy all the way through.

Those first two periods were not a hardship to watch. He could smile and even be thankful for those lost goals because it made the eventual victory all the more sweet.

And that is of course how it is for us. We know that in the end Christ and His Truth will triumph over sin and evil. We know that life, family, and faith will one day be victorious.