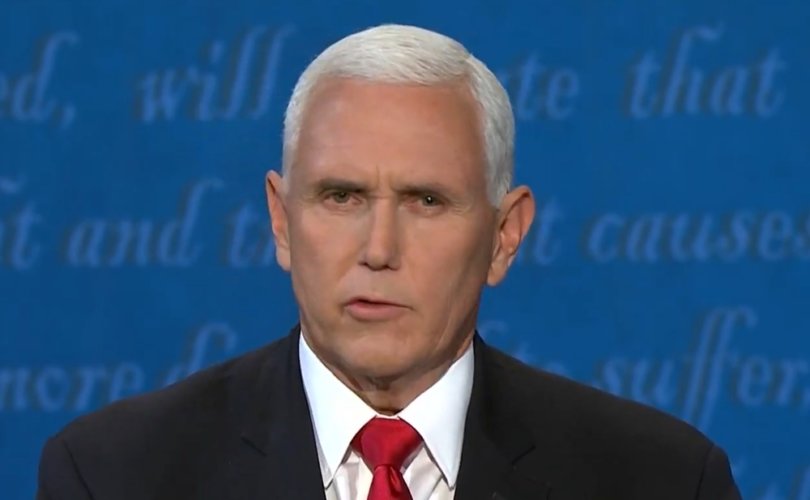 October 7, 2020 (LifeSiteNews) – A group of LifeSiteNews writers and editors watched the Vice Presidential debate and had an internal panel discussion which I thought I’d share with you.

The best quotes of the night by far came near the conclusion of the debate when VP Mike Pence spoke on the right to life. “I couldn’t be more proud to serve as Vice President for a President who stands without apology for the sanctity of human life,” he said.

“I’m pro-life. I don’t apologize for it. This is another one of those cases where there is such a dramatic contrast. Joe Biden and Kamala Harris support taxpayer funding of abortion all the way up to the moment of birth… They want to increase funding to Planned Parenthood of America… We will continue to stand strong for the right to life.”

Here is a slightly edited exchange between LifeSite managers, editors and writers during the debate. If you watched the debate, you will be able to follow the fun…