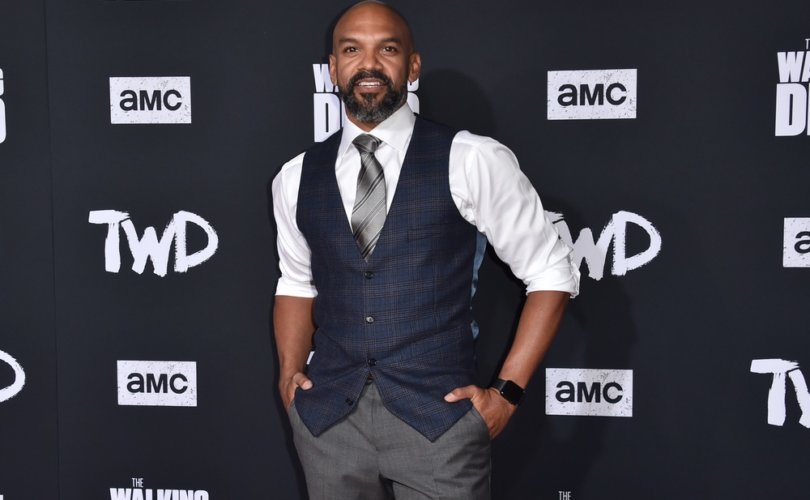 June 22, 2020 (LifeSiteNews) – Back in 2018, Sex and the City star Cynthia Nixon happily announced the “transition” of her 21-year-old biological daughter, who became her transgender son. Then, megastar Charlize Theron made headlines for explaining that she was raising her son Jackson as a girl after he had declared he felt female. More recently, NBA All-Star Dwayne Wade told LGBT icon and TV host Ellen DeGeneres his 12-year-old son Zion was now a girl named Zaya. His wife, Hollywood actress Gabrielle Union, was as enthusiastic as he was. Trans is trendy. As usual, Hollywood is on the cutting edge.

And now it is Walking Dead actor Khary Payton, who apparently plays King Ezekiel in the wildly popular AMC TV show (I haven’t seen it and find zombie entertainment dark and ghoulish). Earlier this month, he announced on social media that his 11-year-old biological daughter is now his transgender son. “This is my kid,” Payton wrote, posting a photo of the smiling child. “One of the most happy, well-adjusted individuals I’ve ever known. My son, Karter. Karter with a K because it reminded him of my name. He chose it. You see, he was born female but has always identified as a boy.”

To that, of course, we are all supposed to say “ahh” in a very understanding and approving way, because this is the way things are in 2020. It is rapidly becoming normal for celebrity parents to announce that their children were born in the wrong bodies, and that as such, they are undergoing “transition.” This “transition,” mind you, is simply to bring their bodies in line with how they currently feel, which is what counts. First in terms of hairstyle, clothing, and names, and later with the more sinister puberty blockers, hormone treatments, and “bottom surgery,” which refers to the mutilation and removal of the genitals.

Payton nodded to the fact that some might be uncomfortable with all of this, noting that he was making the announcement because his 11-year-old “thought it would be cool” (without saying whether he, too, thought it might be “cool” to transform his child into an LGBT icon overnight). The 48-year-old actor noted that despite warning his child of the existence of “a lot of jerks who would be harsh,” Karter informed him that “I can handle the trolls.”

“Man, there is nothing more beautiful than watching your child feel the joy of exploring what it means to be true to themselves,” Payton continued. “This is his journey, and I am here for it. I hope you all have the opportunity to feel the unquenchable love that I am feeling right now.”

The reaction from other celebrities, of course, was predictably affirming. Mark Hamill of Star Wars offered his congratulations, and Reno Wilson of the CBS sitcom Mike and Molly responded with the confusing comment “These kids are truly amazing!! Teaching us how to be human on the regular! Let’s go Karter!” He did not explain what was “regular” about a biological girl identifying as a boy, or why gender confusion—regardless of your views on transgender ideology—is anything to celebrate.

As I’ve noted many times, an entire generation of children has become the social guinea pigs in a vast, untested experiment with catastrophic consequences. It isn’t just social conservatives like myself pointing this out, either—the BBC released a bombshell report earlier this month detailing the many concerns of staff members at a prominent gender clinic. Many of them bluntly state that they are concerned that children are being mutilated and altered for a lifetime. Liberal J.K. Rowling also expressed her concerns recently that the number of girls choosing to identify as boys is skyrocketing. Unfortunately, media reports that contradict the narrative are ignored, and prominent figures such as Rowling are loudly denounced.

This is all very sad to watch. Because when the media circus disappears and the social media affirmation fades, thousands of children will be left with the torment of believing they are born in the wrong bodies, urged on by the media, celebrities, and much of the political class. They will drug themselves, mutilate themselves, and desperately seek ways to feel whole again. And one day—and I have had former transgender people describe this moment to me—many of them will be struck by the awful realization that they have been lied to. And if that moment comes, all those who celebrate them now will vanish without a trace and leave them to their pain.