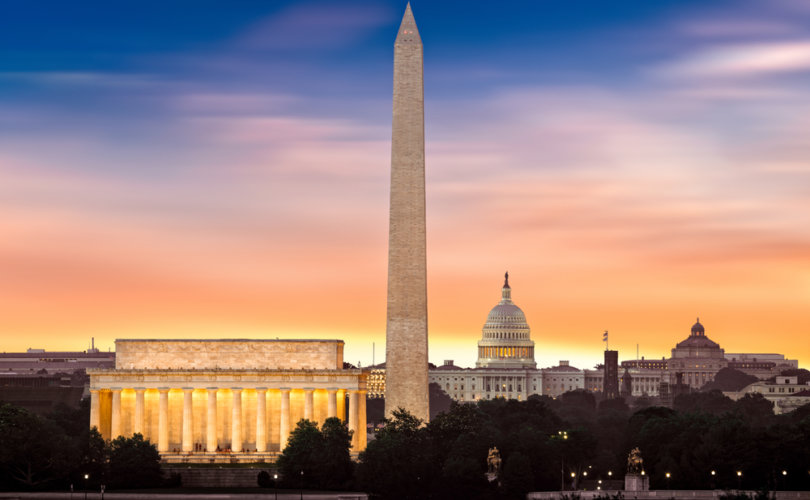 WASHINGTON, D.C., January 8, 2021 (LifeSiteNews) — Amid all the posturing and grandstanding going on since Wednesday’s largely peaceful rally in the nation’s capital, one clear message stands out: Those who inhabit the halls of power despise you because you resist their quest to control your life and your family.

Let’s not mince words: They hate you, and they have power over you, but you have no power over them other than the power to vote. Yet with our most recent election, the “power of the ballot box” now seems like a quaint, hopelessly naive notion. Clearly: the vote counters, not the voters, hold all the power.

Because you resist their anti-human dignity devotion to abortion, sodomy, genderlessness, the deconstruction of the family, the suppression of faith, and even the operation of small businesses, you are a pariah in their world.

The nuclear family and your role in it is so threatening to them, they now want to outlaw the words “Mom,” and “Dad” as a matter of common usage on Capitol Hill and throughout society.

They want to “cancel” and “erase” your presence from the modern day public square — social media — to make you feel as if you don’t exist, to demoralize you. They want to disconnect you from friends and family who think like you. They want you to have zero influence in the world which they feel rightly belongs to them. You are nothing more than an interloper, an intruder, a freak who has no place residing in the utopia they are creating.

Over the last 48 hours, actions to neuter opposition to the nation’s elites and resistance to their power and authority have been stunning. The pace of their mission is accelerating.

President Trump has been frozen out of social media platforms; Sen. Josh Hawley (R-MO) revealed that publishing giant Simon & Schuster canceled his book contract; and Facebook has removed the “Walk Away” campaign — composed of a half million former Democrat voters — destroying access to hundreds of thousands of testimonial videos.

The Kraken which has been released is not the one we had hoped for.

The hideous power wielded by the Ruling Class

In July 2010, Angelo Codevilla published a groundbreaking article at The American Spectator which soon became a book, The Ruling Class. Codevilla’s message was so significant, so packed with truth, that conservative radio show host Rush Limbaugh pretty much read the entire 12,000 word piece to his millions of listeners. Every single word was gold.

Codevilla explained that the nation has two classes: The Ruling Class, composed of our elites, and the Country Class, which refers not to rural Americans, but to every citizen who is not a member of the Ruling Class.

“The American people do not want partisan government,” declared Codevilla. “They want self-governance,” which is a big problem for our elites, whether Republicans or Democrats.

That’s why Donald Trump’s presidency was such a catastrophic blow to them, that from day one they tried to use every lever of power — mostly illegitimately — to dislodge him.

Trump was and is not one of them. And neither are you. With a Biden-Harris White House, those same strong-armed tactics will now be focused on the rest of us.

“Our Ruling Class’ first priority in any and all matters, its solution to any and all problems, is to increase the power of the government — meaning of those who run it, meaning themselves,” he wrote. Unsurprisingly, the goals and tactics of our elites are becoming indistinguishable from those of the Communist Chinese Party.

Let this sink in: “The two classes have less in common culturally, dislike each other more, and embody ways of life more different from one another than did the nineteenth century’s Northerners and Southerners — nearly all of whom, as Lincoln reminded them, ‘prayed to the same God.’”

“The Country Class is convinced that big business, big government, and big finance are linked as never before, and that ordinary people are more unequal than ever,” wrote Codevilla.

Ten years of American history since the publication of Codevilla’s book have proven the truth of his observations about America’s two classes of citizens. We now witness an existential battle between the two, which has now been put on full display.

“If you’re a common sense person, you probably don’t feel you have a home in this world right now,” opined Catholic actress Patricia Heaton in a tweet. “If you’re a Christian, you know you were never meant to.”

If you’re a common sense person, you probably don’t feel you have a home in this world right now. If you’re a Christian, you know you were never meant to.