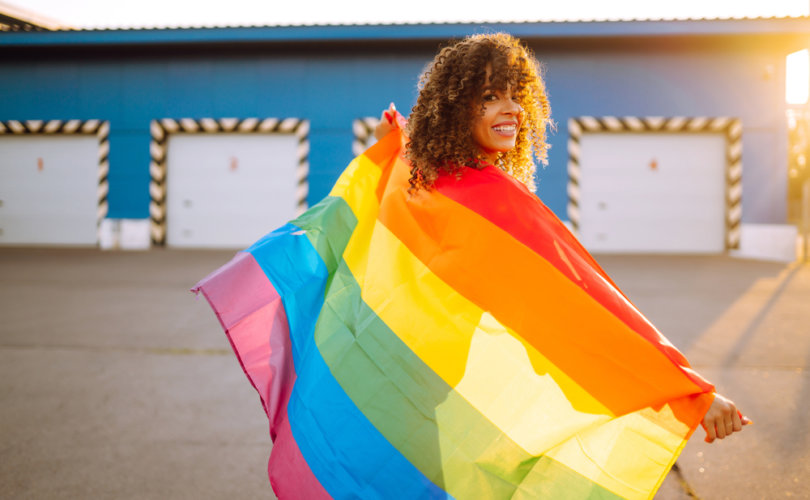 July 2, 2021 (LifeSiteNews) — If any conservative politician would say, into any microphone, that many LGBT activists are supportive of showing explicit adult sex acts to young children, the mainstream media would erupt with indignation. Accusations of pushing tropes about predatory LGBT people, of fearmongering and slander and deceit, would abound. How dare you, they would conclude, panting angrily.

Of course, if the LGBT movement is condemning social conservatives for pointing out the obvious, the key is to wait five or ten minutes. At that point, they will have moved on to defending that exact thing, while accusing us of being bigoted for opposing the thing we were bigoted for saying they supported. An educator told the Huffington Post that kids being exposed to sex acts at Pride Parades was just fine, because “nobody likes nakedness more than children.”

Then there was Canada’s state broadcaster, funded by the taxpayer, suggesting that people might take their kids to Pride and that your kids “will probably see boobs and penises. There will [be] bodies of all shapes, sizes and in all states of undress. For parents like Ian Duncan, dad to 3-year-old Carson, this is all part of the appeal.” A three-year-old seeing naked adults, apparently, is just “a great opportunity for some interesting discussion.”

But Lauren Rowello’s recent column in the Washington Post, titled “Yes, kink belongs at Pride. And I want my kids to see it,” is in a category by itself. Rowello is a former prostitute who describes herself as “gendervague” and is married to a “transgender woman” — a biological man. (In fact, she’s written a previous column titled “My Spouse Came Out as Trans & It Didn’t Change a Thing.” Really? Not a single thing?) And so it is perhaps not surprising that Rowello is an advocate of children seeing adult sex acts in the flesh.

Rowello described what happened when her young children first saw what happens at Pride:

“Nuance of the situation”? To summarize, that’s an elementary school child and toddler looking at a man in a thong acting out BDSM with another man hitting him with a whip. In public. The way Rowella put this, however, was that it was good for her children because “they got to see that the queer community encompasses so many more nontraditional ways of being, living, and loving … If we want our children to learn and grow from their experiences at Pride, we should hope that they’ll encounter kink when they attend. How else can they learn about the scope and vitality of queer life?”

In short, we’ve gone from: How dare you accuse us of wanting to influence kids? to Of course kids should see sex acts at Pride Parades! Rowella cites criticism and dismisses them. She says, in fact, that the “kinksters” are not actually performing sex acts, technically — they are simply being themselves in public. For some people, being themselves in public apparently means bondage play. She says that it is homophobic for people to say this is inappropriate, ignoring the fact that sane people would say the same thing if straight people were engaging in this sort of thing. This is about public decency, modesty, and not exposing children to bedroom acts. This is not difficult to grasp.

Children who witness kink culture are reassured that alternative experiences of sexuality and expression are valid — no matter who they become as they mature, helping them recognize that their personal experiences aren’t bad or wrong, and that they aren’t alone in their experiences … Including kink in Pride opens space for families to have necessary and powerful conversations with young people about health, safety, consent, and — most uniquely — pleasure. Kink visibility is a reminder that any person can and should shamelessly explore what brings joy and excitement. We don’t talk to our children enough about pursuing sex to fulfill carnal needs that delight and captivate us in the moment. Sharing the language of kink culture with young people provides them with valuable information about safe sex practices — such as the importance of establishing boundaries, safe words and signals, affirming the importance of planning and research and the need to seek and give enthusiastic consent. I never want my children to worry that exploring any aspect of consensual sex or touch is too taboo.

I feel sorry for Rowella’s children. Childhood should not be littered with leather dudes wielding flogs. They should be protected from such things. Elementary school children and toddlers should be able to enjoy innocence. But for many LGBT activists, innocence is the enemy.

At least they’re being honest now.