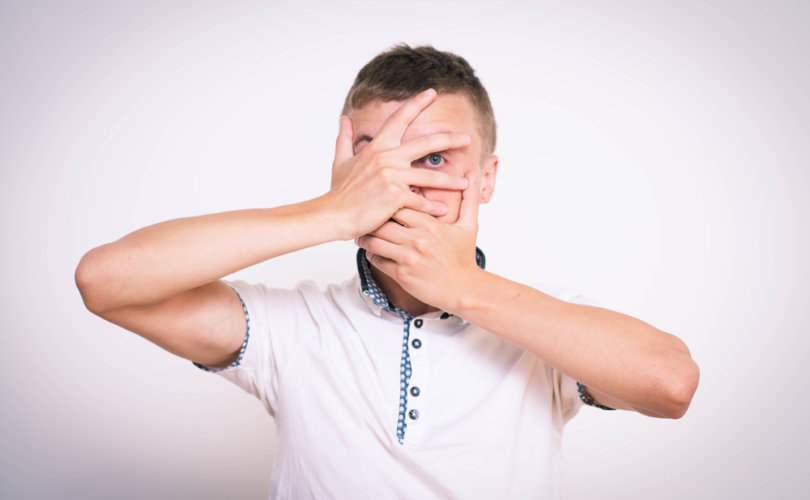 There was a time in our culture when we knew how to blush. When we had a sense of propriety. When Hollywood operated under a strict moral code. When secret things were kept secret.

Those days are as distant as TV shows like Lassie. We have forgotten how to blush.

My purpose is to encourage us to look inward at ourselves, at our larger culture, at what has become of America as a whole. Almost nothing shames or shocks today.

These are the days of middle-schoolers sexting each other.

These are the days when releasing a sex tape is the path to stardom and when a mother of two posing naked is the way to “break the internet.”

These are the days when we have forgotten how to blush.

When Hugh Hefner died last year, I discovered something interesting about the first edition of Playboy in 1953: Hefner's name was nowhere to be found in the publication. He wanted to hedge his bet, and in the event that the magazine crashed and burned, he would not be blacklisted. In other words, in case America wasn't ready for a mainstream publication featuring nudity, his name would not be associated with such a shameful endeavor.

As it turns out, female celebrity nudity became Hefner's calling card and claim to fame. He was lionized upon his death.

Even back in 1953, the seeds of the sexual revolution were being sown, dating back another five years to 1948, when Alfred Kinsey's infamous The Sexual Behavior of the Human Male was published with much fanfare. This made Kinsey into a household name, with almost no one asking how he obtained data about the sexual responses of children and infants. (This, in and of itself, is one of the most shameful episodes of 20th-century America.)

Still, despite the mainstreaming of Kinsey and then Hefner, the culture as a whole was not immediately affected.

Virginity was still prized (especially among women). Couples did not commonly live together out of wedlock, let alone have children out of wedlock. Illegitimacy was still frowned on. And mainstream movies and TV still featured wholesome examples.

Of course, we were still plagued with segregation, and women did not truly have equal opportunities with men. And so, quite clearly, our society was far from perfect (or Christian).

At the same time, there's no denying that, in many ways, we've been on a steady moral decline since the early days of Kinsey and Hefner.

We have truly forgotten how to blush. We accept what is unacceptable and celebrate what is shameful. And in the process, we embarrass ourselves.

But again, my purpose here is not to point an accusing finger at others. It is a call to examine ourselves. To see how far we have fallen. To recognize how coarsened and hardened we have become. To ask ourselves before God, “What has become of my conscience? Have I allowed myself to become corrupted with the rest of the world?”

The bad news is that it's becoming increasingly difficult to live lives separated from the pollution of this age (see 2 Corinthians 6:14-7:1). The good news is that all of us can be cleansed and forgiven.

This weekend, Christians around the world will celebrate the death and resurrection of Jesus. This reminds us of two important truths. First, Jesus died for all of us, which means that all of us have sinned and are guilty in God's sight. We all deserve condemnation. Second, Jesus died for all for us, which means that all of us can be forgiven and made whole.

Why not take some time this week to reflect on your own life – your own standards and morals and values? And if you realize that you too have forgotten how to blush, ask the Lord to create a new heart within you. Then see if you can break away from the things that defile your conscience and focus instead on things that are worthy of your time and your attention.

You might just learn to blush again. (I'm working on this, too.)