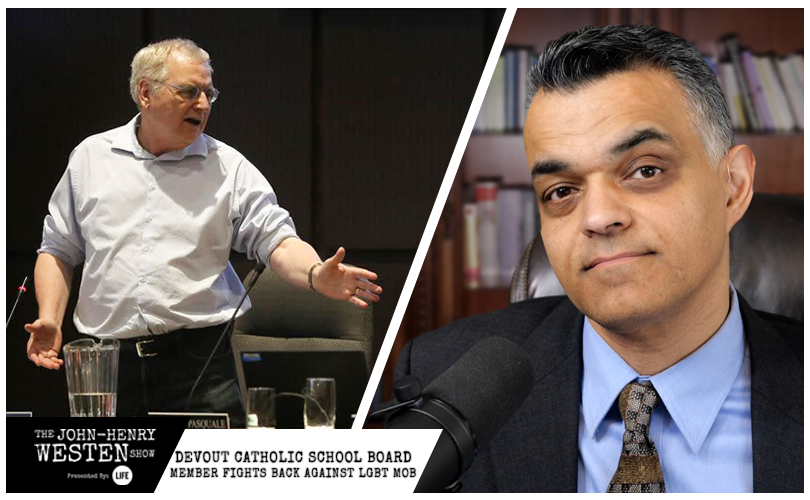 April 28, 2021 (LifeSiteNews) — Michael Del Grande has been the target of repeated attacks by pro-LGBT and leftist forces in recent years. He’s currently a member of the Toronto Catholic School Board of Trustees, where he’s taken a stand for the Church’s unchangeable teachings, especially the ones on sexuality and gender. For this, he’s come under major fire.

I spoke to Del Grande today on my podcast because the situation has gotten way out of hand lately. On multiple occasions in the last two years, the board has attempted to find him guilty of violating their code of conduct. Several prominent Canadian politicians, including the former premier of Ontario, Kathleen Wynne, have even got involved to ramp up the pressure. But Del Grande, who is now involved in a court case, isn’t intimidated.

Michael’s main concern is how the Canadian government’s so-called “human rights” doctrines are creeping into Catholic schools and superseding what the Bible teaches about family life and sexuality. “People sometimes confuse the fact that because we’re publicly funded, that somehow we owe a specific allegiance to the government,” he said. In reality, “we have constitutionally embedded a right of denominational rights to teach in our schools our faith.” A Catholic school “is defined by the Catholic teacher in the classroom,” he continued. “So the teacher has to be Catholic.”

LifeSite has launched a fundraising campaign on its LifeFunder website so you can help Michael Del Grande with the legal fees he’s facing. Click here to securely donate.