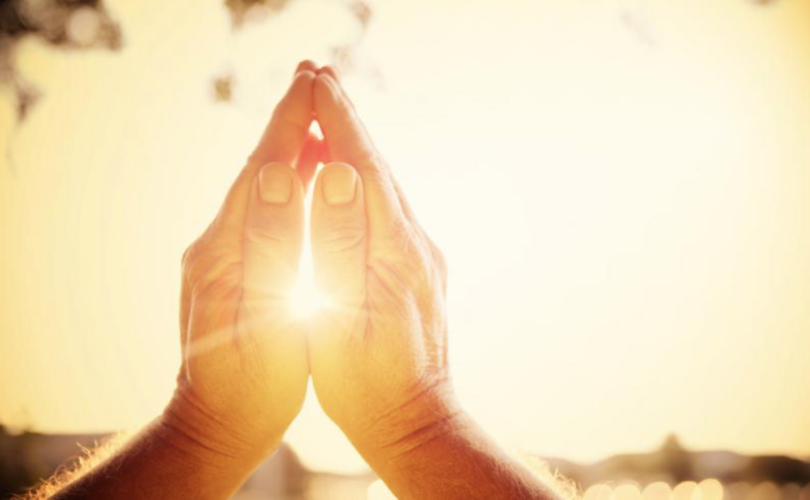 October 29, 2018 (LifeSiteNews) – The French philosopher Gabriel Marcel says: “The woman who is expecting a baby is literally inhabited by hope.”

What is it that we human beings hope for? We hope for the love of others, for fullness of life, for friendship, for joy. We hope, ultimately, for happiness—understood not as a warm fuzzy feeling but as the completion of all of our yearnings and strivings, the binding up of our wounds, the restoration of our strength, the revelation of the meaning of all we have been, done, suffered.

Men would rather live without bread than without hope. With hope, it is possible to endure the most inhuman tortures, as we see in the lives of the martyrs. Without hope, even the good things of daily life turn sour and lose their appeal.

Christianity entered into a world that was drunkenly careening from superstition to esotericism, from world-weary despair to unappeasable hedonism, and introduced a way that was lofty, luminous, and liberating. It was truly experienced as a “breath of fresh air,” as good news that gave a new meaning and purpose to life. Christians became known for their kindness and hospitality—and especially, as early documents indicate, for their custom of not exposing infants to death, as the pagans did. Christianity made life worth living again—so much so that it made giving life to others, to offspring, worthwhile too. Unlike the pagans, the Christians did not try to prevent pregnancies or end them, nor did they do away with the “unwanted.” Those who knew that God had looked upon them with love, wanting them for Himself, gained the power to look upon others with love.

This is the power of love that the religion of Christ brings into the world. No other religion is like it; no other promises what it does; no other confirms its promises with so vast a number of heroic lovers and wonders (that is, saints and miracles). Under the reign of Christianity, life was seen to be inherently valuable; indeed, its value became quasi-infinite, because of the divinization of man offered in the sacraments, and the life eternal to which they lead.

Since grace builds on nature, however, we can also say that the goodness of life, of being alive, is an elementary truth. Mankind as a whole feels a fundamental and unquestioned attachment to life, and if asked, would declare that life is the first and most basic of all good things, without which any other good would be impossible. The hearts of true lovers, moreover, yearn for growth and life—and so, too, does the human child that proceeds naturally from their love.

Thus, to sink to a point where life is avoided like the plague or thrown away as though it meant nothing or was worth nothing, as though we ourselves had the right to decide when or if a life should be lived, and not only our own life but another’s life (!)—to reach this point is already to have been divorced from one’s bond to the world, detached from the goodness of being, and deceived into thinking that life is something over which we have final say.

We ourselves would deny a fictitious right over our own lives to anyone else, if we had committed no crime deserving of death. In a monstrous contradiction, we then allow ourselves to sit in a tyrannical court of judgment over the lives of unborn children, of future men and women like ourselves, who have done nothing to deserve being cut off from existence.

In the battle over marriage, procreation, and the defense of life, we must realize that we are up against a combination of metaphysical nihilism and spiritual egoism vastly more powerful than any human army or political system—a demonic corruption of mind and heart that cannot be driven out except by prayer, fasting, and martyrdom, as were the errors and crimes faced by the early Christians—and faced down by them.