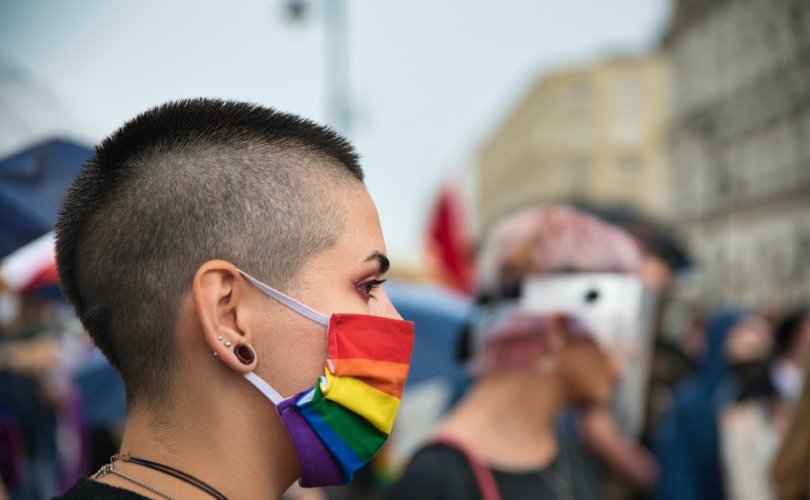 The American public vastly overestimates the presence of both.

A recent survey conducted by the research firm Kekst CNC found that Americans believe that 20 percent of their fellow citizens – that’s over 60 million people – have had COVID-19, 20 times the actual number of known cases.

Perhaps more astonishingly, Americans believe that nine percent of the population – a whopping 30 million people – has died as a result of contracting the coronavirus. The actual number, according to Johns Hopkins University’s Coronavirus Tracker, is about 166,000 as of this writing.

That’s an incredible 190 times the real number of COVID-19 deaths.

The Kekst report explains that people not only in the U.S. but around the world perceive the virus to be far more widespread than what actual figures show.

The COVID-19 survey results mirror a 2019 Gallup poll which showed that U.S. adults, on average, believe that about 25 percent of the population is gay or lesbian, more than five times the actual number.

Overall, a whopping 90 percent believe in an inflated number, with 54 percent of Americans estimating that gays and lesbians constitute more than 20 percent of the population, according to a June 17, 2019 Gallup poll. Thirty-five percent believe that more than a quarter of the nation is gay or lesbian.

Only eight percent of those polled came close to accurately estimating the LGBT population.

In reality, gay and lesbian individuals constitute less than 4.5 percent of the U.S. population.

“Overestimations of the nation’s gay population may in part be due to the group’s outsized visibility,” suggested Gallup, citing a GLAAD report that found that 8.8 percent of primetime TV characters are LGBT.

While the inflated perceptions concerning the number of U.S. gays and lesbians is no doubt a testament to the marketing acumen of LGBT lobbyists and promoters, the out-of-whack Wuhan estimates are most likely the result of the relentless daily barrage of media reports and government officials saturating the airwaves and news feeds with dire warnings 24/7.

These resulting overestimates are neither insignificant nor benign.

In the case of gays and lesbians, the misperception has had an outsized influence on voters, legislators, and judges, leading to distortions in law – most infamously in the fraying of the immutable definition of marriage and the eroding of religious freedom.

Regarding the pandemic, “Perception is reality when it comes to coronavirus,” say the authors of the Kekst CNC report.

“Such views will be impacting consumer behaviour and wider attitudes,” they warn. “Business leaders and governments will need to be conscious of this as they move to restart economies and transition into living with coronavirus for the medium to longer term.”

False perceptions about the magnitude of COVID-19 cases have “resulted in bizarre behavior, such as people literally leaping out of the way of other people walking their way and people being ‘too scared’ to go outside,” wrote Paul Joseph Watson for Summit News.

“The innumerable incidents involving aggressive confrontations and in some cases violent attacks on others for the sin of not social distancing or wearing a mask can also be partly explained by media scaremongering coverage of the pandemic,” suggested Watson.

Both COVID-19 and homosexuality have been oversold to the American public. The consequences have proven to be staggering.