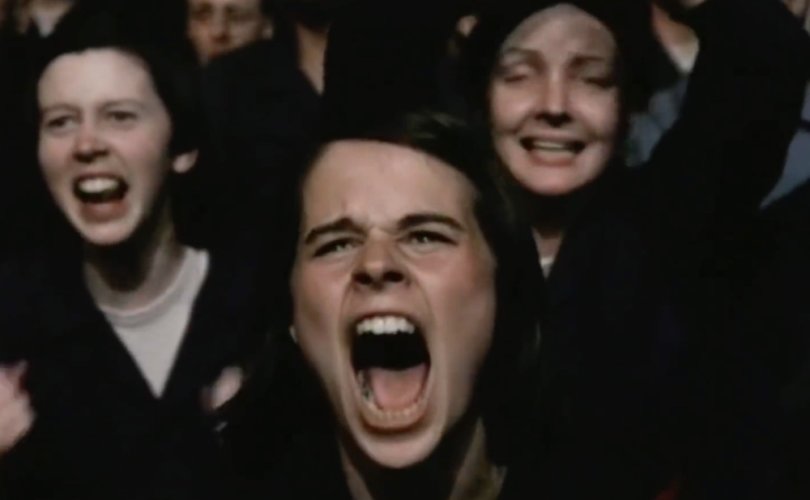 January 29, 2019 (LifeSiteNews) – Is social media responsible for the mass-libeling of the boys from Covington Catholic High School following the March for Life, who were subjected to prolonged abuse and intimidation and were, apparently on the strength of their head-wear, accused of aggression racism?

It would in some ways be reassuring to blame modern means of communication for what happened, which included rapid condemnations of the boys not only from those with an ax to grind against the March for Life, but from the organizers of the March and no fewer than three bishops. A great many of these condemnations have since been retracted in the light of further, video, evidence of the confrontation.

People looking at social media over the first 48 hours of the story were presented with a wall of vituperation directed at the Covington boys, and this very naturally influenced their response. However, social media also speeded up the dissemination of a fuller set of evidence. In the old days of newspapers, steam-trains, and telegraphs, there was still a gap between initial, slanted reports of events, and later, fuller information, and still the urge among commentators to make statements before the fuller information became available: if it ever did.

Unjust loss of reputation is perfectly possibly in traditional societies as well as modern ones, and folk tales and history books alike are full of examples. What is remarkable about this case is how extreme the error was: the lack of evidence against the boys, and the vulnerability of the accused which should have acted as a brake on the media frenzy.

I myself made no comment about the case until the new information began to emerge, but I don’t feel superior to Catholic commentators who got caught out. The temptation in this case was not as great for me as it was to many Catholic writers in the United States, because the story was presented as being about America’s most neuralgic issue: race.

Commentators were being offered the chance to burnish their anti-racism credentials by jumping on the condemnation bandwagon as early as possible.

The violence against the boys, both rhetorical and actual, has further raised the temperature on the issue. This is not a moment in which clear thinking and open-mindedness are valued. News stories can become symbolic tales in which good and evil are clearly marked out.

What happened to the Covington boys was reminiscent of the daily Two-Minutes Hate described by George Orwell in his dystopian novel 1984. Loyalty to the values of the regime must be demonstrated by the expression of hatred for its real or imagined enemies. Or, to use a different fictional parallel, proposed by Caitlin Flanagan in The Atlantic, “these kids had wandered into a Tom Wolfe novel and had no idea how to get out of it.”

It is easy to mock liberal Catholics apparently desperate for the approval of the mainstream, but this desire is not limited to liberals. It can be hard to distinguish, in others and in oneself, from a desire to win a hearing for the Catholic case by careful use of language, picking one’s battles, and maintaining good personal relations with people with different views. The solution is certainly not to take up the most extreme and marginalized position on every issue. Rather, we have an obligation to exercise careful judgement and regularly to examine our consciences. Those who teach the Faith or write about it must ask if they have failed to do what is necessary in professing the faith (to quote the Baltimore Catechism), when “God’s honor, our neighbor’s spiritual good or our own requires it.”

In cases where other Catholics’ reputation is at stake, the temptation is to distance oneself from people who for some reason have made themselves unpopular, in order to avoid sharing their fate. This amounts to throwing the unpopular person under the proverbial bus. Again, however, the solution is not to go to the other extreme, to a kind of tribalism in which one refuses to accept that a fellow-Catholic can do wrong. Instead, we have an obligation to do the difficult thing, of trying to discern the rights and wrongs of the case, to hold one’s tongue if it is unclear, and to defend those unjustly maligned.

These obligations are not new, but the pressure is greater than in the recent past and the stakes are higher. The truth does not always triumph, and conscientious judgement is not always correct. It remains true, however, that our fellow Catholics, and indeed our fellow human-beings, have a right to their good name, and we have a duty to oppose injustice as far as our means and talents allow. Let us prefer to be condemned for our charity and devotion to truth by men, than for our cowardice by God.