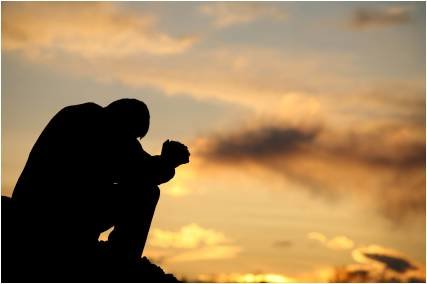 October 2, 2018 (LifeSiteNews) – Recent and very public failures of bishops raise the question of what role the laity should have in the Catholic Church. Lay people can feel like dumb spectators watching a tragedy in which bishops and other clergy have all the leading roles. This is clearly not a healthy situation, but what, in fact, is the lay vocation? In what way are lay people called, as members of Christ’s mystical body, to advance the kingdom of God? Certainly, the laity are crew, not just passengers, in the barque of St. Peter, and not even subordinate crew. As the 1983 Code of Canon Law tells us (Canon 208):

From their rebirth in Christ, there exists among all the Christian faithful a true equality regarding dignity and action by which they all cooperate in the building up of the Body of Christ according to each one’s own condition and function.

What, then, is the function related to the lay condition? The Second Vatican Council’s Decree on the Apostolate of the Laity, Apostolicam actuositatem (4) tells us:

The laity must take up the restoration of the temporal order (ordo temporalis) as their own special task. Led by the light of the Gospel and the mind of the Church and motivated by Christian charity, they must act directly and in a definite way in the temporal sphere.

As the Decree goes on to detail, this can be done in the context of family, professional, and political life.

What this suggests, along with the traditional teaching of the Church on the “two swords,” the division of labor in the Christian society between Pope and Emperor, is that bishops and clergy as such should not seek to direct in detail the work of Catholic statesmen, academics and teachers, and parents. It is given to the clergy, and above all to bishops, to judge according to the moral law, but judgment on matters of prudence — scientific judgment, educational judgment, political judgement, and so on — is the special gift and duty of the lay state.

As Dr. Alan Fimister recently argued, on the basis of the expression of the traditional teaching by Pope St Gelasius (d. 496), we should expect the Pope and bishops to intervene in the temporal affairs of Catholics only ratione peccati: only when their actions are not merely misguided, but sinful.

It might be objected that it has often been the case historically that lay and clerical roles have been combined in a single person. Bishops, in particular, have been given tasks of lay government. The combination of roles, however, has never implied the confusion of roles. The fact that the medieval Bishop of Durham was given an important role in the defense of the north of England against the Scots, for example, did not suggest to anyone at the time that, say, the Bishop of London had authority over his own city’s officers of law and order just by being the bishop.

The co-option of bishops into the lay sphere in past centuries gives us a clue about the problems we face today. The reason that the medieval kings of England made this use of the Bishop of Durham was the weakness of lay leadership: there was no equally effective layman to do the job. It is not a criticism of priests and bishops in Ireland, similarly, after its independence from Britain, that they took a leading role in the temporal sphere, because for historical reasons the new country had a very underdeveloped lay Catholic leadership. What is open to criticism is attempts to keep it that way by, for example, excluding lay people from leadership positions in Church-owned hospitals and schools.

Today, lay Catholic leadership is weak all over the world. In many parts of the world, the leadership shown by bishops in political crises has been both necessary and heroic. Where it goes beyond the role of moral judgment into prudential judgment, bishops are, however, straying into areas in which, at least as bishops, they lack the necessary education, experience, and grace of office.

What is needed, then, is lay leaders, and bishops should give lay leaders the space to exercise their leadership. The pro-life movement is an example of an area in which lay organizations and lay leaders have successfully emerged in a response to a political and social problem that requires political and social solutions, but it remains a somewhat isolated case. Part of the difficulty is that lay Catholic organizations, from families and schools to whole countries, have not been encouraged to display a truly Catholic ethos, partly because of an attitude that suggests that the Catholic brand belongs in some sense to the bishops, and partly from a fear of offending the sensibilities of non-Catholics.

This last worry, if taken to its logical conclusion, makes the restoration of the temporal order an impossibility. But political and social change does not wait for unanimity, and Catholic political and social leaders should not be afraid to advance their own vision of society.