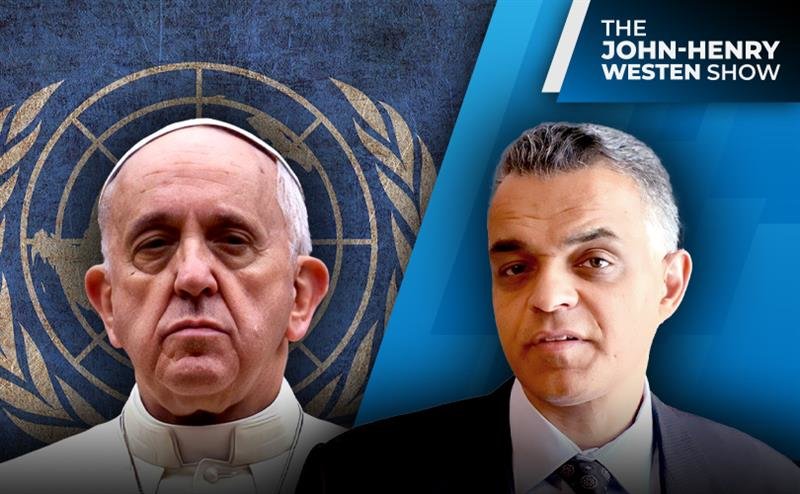 (LifeSiteNews) — Today’s John-Henry Westen Show is a bit different than our regularly scheduled programming. I present you the remarks I gave at an Oct. 1 press conference hosted by the Catholic Identity Conference in Pittsburgh, PA, about why faithful Catholics have a duty to resist the undermining of Church teaching perpetuated by globalists, the Vatican, and even Pope Francis himself on life and family issues. Watch or listen to the full remarks below. The text that follows is a partial transcript.

So from the very first moment of his pontificate, there was scandal. On the balcony with Pope Francis, with that tiny number of the College of Cardinals selected by the Pope to accompany him onto the balcony at his proclamation, was none other than Cardinal [Godfried] Danneels, known to be dissident on abortion, having encouraged the king of Belgium to sign a pro-abortion law. He supported gay “marriage” and wore the rainbow stole. And if that isn’t bad enough, he’s the only cardinal caught on tape encouraging a victim of pedophile incestuous sexual abuse not to report the abuse to authorities.

On day three, the Pope praised the heretic Cardinal Walter Kasper for doing “theology on the knees.” He banished Cardinals [Raymond] Burke, [Robert] Sarah and [Gerhard] Müller. He banished the Franciscan Friars of the Immaculate, the order of priests who were responsible for offering more Traditional Latin Masses than any other order apart from the Fraternity of Saint Peter itself.

He publicly praised Italy’s leading abortionist Emma Bonino, and met with her so much that this former illegal abortionist turned politician and champion of abortion now speaks at Catholic churches. He endorsed the U.N. Sustainable Development Goals, number 3.7 of which promotes abortion via the U.N. code words of “universal access to sexual and reproductive health care and services.”

In 2015, he invited a transgender couple to the Vatican and called the two females, one of whom had mutilated herself to appear as a man, “married” and “happy.” He referred to the mutilated woman as “he, that was her, but is he.” That’s surrendering the pronoun wars.

Under Pope Francis, the Church did a 180-degree about-face on population control. Whereas Pope John Paul II called the pro-life movement to fight the population at the United Nations, Pope Francis made the biggest population control advocates like Jeffrey Sachs, Paul Ehrlich and Ban Ki-moon speakers at the Vatican itself on July 16, 2016.

He called co-habitation “real marriage” that had the “grace of real marriage” when referring to some in northern Argentina who felt they were monogamous in their sexual relations. He committed what can only be called idolatry with the Pachamama scandal and continued it in Canada recently with the Native shaman invoking one of the four directions to open the sacred circle of spirits to join them there, while Pope Francis and the attending cardinals all participated in the pagan ceremony with eyes closed and hands held reverently on their hearts.

Pope Francis was asked about avoiding pregnancy in areas where Zika virus was prevalent, and he noted that contraception was not an absolute evil. Asked for clarification, the Vatican confirmed that Pope Francis was approving the use of contraceptives and condoms in grave cases. And in case that wasn’t clear enough, the Pope has now permitted the so called Pontifical Academy for Life to openly suggest a change to the Church’s perennial teaching against contraception.

But you know, some people might say that these are not official documents, the “Church” of the Church. They don’t actually represent anything magisterial, and they can be ignored. Well, not so fast …

Listen to the rest below or click here to watch.