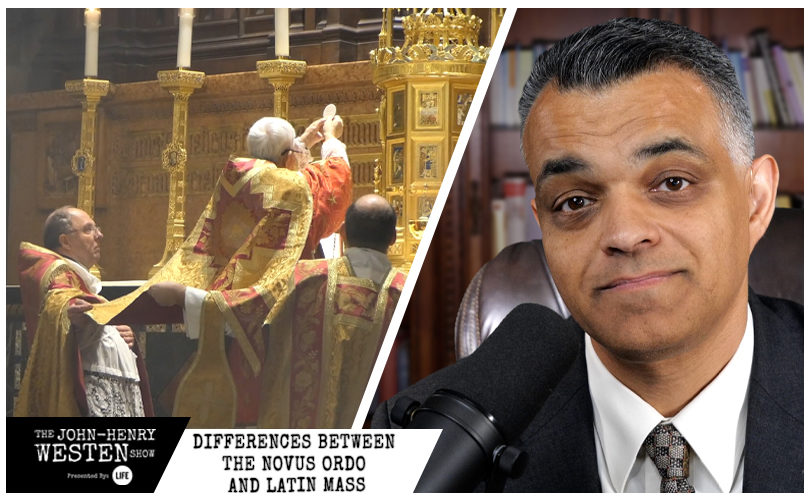 July 20, 2021 (LifeSiteNews) – In the wake of Pope Francis’s motu proprio Traditionis Custodes severely restricting the Traditional Latin Mass, which came out last Friday, I would like to share with you a basic take on what has been happening, including the differences between the Latin Mass and the Novus Ordo.

Before beginning, I want to point out that even though I myself attend a reverent Novus Ordo parish, when I have traveled I have had access to the Traditional Latin Mass and have been moved by it and longed for it. In this episode of The John-Henry Westen Show, I point out the changes that the New Mass has brought THAT make the Ancient Mass so attractive to so many young people today.

Prior to the Second Vatican Council and the introduction of the Novus Ordo in 1969, the Catholic Church had  formalized the Mass more than 1,500 years ago at the Council of Trent. This liturgy, also known now as the TLM, the Old Rite, or the Mass of the Ages, was codified by Pope St. Pius V.

But during and shortly after Vatican II, the Catholic liturgy was drastically altered with major changes.

Some of these changes include:

These are just a few of the changes and differences between the two Masses, not to mention even the many theological significances of the actions of the priest during the TLM. Some of these were totally removed in the Novus Ordo.

Also, the very fact that the Old Mass was celebrated by countless saints throughout the ages for more than a thousand years, and then was drastically changed in the 1960s during a time of revolution against tradition and orthodoxy is a great tragedy for the Church.

All of this has led to the greatest abandonment of the faith in history.

It is up to us a Catholic laity to uphold the faith which was handed down to us from our predecessors and which Jesus Christ Himself gave to us. Please sign and share our petition to Pope Francis that he may reconsider and rescind this unjust and scanadalous order.

And let us all pray, fast, and do penance for the salvation of souls, including our shepherds, during these difficult days in the Church and the world.