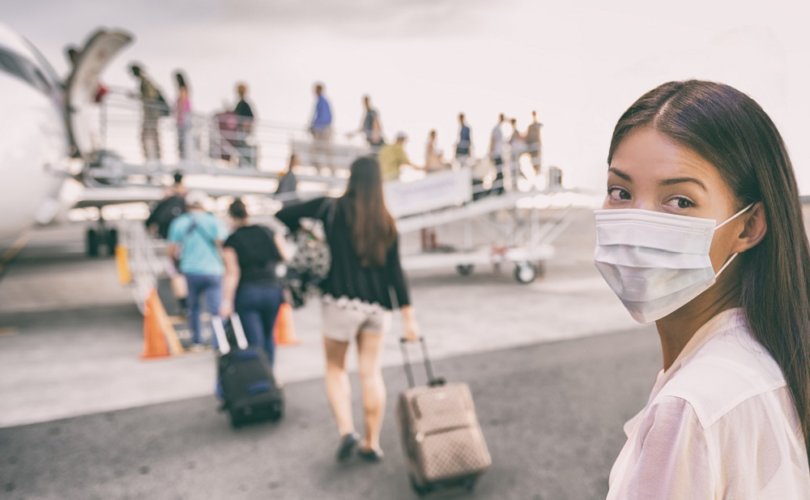 March 16, 2020 (LifeSiteNews) — In times of crisis, societies are forced to re-evaluate a great many things. In the face of the global coronavirus pandemic, we are already seeing choices being made that are an indication of what we value. Most countries, for example, are accepting the reality of massive economic damage in order to protect the elderly and the vulnerable. This is the right choice to make. Lives should always be worth more than things. There will be much more difficult choices to make in the days ahead — and some of them, if the stories of doctors in Italy being forced to decide which patients to attend to are any indication, may be horrifying.

Several years ago, the veteran journalist Ted Byfield told me he thought a lot of the new sexual fads sweeping the West — such as the recent obsession with gender fluidity and folks claiming to be non-binary and all the rest of it — were nothing more than the sorts of luxuries that crop up in decadent societies. If the economy were to crash or some other great crisis were to hit, he predicted, we would all be forced to pay attention to what actually matters in a very big hurry.  While traveling Africa a few years ago, I noted that he was correct: Most of the people I talked to in five different countries simply thought that the caterwauling of the elites about transgender pronouns and other niche issues made us appear ridiculous and frivolous.

Douglas Murray made a similar point last week over at The Spectator:

As coronavirus sweeps across the country, I am sure people will be reassured to know that the NHS is doing everything it can to address the pandemic, at such times when a health service’s resources are likely to be overstretched.

So it must come as exactly no comfort to see what one section of the NHS was highlighting this Friday:

There may be some lucky people who had to read that twice. Or read it more than once and are still labouring under the impression that the headline includes a glaring misprint.

Others, alive to the absurdities of the age, will know that the NHS is doing exactly what one would expect. As while, no, it is not the case that there are pregnant men, there are indeed people who are pregnant because they were born as women and have carried out a degree of physical transition to look like a man. A transition some way short of full surgical alteration as, after all, if somebody gives birth, they must have the necessary female organs and reproductive system. Something which would ordinarily have them categorised as ‘women’.

Anyway, people can read here about how to ensure that ‘pregnant trans men’ get equal care in the NHS. You can also learn about seahorses. Seahorses being a species where the male carries the baby. As though the fact that seahorses do means the NHS might pretend some human males do too.

Since it is possible that, in the days ahead, more people are going to need the lifesaving help of the NHS than usual, it seems an extraordinarily unwise use of NHS funds to make any kind of intervention on the matter of ‘seahorses’ at this moment. For while one wing of the NHS is off in this la-la-land, the rest of the health service is having to deal with issues of deep, medical urgency. 'Equal, quality care' is going to have a very different ring to it by this time next month — a point at which I predict almost nobody in the country will be asking about seahorses.

I think Murray is right, although the progressives will probably attempt to insert their causes into all of this as much as possible (as the obsession with claiming that we should be primarily concerned with how racist the coronavirus is making people illustrates). We don’t know the impact the coronavirus is going to have yet, but if the most pessimistic analysts are right, we are on the brink of a great reckoning that may change a great many things. The world may look very different six months from now.

I was reminded, as I read obsessively through coronavirus updates this weekend, of the old adage that crippling a democracy does not require censoring information, but simply providing so much that nobody knows what is true anymore. We now seem to have settled on the consensus that this is a genuinely dangerous virus that requires drastic social measures, but for the first several weeks, we’ve gotten to see, up close, what it means to live in a low-trust society: nobody knew precisely what to believe, because everyone was positive that every source was biased and hiding a partisan agenda. Even those who spoke of unity were regarded with suspicion.

I conducted an interview last weekend with the Italian freelance journalist Alessandra Bocchi, who is currently in quarantine in Rome, and she made an interesting point about what many people are beginning to realize. Many people in rural communities, she noted, are not concerned about food shortages, as they know where their food comes from, and many of them have immediate access to food and livestock. City-dwellers, on the other hand, are concerned that grocery stores may begin to grow empty as global supply chains get cut off. In short, she noted, this crisis may force us to begin to rethink globalization as we realize that “extreme localism” may be essential in the days ahead.

As a final note, I was grateful that President Donald Trump declared a national day of prayer yesterday, and I hope the leaders of other nations follow suit. We in the West like to think we are in control of things, and this pandemic has shown us clearly once again that we are in control of nothing. In a matter of days, entire nations are on lockdown, the global economy is grinding to a halt, health care systems are beginning to prepare for disaster scenarios, and all of our plans are being canceled.  The extent of this judgment is not yet clear, but the fact that this pandemic is a divine calling cannot be questioned. As the streets empty and businesses shutter, one message rings out loud and clear: “Be still and know that I am God.”