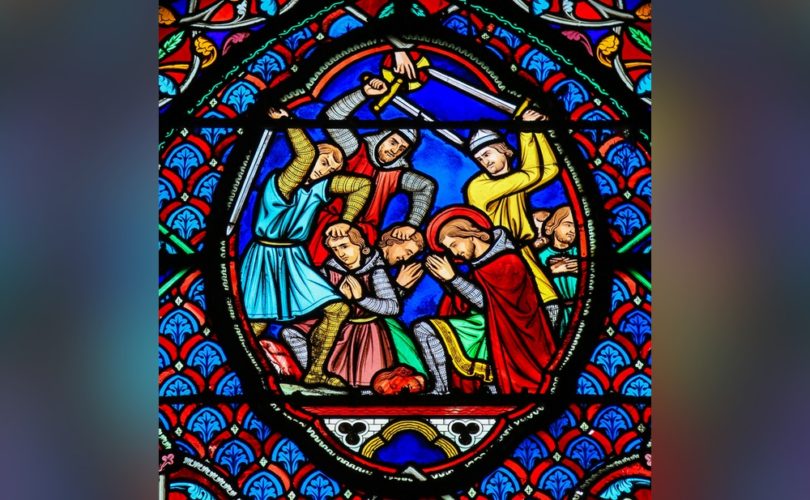 October 17, 2018 (LifeSiteNews) – Have you ever felt, during Mass at a parish where the music seems to fall somewhere on the spectrum between caterwauling animals and rebel spirits banished from heaven, that you are suffering a dry martyrdom for the Faith? There are probably very few Catholics on the face of the earth who have not experienced such moments, given the general drift of the past decades into hitherto unimagined realms of banality and tastelessness.

I have frequently maintained that anyone can put up with a lot for a short time but that one should do one’s best to avoid a long-term spiritual starvation diet, or worse, a diet loaded with MSG [Miscellaneous Sonic Garbage]. In other words, if we can find a better parish or chapel, we have an obligation to God, to our own soul, and certainly to our family, to find it and go there—and this may eventually mean moving elsewhere. As hard as that may sound, it is an inescapable conclusion if we start with the premise that the solemn public worship of God in the liturgy is the font and apex of the Christian life.

Yet there are factors that seem imprisoning: our family roots or needs; our job security and financial situation; educational institutions; long-time friendships—so many things that tie us down to a place, even if the Catholic Church in that town or diocese is trapped somewhere in the 1970s and hasn’t found its way out of the wreckage.

If that is your situation—it has occasionally been mine, too—we have a lot to learn from the witness of confessors and martyrs of the Faith, who often had to face far more crippling limitations on their freedom to “worship the Lord in the beauty of holiness.”

Take Saint Philip Howard, one of the Forty Martyrs of England and Wales. After his conversion from Anglicanism to the Catholic Faith (thanks to hearing a public debate between St. Edmund Campion and the English divines), he was captured and imprisoned in the Tower of London for more than ten years. During this time he was forbidden to receive any visitors, including his wife and their son who was born after his imprisonment.

Martyrs have a way of putting things in perspective. The next time the “music ministers” crank up that wretched opening hymn at the local parish, call to mind Saint Philip Howard and how, with God’s grace, he turned a bitter imprisonment into a source of sanctification, an Introit for the Mass of Heaven. (If there’s a better parish you can get to, however, I’m sure Saint Philip would recommend doing so—as he would have done himself, had he not been thrown in jail against his will!)

It has been easy for a long time to think: “What a relief that we are not living under a totalitarian government like that of Queen Elizabeth I.” Recent violent street attacks on pro-lifers should prompt us to reconsider.

Mankind has not seen the end of persecutions against the Faith. The princes and playboys of the twenty-first century Western world now prefer the bloodless methods of mockery, ostracism, and litigation, but who knows how long it will be before they take up again the more direct approach of their barbarian ancestors—or the Communist and Fascist military states of the twentieth century? It is for no light reason that some call the last century “the Century of Martyrs”: in those one hundred years, more were killed on account of being Christians than in all earlier centuries combined.

Are we ready for what may be coming?