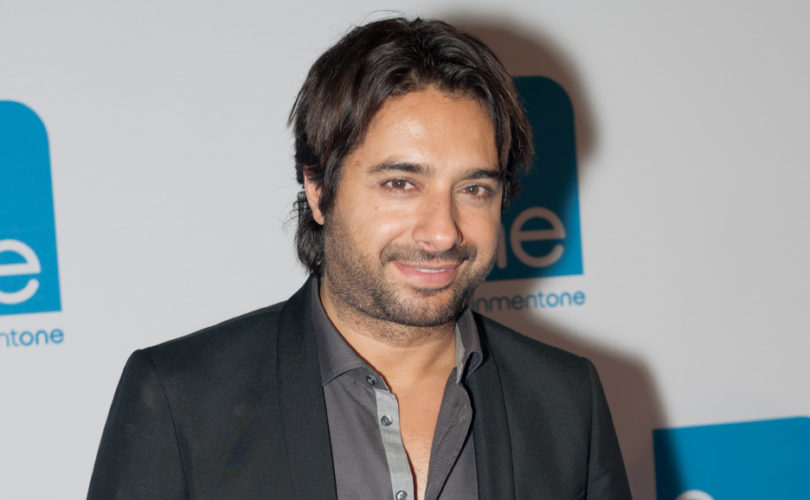 We now condemn violence against women—unless it turns men on. (Photo: Jian Ghomeshi)Shutterstock

Canadians aren’t confronted with sex scandals among the ranks of our so-called elite very often—especially since we lack the type of celebrity culture so prevalent south of the border. Thus, the news this weekend that sort-of-famous radio interviewer and host of the Canadian Broadcasting Corporation’s (CBC) top-ranked show “Q” Jian Ghomeshi was fired over allegations of physical and sexual violence toward women came as quite a shock to many.

The response has been interesting. Every so often, media outlets accidentally say more than they intend to. The sub-headline to the Toronto Star’s breaking news story “CBC fires Jian Ghomeshi over sex allegations” is one such time: “Ousted host of Q denies claims by three women of unwanted sexual violence and threatens to sue…”

The three women interviewed by the Star allege that Ghomeshi physically attacked them on dates without consent. They allege he struck them with a closed fist or open hand; bit them; choked them until they almost passed out; covered their nose and mouth so that they had difficulty breathing; and that they were verbally abused during and after sex.

Ghomeshi insists that the allegations are false insofar as nothing he did in the bedroom was not “consented to.” In an open letter that he begins with the salutation “Dear everyone,” he whines that while his sexual tastes may not be “palatable” to people, they are not any reason for us to judge him as a human being. If Ghomeshi gets off on sexual violence, that should be of no concern to anyone. In fact, he admits outright that people will probably hear how he engages “in all kinds of unsavoury aggressive acts in the bedroom”—but assures us that this does not happen “non-consensually.”

I’ve addressed this stupid and dangerous idea that consent somehow validates repulsive actions before: if someone consents to being beaten up, punched, slapped, whipped, called disgusting and degrading names, and have other things done to them that I will choose not to describe here, does that make it any less abusive? No, it does not. Now Brenda Cossman has chimed in in the Globe and Mail, agreeing with my analysis:

Ghomeshi begs his listeners and the public in his pathetic open letter to refrain from judging him just because he finds sexual violence against women (consented to or not) titillating. Revealingly, he even says that he and his “ex” referred to their relationship as being like “50 Shades of Grey.” That seems to be a good analogy—there is no black and white when it comes to sexual conduct anymore, even if that conduct includes black and blue.

Ghomeshi doesn’t seem to realize that the reason many people might not find his behavior “palatable” is because sexual violence in any form is unacceptable. But in his letter, he still manages to portray himself as the helpless victim of a campaign of demonization launched by spiteful women who he insists consented to such things. He even ends his letter with a truly vomit-inducing statement: “I have always tried to be a good soldier and do a good job for my country. I am still in shock. But I am telling this story to you so the truth is heard. And bring an end to the nightmare.”

Ghomeshi’s delusional rebuttal to those who might find his proclivity towards sexual violence (again, consented to or not) is borne out of a firm belief that he lays out earlier on: “Sexual preferences are a human right.” He might want to rethink that one. We already recognize that the sexual proclivities of many people—rapists and pedophiles, for example—are not a “human right” but a “human rights violation.”

Our culture’s sexual relativism is now facing some very hard questions—when can we judge behavior? Can we condone people intentionally hurting people, just because the context is sexual? Are we now supposed to think that just because two people may enjoy inflicting acts of sadism on one another, we should accept this as just one more option in the Sexual Revolution’s buffet of fantasies?

When did we move from “safe sex” to “safe words”?

In spite of the repulsive attempts by many to mainstream sadism and masochism in the sexual context as a new “sexual minority” (as was claimed by one writer over at Slate.com, in response to one of my LifeSite columns), men who want to beat up, restrain, and otherwise inflict sexual violence on women are not victims. We can see just how far our delusional sexual culture has gone when a number of women claim that they have had sexual violence inflicted on them by a celebrity, and that man’s defence is not that he didn’t engage in sexual violence, but that the women consented to it.