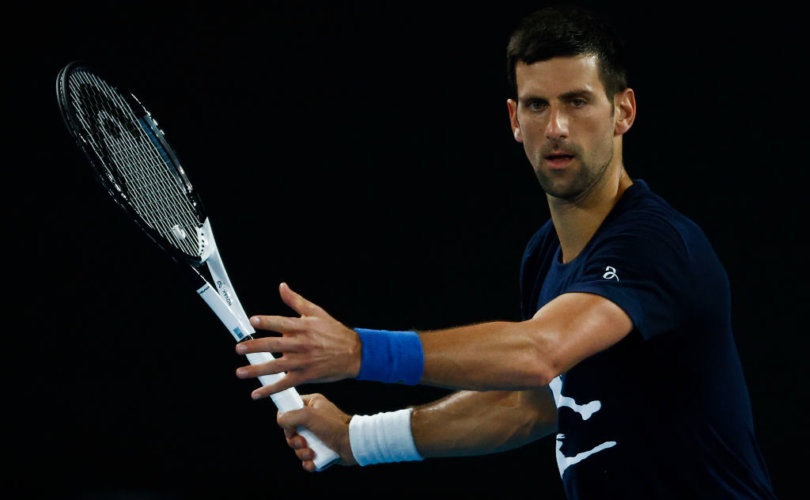 (LifeSiteNews) — Unlike tennis great Novak Djokovic, who has taken a very public stand against the woke medical tyranny of vaccine mandates at the risk of stalling his career at its peak, no U.S. sports professional has displayed such a principled stance over his league’s obsequious groveling to Black Lives Matter (BLM) or LGBT “Pride,” both of which threaten to undermine the nuclear family.

Djokovic told BBC News on Tuesday that he is willing to sit out upcoming major tournaments, as “that is the price that I’m willing to pay.”

Not a single Major League Baseball (MLB), National Football League (NFL), National Hockey League (NHL), or National Basketball Association (NBA) player, however, has paid that kind of price to resist the co-opting of his league and team by anti-family sexual revolutionary forces.

Over the last few years, large sports organizations have been delivering a dangerous message to the youth of America by idealizing sodomy and gender confusion.

MLB has been normalizing homosexuality for young baseball fans for years, going so far as to expose them to “Pride Nights” and gay “marriage” proposals.

Last year, the NFL produced a 30-second advertisement declaring to America’s youth that the great American pastime is “gay,” “lesbian,” “bisexual,” and “transgender.”

During the summer of 2020, MLB put on a horrific display as hundreds of professional ballplayers surrendered themselves to the abhorrent Marxist ideology of BLM.

By bending their knees, athletes paid homage not to civil rights, but to Marxism; to the destruction of the nuclear family; to transgender and gay political power squashing not just religious liberty, but religion itself; to the defunding of police; and to the erasure of western history and culture.

The NFL and NBA were less uniform in their display of support for BLM, but were nonetheless every bit as servile.

Please correct if I’m wrong, but I know of no professional team player who has walked away from his career in protest. All seem to prefer bootlicking and kowtowing, big salaries and fame, to standing in the breach to protect America’s youth.